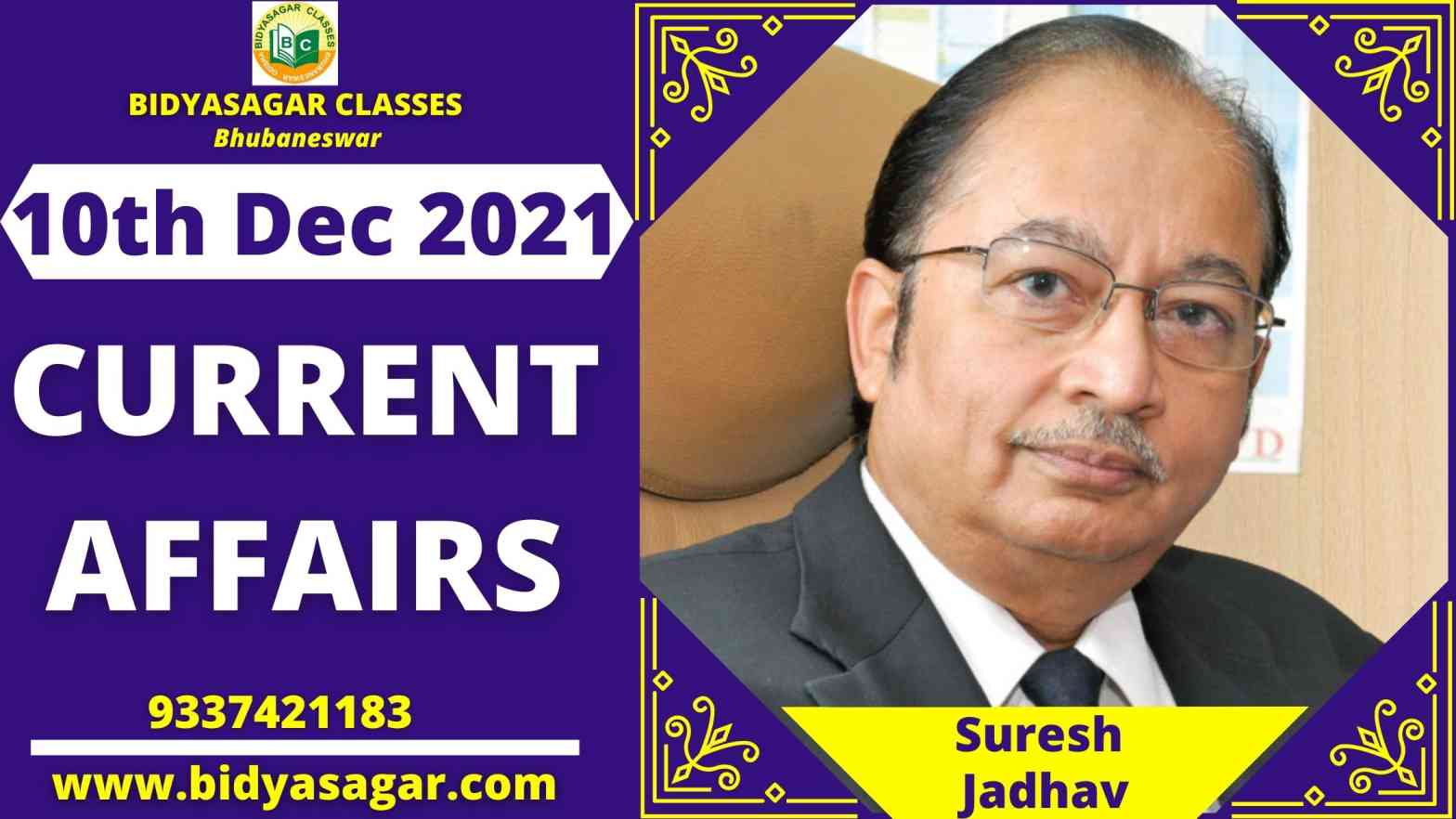 In this article, we will discuss all the important current affairs of 10th Dcember 2021 in detail.

3. The “Airtel India Startup Innovation Challenge” was launched in collaboration with Invest India.

4. India and Russia have agreed to purchase AK-203 assault rifles.

5. India is among the most unequal countries, according to the World Inequality Report 2022.

6. PMAY-G will be extended until March 2024, according to the Cabinet.

7. The Reserve Bank of India has designated Paytm Payments Bank as a scheduled bank.

10. Ropesh Goyal was named the winner of the “Young Geospatial Scientist” Award for 2021.

12. Awardee of the Padma Shri Nanda Kishore Prusty was killed in a car accident.