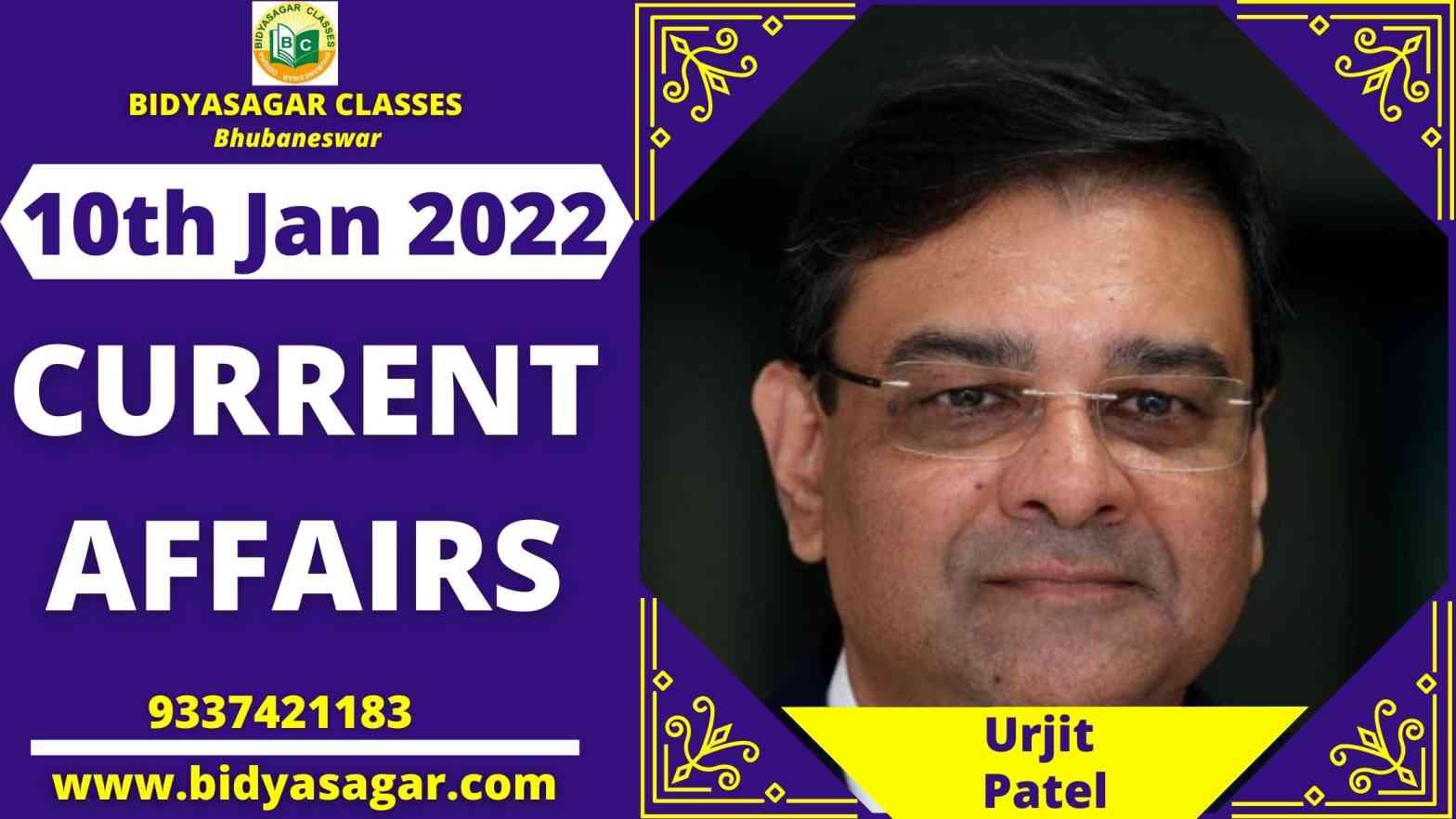 In this article, we will discuss all the important current affairs of 10th January 2022 in detail.

1. The Assam government has signed a Memorandum of Understanding with the National Dairy Development Board (NDDB) to establish a joint venture worth Rs. 2000 crore for dairy development.

2. The National Tiger Conservation Authority’s 19th meeting was headed by Bhupender Yadav, and 14 Tiger Reserves were awarded. Accreditation by CA|TS

3. TCS was chosen by MEA for the second phase of the Passport Seva Program.

4. The Ganjam district of Odisha has been certified child marriage-free.

5. According to the SBI Ecowrap research, India’s GDP growth will be 9.5 percent in FY22.

6. Limits on cash withdrawals and micro statements on AePS transactions were implemented by NPCI.

7. RBL Bank teamed together with Google to develop a next-generation customer experience.

8. Reliance bought a 73.37 percent share in the Mandarin Oriental hotel in New York.

9. Urjit Patel has been named as the Asian Infrastructure Investment Bank’s Vice President.

10. IBBI Chairperson Navrang Saini has been given new responsibilities.

12. The ‘International Craft Award for 2021’ went to the Kerala Arts & Crafts Village Organization.

13. Marilyn Bergman, an Oscar-winning songwriter and composer, has died.