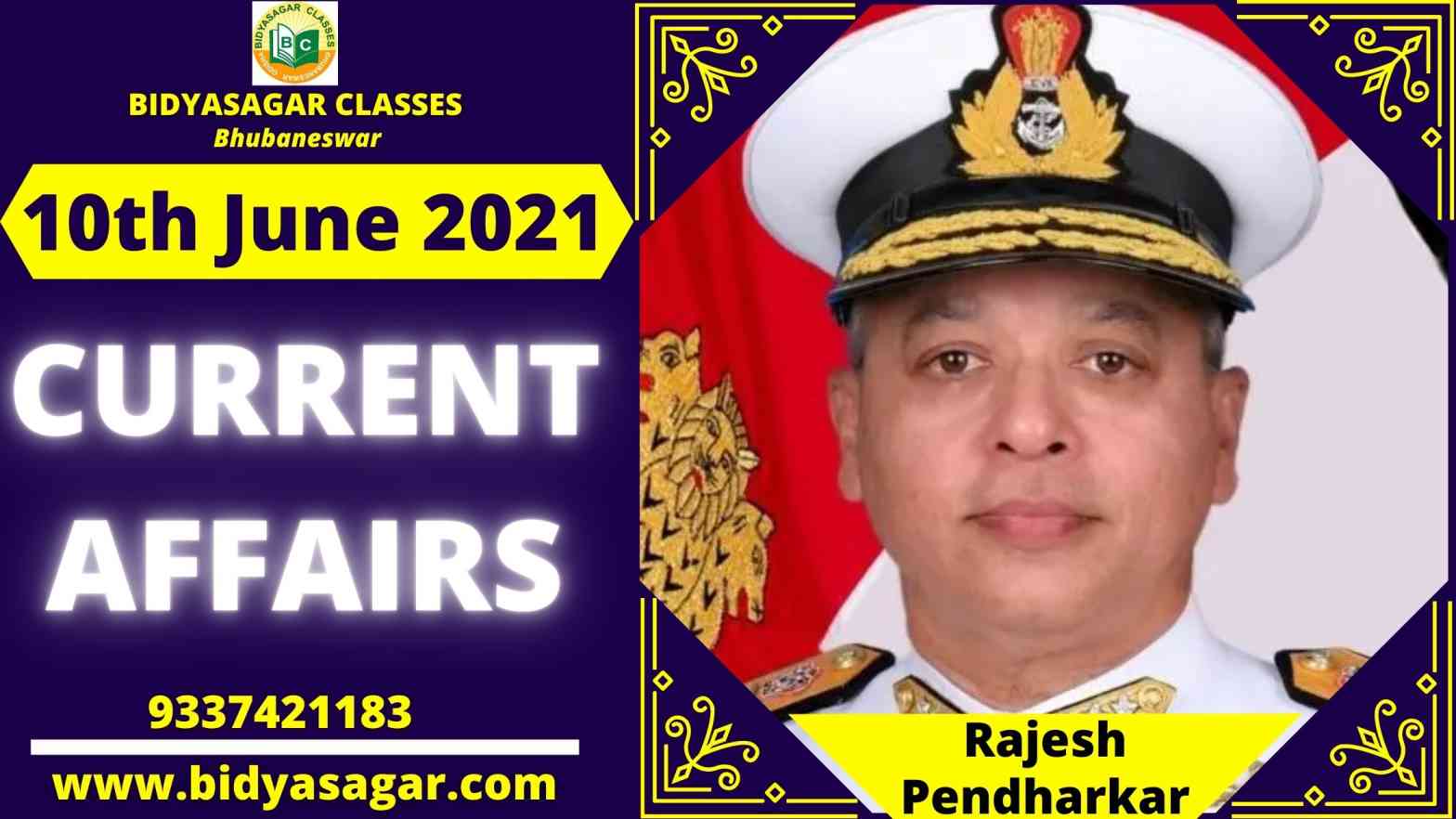 In this article, we will discuss all the important current affairs of 10th June 2021 in detail.

1.Weyan is the first village in the world to vaccinate its entire adult population.

2.India is taking all steps to eliminate single-use plastic by 2022, according to Prakash Javadekar.

3.PM Modi announces the beginning of the E-100 initiative.

4. The government has approved the allocation of 5 MHz of spectrum in the 700 MHz frequency band to the railways for improved train safety and security.

5. Under PMAY-U, the government has approved 708 projects for the construction of 3.61 lakh dwellings.

7.According to an Economist survey, Dhaka and Karachi are among the world’s 10 least livable cities.

8. El Salvador is the first country to legalise bitcoin as a form of payment.

12. The RBI has approved the re-appointment of CS Ghosh as MD and CEO of Bandhan Bank.

13. Spoorthi Priya is the new India Grievance Officer on Facebook.

16. An Indian-American student has won a prestigious award for developing an environmentally friendly foam substitute.

17. Three Indian universities rank among the top 200 universities in the world according to the QS World University Rankings.

18. Rhea Chakraborty is an Indian actress. The ‘Times 50 Most Desirable Women 2020′ list has her at the top.

19. Director-producer of casting Seher Aly Latif, known for the film “The Lunchbox,” has died.