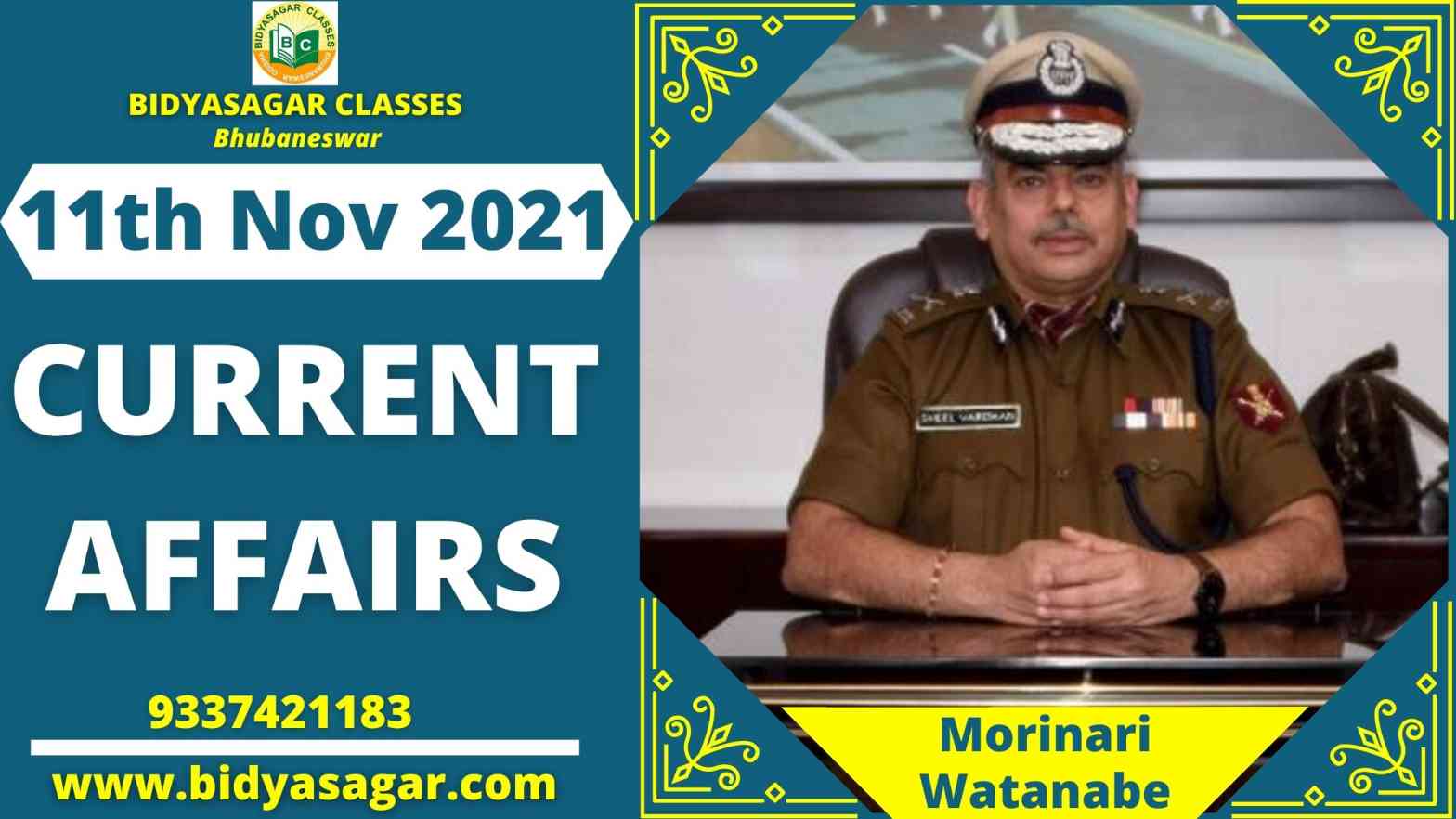 In this article, we will discuss all the important current affairs of 11th November 2021 in detail.

1. The Cabinet has decided to celebrate Janjatiya Gaurav Divas on November 15th.

2. India is placed 10th in the Climate Change Performance Index.

3. For construction workers, the Delhi government has created the ‘Shramik Mitra’ scheme.

4. The United States joins the ISA as the 101st member country.

5. Sheel Vardhan Singh, an IPS officer, will lead the CISF.

6. Amitabh Bachchan has been appointed as Amway India’s brand ambassador.

7. The next Chief of the Naval Staff will be Vice Admiral R Hari Kumar.

8. Dwayne Bravo has announced that he will no longer play international cricket.