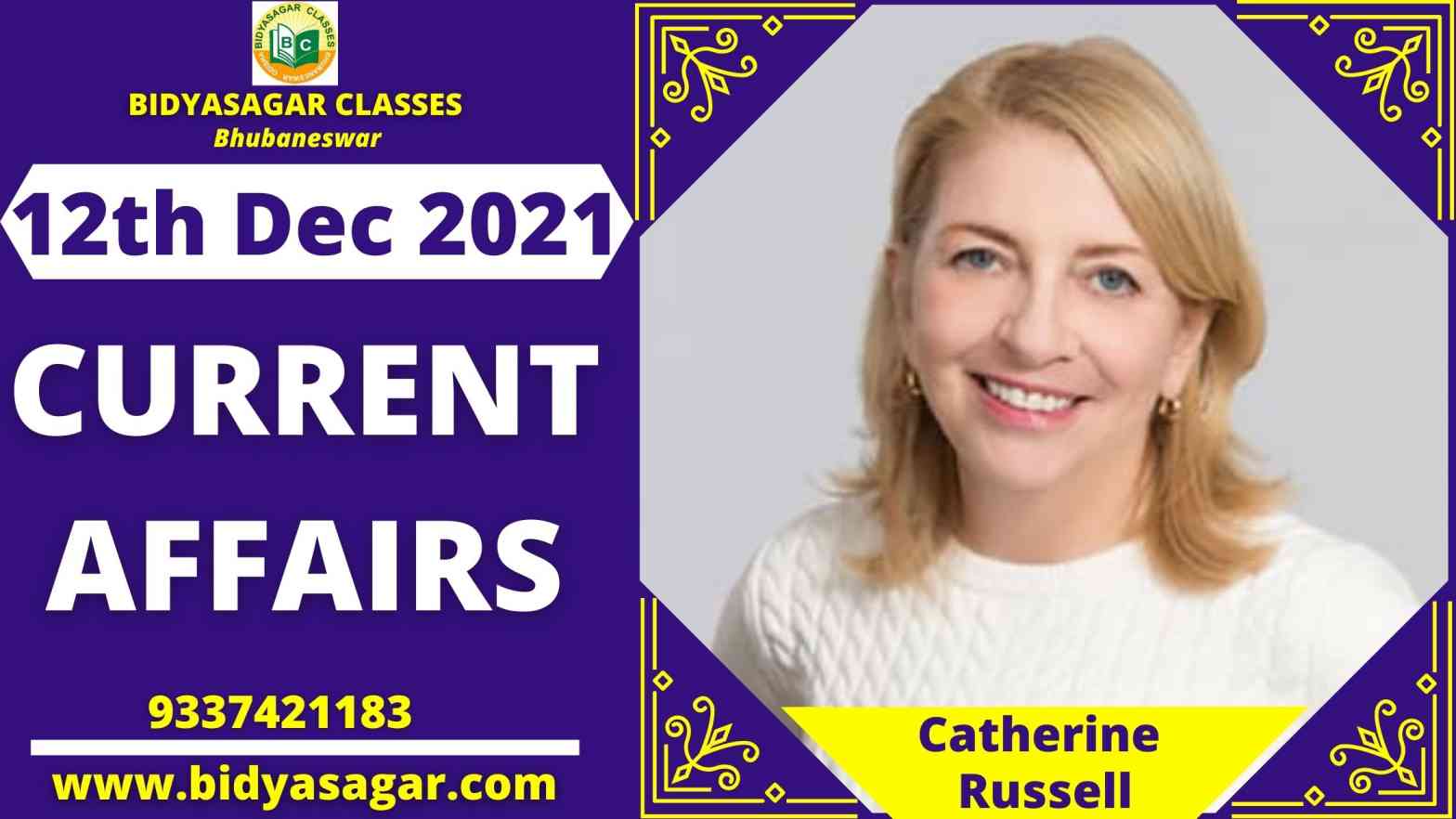 In this article, we will discuss all the important current affairs of 12th Dcember 2021 in detail.

2. The Ministry of Defense has signed an agreement with Gandhinagar’s IITE to train 800 Sainik School instructors.

3. In terms of total registered electric vehicles in India, Uttar Pradesh, Delhi, and Karnataka are at the top.

4. India is ranked 66th in the Global Health Security Index for 2021, whereas the United States is ranked first.

5. UNICEF: COVID-19 is the most serious global threat to child progress in UNICEF’s 75-year history.

9. India’s recovery is expected to be faster than that of the other BRICS countries, according to the BRICS Economic Bulletin 2021.

10. Catherine Russell is named Executive Director of UNICEF by the United Nations.

12. Professor Neena Gupta has been awarded the DST-ICTP-IMU Ramanujan Prize for Young Mathematicians for the year 2021.

13. “Watershed: How We Destroyed India’s Water And How We Can Save It,” by Mriduala Ramesh, is her new book.