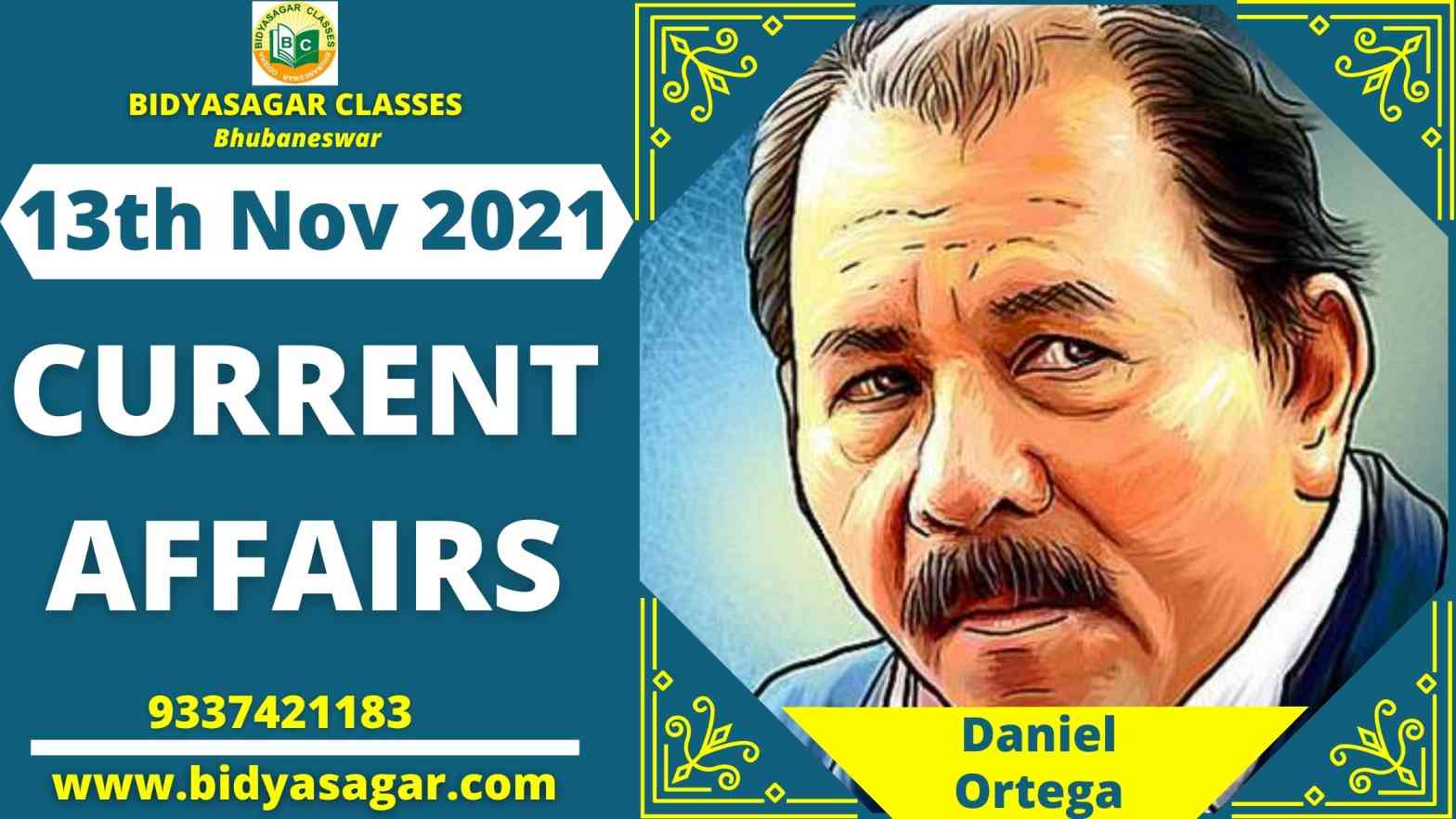 In this article, we will discuss all the important current affairs of 13th November 2021 in detail.

1. Wangala Festival is held in Meghalaya.

2. The Indian and Thai warships have started a three-day synchronised patrol.

3. Geojit has launched a facility for non-resident Indians (NRIs) to open trading and demat accounts.

4. SBM Bank and Visa are Niyo’s partners for a digital savings account.

5. For its merchants, BharatPe has launched a ‘Merchant Shareholding Program.’

9. The Securities and Exchange Commission (Sebi) has changed the requirements for the launch of silver ETFs.

10. NHSRCL and a Japanese agency have signed a memorandum of understanding for a high-speed rail line between Vadodara and Ahmedabad.

11. The BSE has partnered with the All India MSME Association to promote MSMEs’ listing on the stock exchange.

12. The TVS Motor Company has signed up to the United Nations’ Global Compact for Sustainable Development.

13. Nicaraguan President Daniel Ortega is re-elected for a fourth term.

15. Anand Shankar Pandya, a well-known novelist, died at the age of 99.