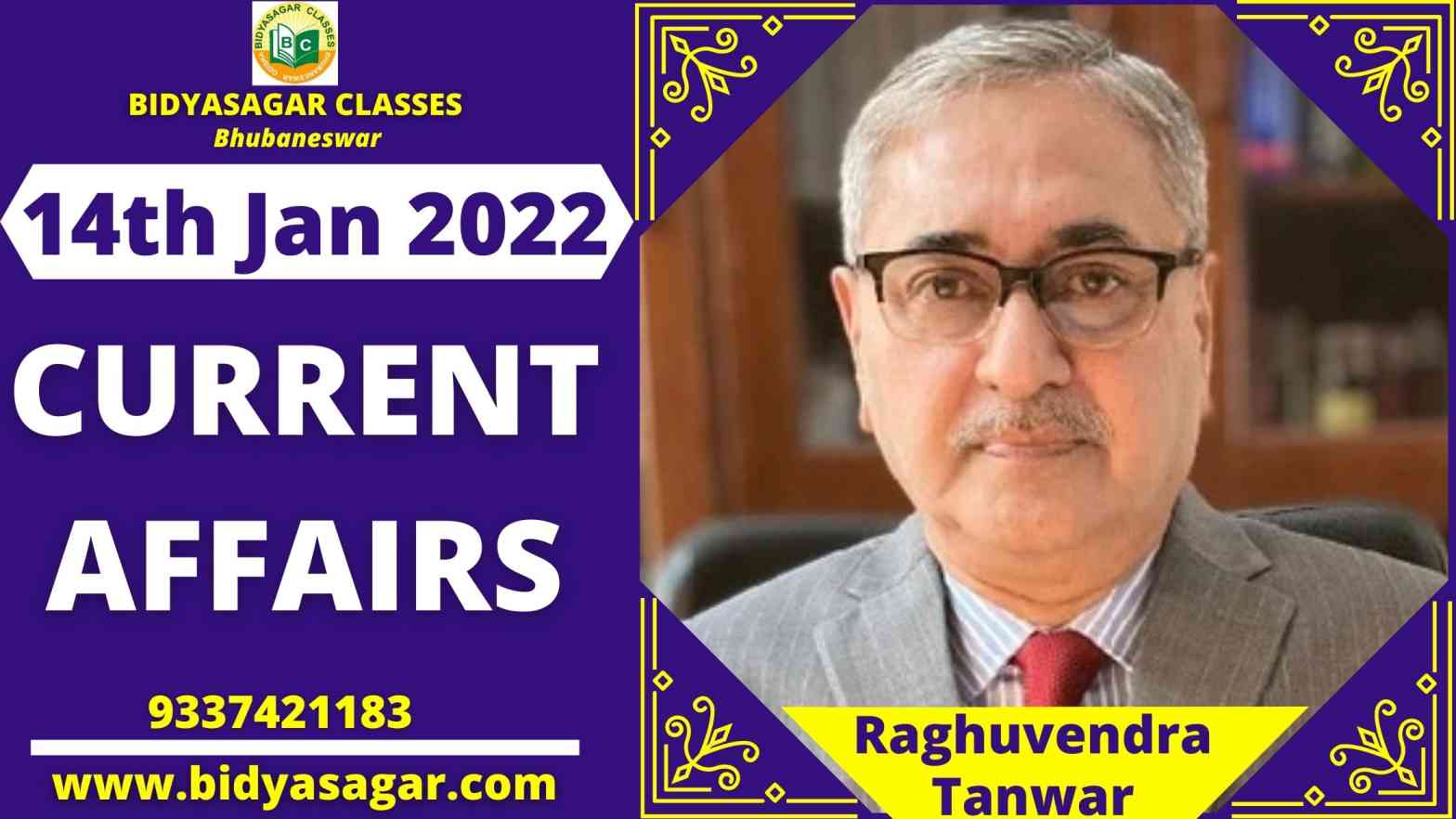 In this article, we will discuss all the important current affairs of 14th January 2022 in detail.

1. In Manipur, the 18th Kachai Lemon Festival has begun.

2. Odisha came out on top in the India Skills 2021 nationwide competition.

3. The Adani Group and POSCO of South Korea have inked a memorandum of understanding to establish a steel factory in Gujarat.

5. Nicaraguan President Daniel Ortega is sworn in for a fifth term.

6. NABARD and Arthimpact Digital Loans have inked an agreement to support SHGs.

9. In its World Economic Situation and Prospects 2022 report, the UN predicted that India’s GDP would increase at 6.5 percent in FY22.

12. Raghuvendra Tanwar has been named chairperson of the Indian Council of Historical Research. Tanwar is a professor emeritus at Kurukshetra University (ICHR).

13. Savita Punia has been selected captain of the Indian women’s hockey squad for the 2022 Women’s Hockey Asia Cup.

15. Veterans Day of the Indian Armed Forces is observed on January 14th.