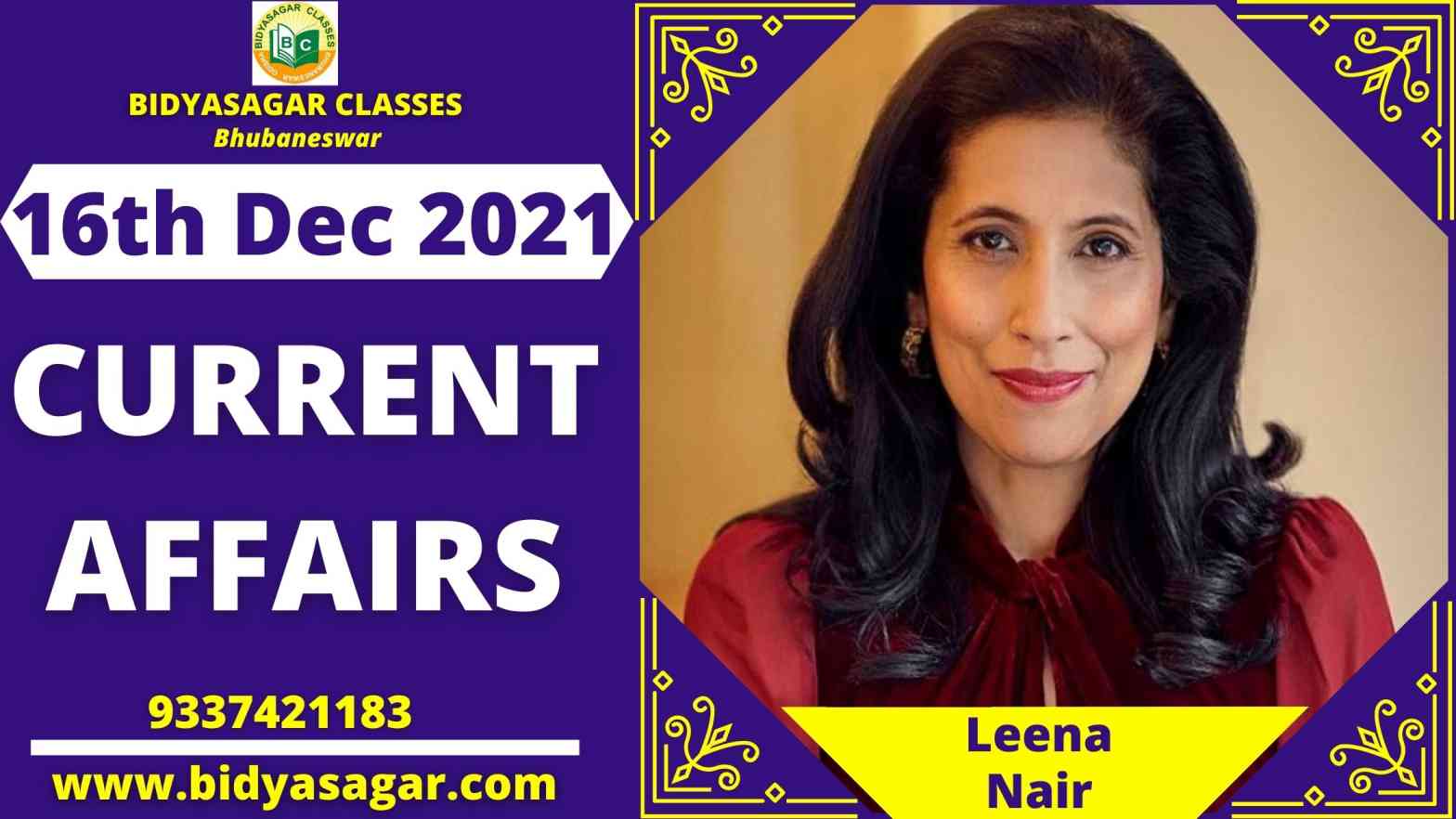 In this article, we will discuss all the important current affairs of 16th Dcember 2021 in detail.

1. The government has established a National Helpline to report atrocities against SCs and STs.