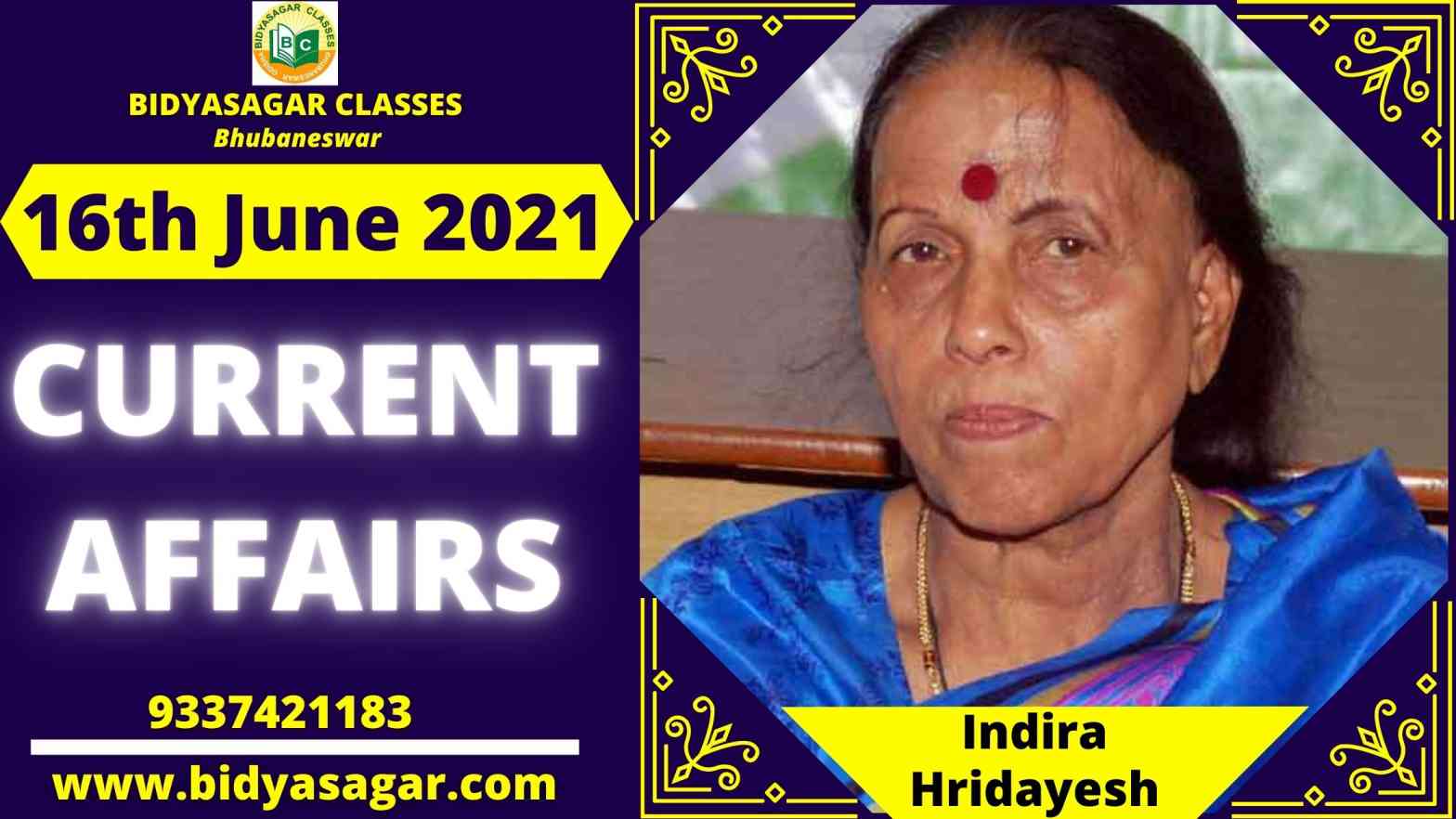 In this article, we will discuss all the important current affairs of 16th June 2021 in detail.

2. The Cabinet of Uttar Pradesh has approved a proposal for a world-class bus station in Ayodhya.

3. The Chief Minister of Gujrat inaugurates a Command Centre for Real-Time Monitoring of Government Schools.

5. Bal Thackeray will be honoured with a new airport in Navi Mumbai.

6. Under the Jal Jeevan Mission, the Centre allocates a whopping Rs 10,870.5 crore to Uttar Pradesh.

8. The Ambuja Cement Foundation and NABARD are teaming up to train rural youngsters across the country.

10. Policybazaar has been granted an insurance broking licence.

11. The GST Council has reduced the levy on medical products used in covid therapy.

13. Vinesh Phogat, a wrestler from India, won the gold medal in the Poland Open.

15. Mushfiqur Rahim and Kathryn Bryce have been named ICC Players of the Month for May in Bangladesh.

17. Gottfried Bohm, the winner of the Pritzker Prize, has died.

18. International Day of Remittances to Family