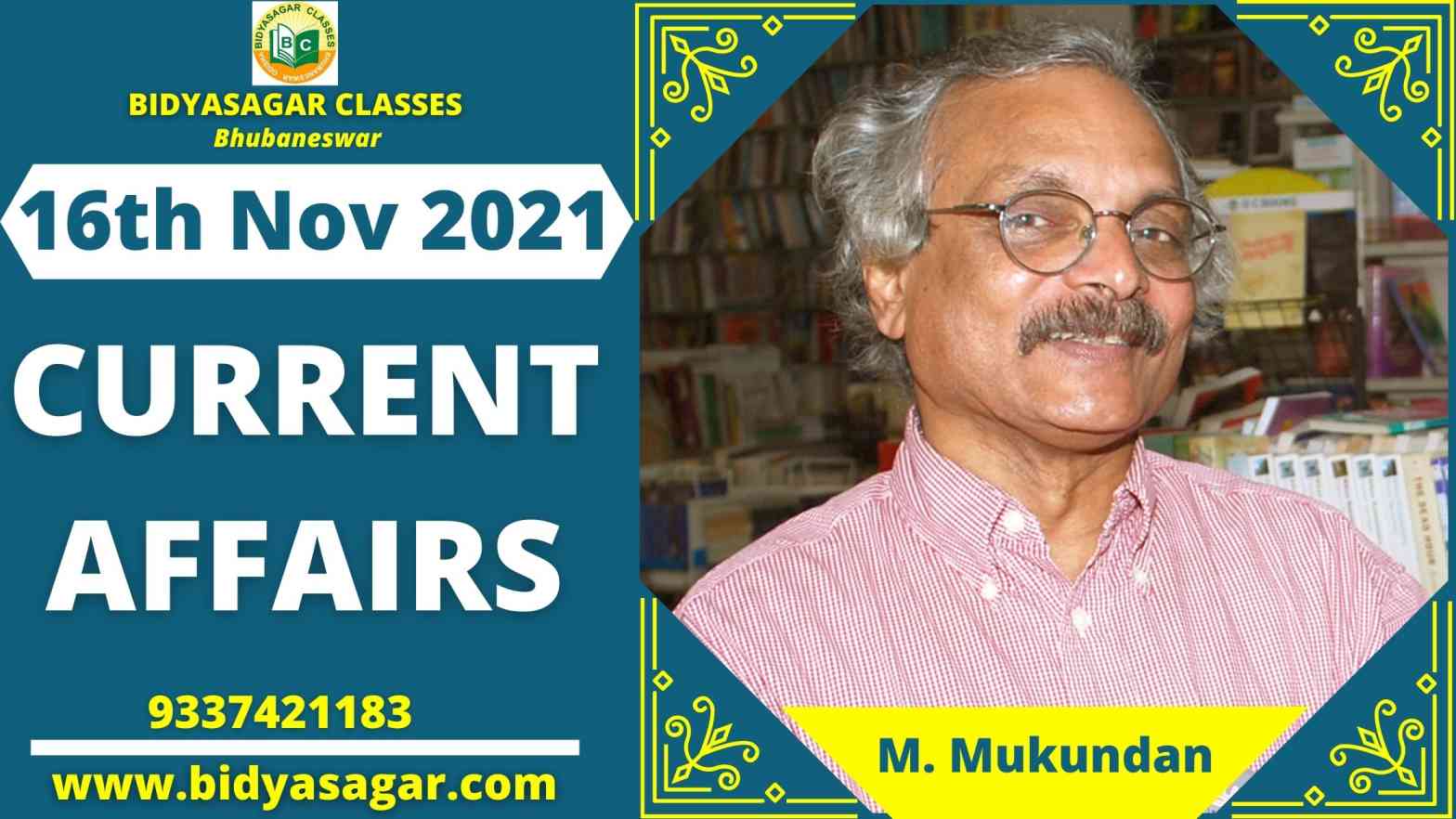 In this article, we will discuss all the important current affairs of 16th November 2021 in detail.

2. The 41st Scientific Expedition to Antarctica is launched by India.

3. India, Singapore, and Thailand are three of the most populous Asian countries. SITMEX – 21 is a trilateral maritime exercise held in the Andaman Sea.

4. This month, the Centre would release over 95 billion rupees in tax devolution to the states.

5. The Cabinet of Arunachal Pradesh has passed a climate change declaration.

6. The 41st Scientific Expedition to Antarctica is launched by India.

7. The World Bank and the Asian Development Bank have launched the ‘WePOWER India Partnership Forum’ in order to boost women’s participation in the energy sector.

9. The government and the Asian Development Bank (ADB) have signed a loan agreement for 61 million dollars for the development of Agartala.

10. The Centre proposes an ordinance that would allow ED and CBI directors to serve for up to 5 years.

11. The Centre has issued a notification extending the terms of the IB director, the Defence, Home, and RAW Secretaries.

13. M. Mukundan, a Malayalam writer, has been awarded the JCB Prize for Literature in 2021.

15. The new novel by Salman Khurshid is about unity.

17. Babasaheb Purandare, a Padma Vibhushan awardee and historian, died at the age of 99.

18. The 16th of November is the International Day of Tolerance.

19. The 16th of November is National Press Day.