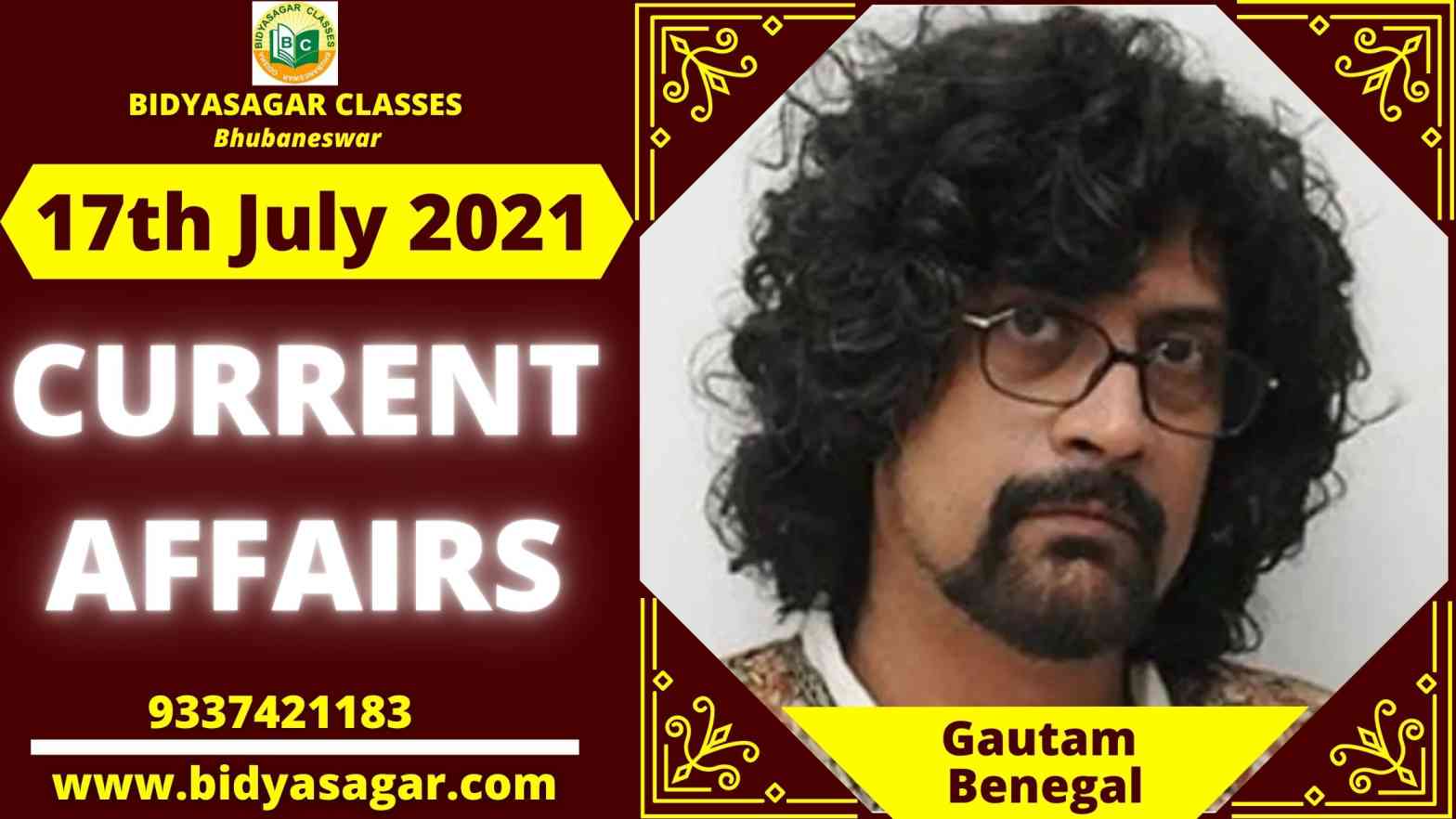 In this article, we will discuss all the important current affairs of 17th July 2021 in detail.

1. Kisan Sarathi, a government-run digital platform, has been launched.

2. On top of the renovated Gandhinagar Railway Station, the Prime Minister inaugurates a five-star hotel.

4. Through a Memorandum of Understanding with MapmyIndia, MeitY makes map services available in the UMANG App.

5. India will be the first country to offer a Pod Taxi service between Noida Airport and Film City.

7. The Chief Minister of Meghalaya has launched a facial recognition system. A mobile app for retirees

9. India, Sri Lanka, and the Maldives are participating in a trilateral maritime security tabletop exercise.

10. The Indian Navy has received the first of two MH-60R Multi-Role Helicopters from the United States.

11. According to UNICEF, India has the highest number of under-vaccinated or unvaccinated children in the world, with 3.5 million, a rise of 1.4 million from 2019, due to the COVID-19 pandemic outbreak. It was also stated that by 2020, India would have over 3 million zero-dose children.

12. One-third of countries are doing little to help kids make up for lost time due to COVID-19 school cancellations.

13. Within the software, BUSY Accounting Software interacts with ICICI Bank for banking solutions.

15. Gokulam Kerala FC will compete in the AFC Women’s Club Championship for India.

16. Shibaji Banerjee will get the Mohun Bagan Ratna award. Posthumously

17. HarperCollins has announced the publication of Imtiaz Anees’ book “Riding Free: My Olympic Journey,” which tells the narrative of an Indian horse rider and his Olympic goal.

18. Vijay Gokhale’s book “The Long Game: How the Chinese Negotiate with India”

20. Gautam Benegal, a cartoonist and filmmaker, has died.