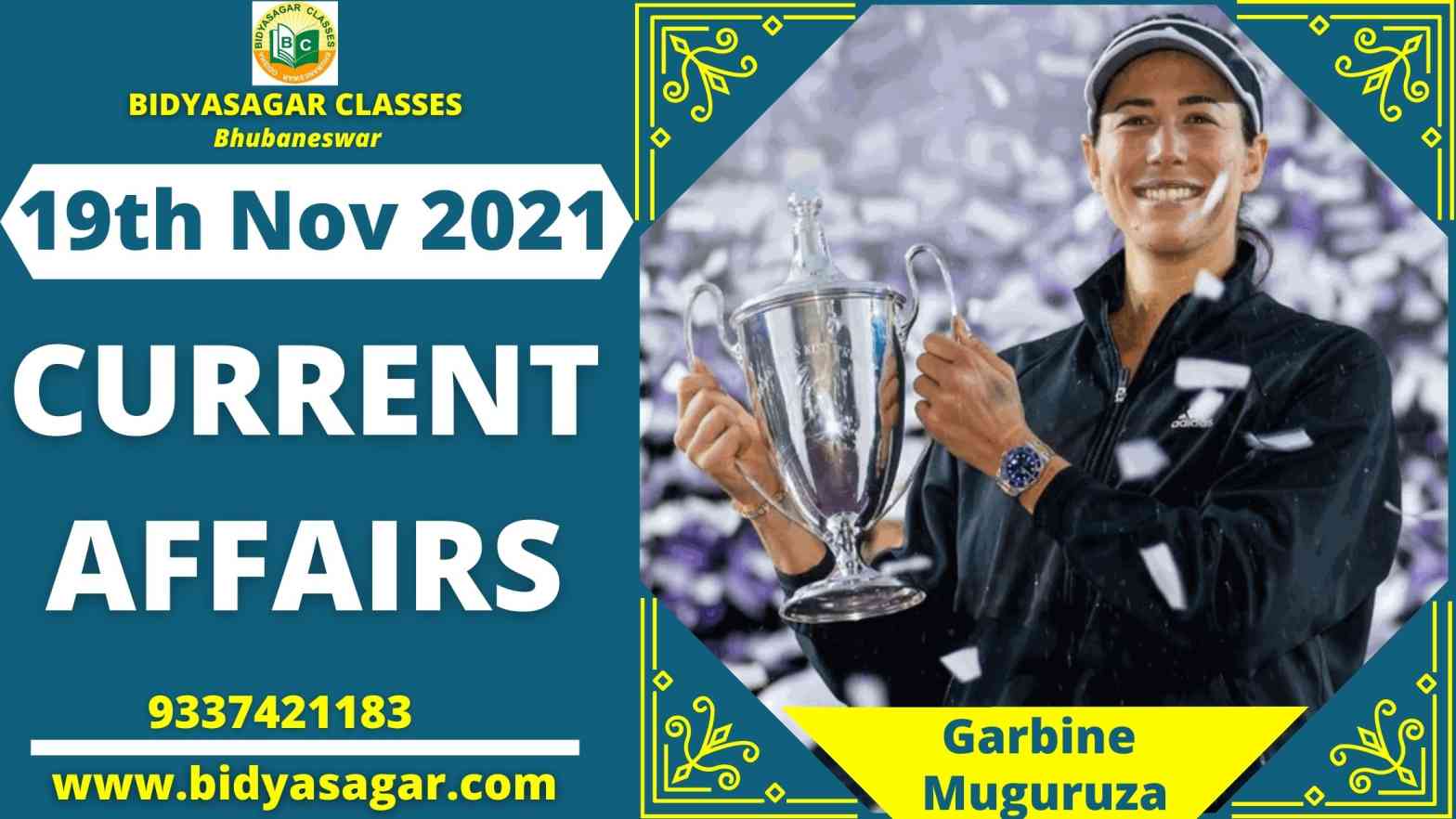 In this article, we will discuss all the important current affairs of 19th November 2021 in detail.

5. In the midst of the Ladakh standoff, the Army and the Indian Air Force are preparing for a winter deployment called Operation Hercules.

6. The Asian Infrastructure Investment Bank (AIIB) has approved a loan of USD 150 million for the implementation of the Chennai Metropolitan Area’s Sustainable Urban Services Program.

7. Mswipe and OneCard have teamed up to offer no-cost EMI at the point of sale.

8. SBI and U Gro Capital have agreed to co-lend to SMEs.

9. PM SVANidhi initiative gets a micro-credit facility from HDFC Bank.

10. The RBI has given NSDL e-Governance preliminary approval as an Account Aggregator.

11. Sanjay Kumar Mishra’s term as ED Director has been extended by the Centre for another year, until November 2022.

15. Novy Kapadia, a veteran sports broadcaster and football analyst, died at the age of 68.

17. The week of November 18-24 is designated as World Antimicrobial Awareness Week.