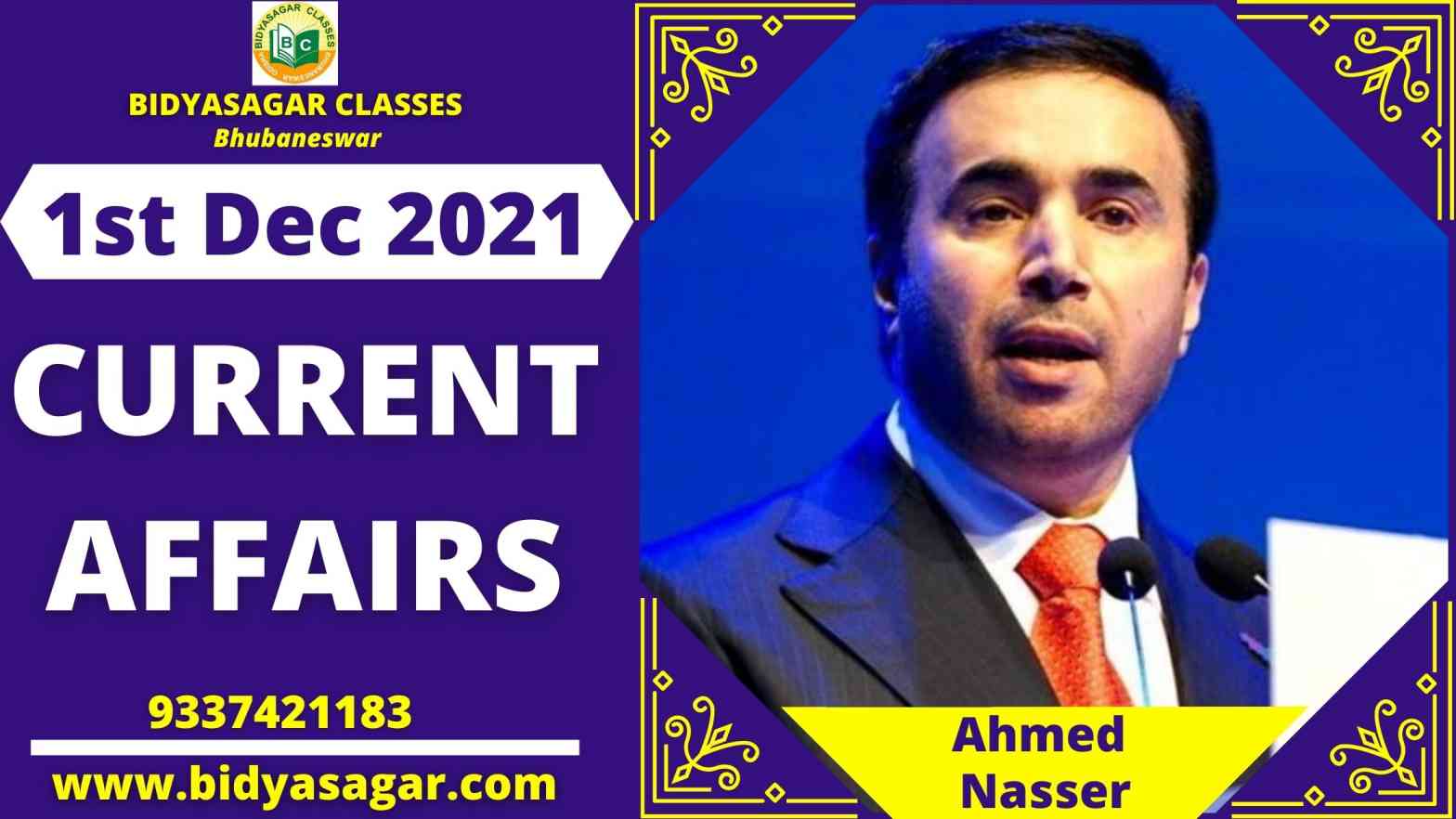 In this article, we will discuss all the important current affairs of 1st Dcember 2021 in detail.

1. The government has formed a committee to review the criteria for the EWS quota, with ex-Finance Secy Ajay Pandey serving as the panel’s chairman.

2. To boost tourism, the first-ever Aharbal festival was conducted in Kulgam, J-K.

3. Telangana and Kerala lead in H1 capex; UP and Maharashtra are laggards, according to the report.

4. The word of the year for 2021 is vaccination, according to Merriam-Webster.

5. By 2025, South Korea will have the world’s first floating metropolis.

6. SBI signs a memorandum of understanding with Usha International to support women businesses.

8. HSBC India has launched a credit card made of recycled PVC plastic.

9. Central Electronics is being sold by the government to Nandal Finance and Leasing for Rs 210 crore.

10. IRCTC and redBus have teamed up to launch the’redRail’ train ticketing service.

11. In the second quarter of the current fiscal year, India’s GDP increased by 8.4%.