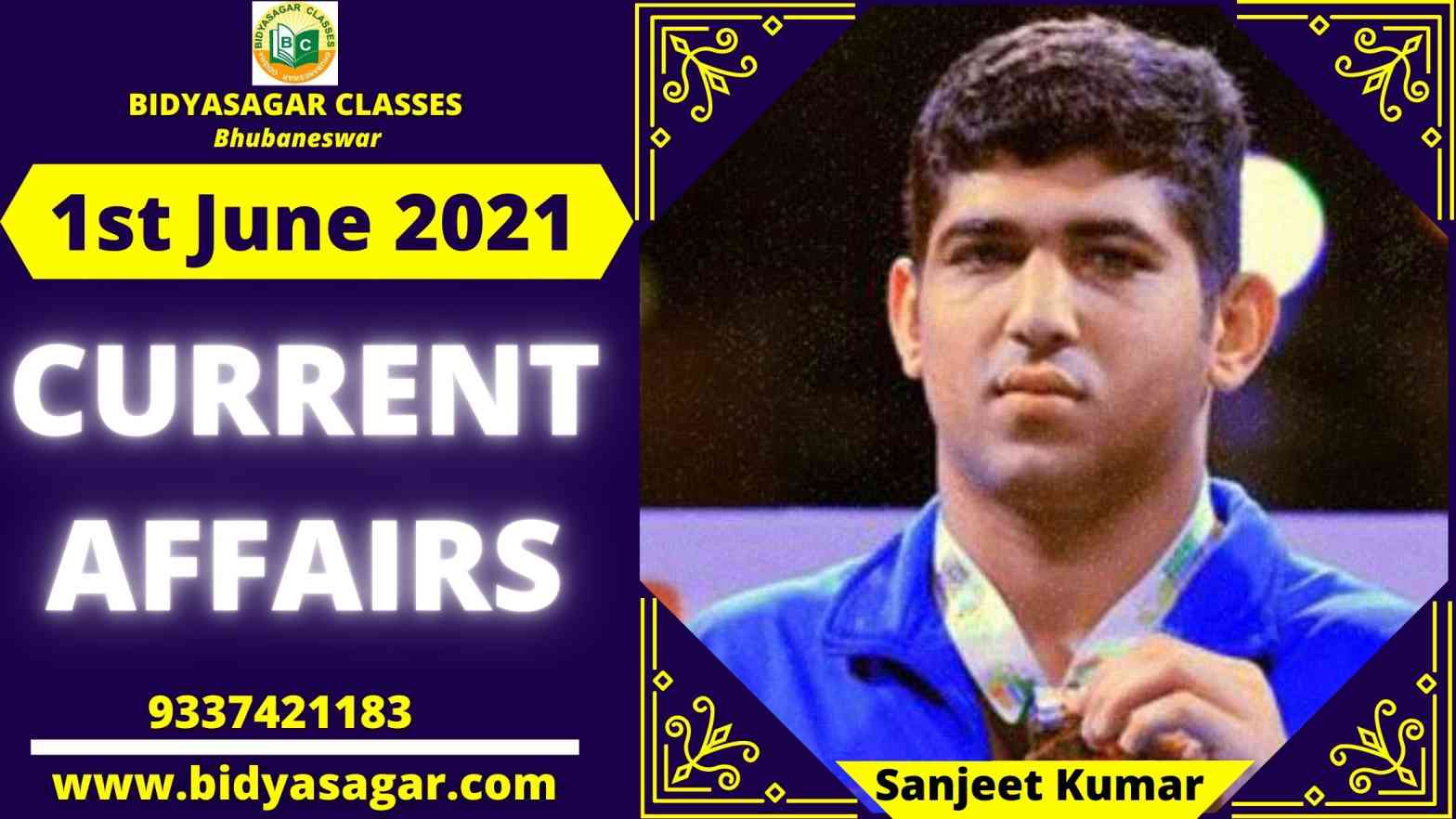 1. Gujarat will receive a grant of Rs 3411 crore from the Centre as part of the Jal Jeevan Mission.

2. The Union Health Ministry has approved an Rs. 1163.40 crore yearly plan for J&K under the National Health Mission.

3. Karnataka’s Health Department has launched an initiative called “Doctors Ride to the Village Side.“

4. The government has requested that four new helpline numbers be broadcast on private television news channels.

5. To ensure the comprehensive growth of horticulture, N S Tomar has launched the Horticulture CDP.

7. In the fight against the coronavirus, Canara Bank has announced three financing packages.

9. According to the OECD, the global economy will grow by 5.8% this year.

12. Dr. Harsh Vardhan has been recognised by the World Health Organization for his contributions to tobacco control.

17. Parents’ Day is celebrated on June 1st around the world.