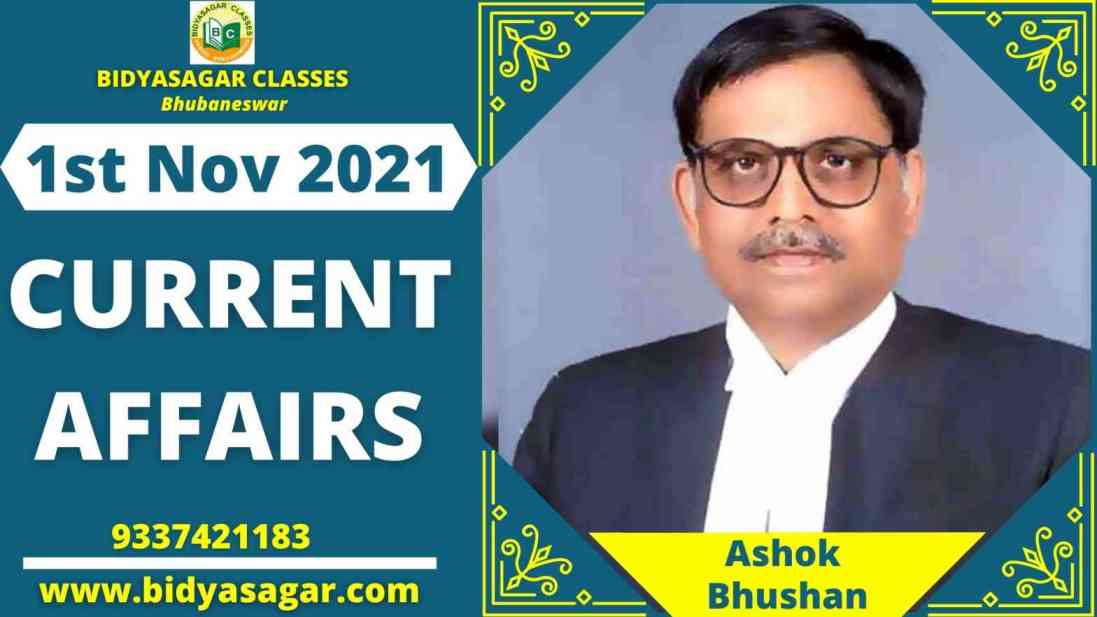 In this article, we will discuss all the important current affairs of 1st November 2021 in detail.

1. The CBSE has launched the Veer Gatha project to educate children about the valour of the military services.

2. The government has approved an interest rate of 8.5 percent on EPF for FY21.

7. Pneumococcal Vaccine Expansion Has Been Launched Across the Country

9. The Asian Development Bank has approved a $250 million loan for the development of India’s industrial corridors.

11. LEAF and Mastercard have teamed up to increase financial inclusion.

12. Microsoft has surpassed Apple as the most valuable company on the planet.

13. The NCLAT is chaired by Justice Ashok Bhushan, who was appointed by the government.