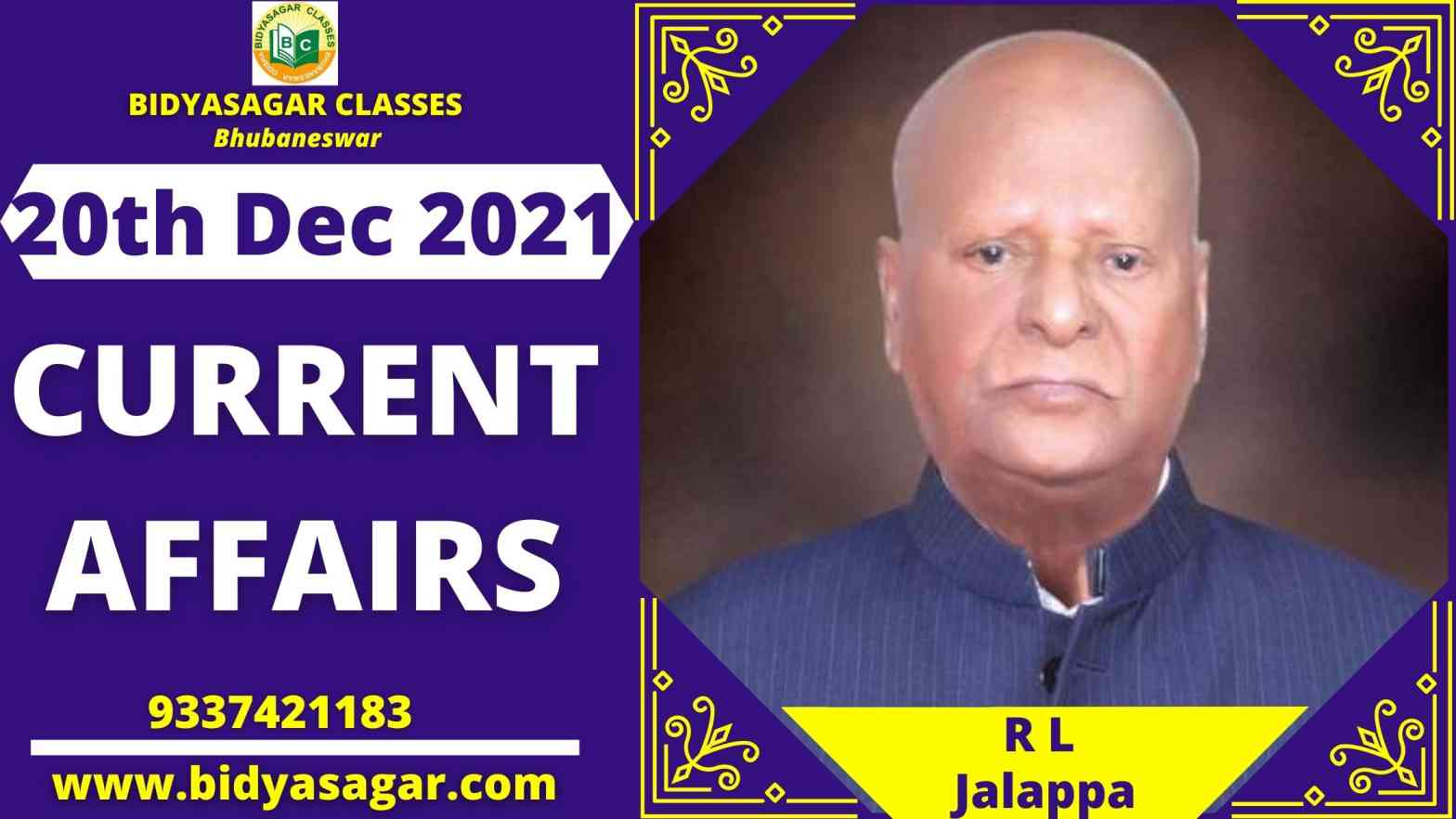 In this article, we will discuss all the important current affairs of 20th Dcember 2021 in detail.

3. Tata Motors has signed a Memorandum of Understanding with Maharashtra to establish a car scrapping facility.

4. GAIL and GACL have struck an agreement to build a 500 KLD bioethanol plant in Gujarat.

5. Karl Nehammer is sworn in as Austria’s new chancellor.

6. The International Financial Services Centres Authority (IFSCA), led by G Padmanabhan, established a group to develop a framework for the transfer of stressed loans from domestic lenders to financial institutions.

7. RBL Bank was given permission by the RBI to collect indirect taxes.

11. The Golden Peacock Environment Management Award was given to SAIL in 2021.

13. R L Jalappa, a former Union Minister and leader of the INC, died.