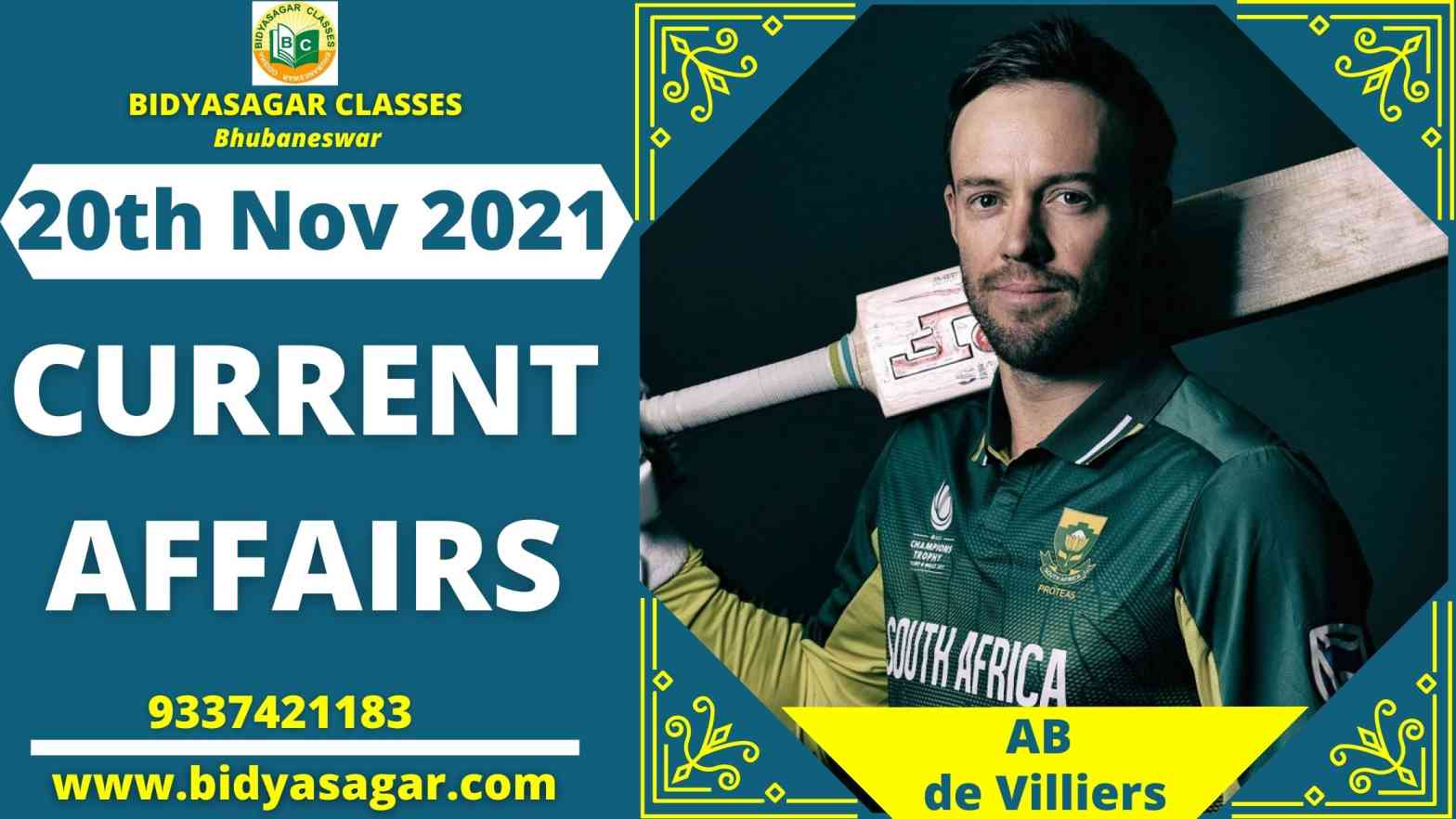 In this article, we will discuss all the important current affairs of 20th November 2021 in detail.

1. Pochampally village in Telangana has been designated as one of the world’s best tourism villages by the United Nations World Tourism Organization (UNWTO).

4. Salman Khan has been appointed as the Covid vaccine ambassador by the Maharashtra government.

7. In the United Arab Emirates, NPCI and Network International have signed a memorandum of understanding for UPI payments.

8. The AIIB has approved a loan of USD 150 million for the Chennai Metropolitan Area project, with additional 27 projects worth USD 5 billion in the works for India.

9. Bank of Baroda credit cards will be launched on the RuPay platform by BOB Financial and NPCI.

11. SIDBI and Google have teamed up to offer a $15 million financial support initiative to MSMEs.

12. Anil Kumble is replaced as chairman of the International Cricket Council by Sourav Ganguly.

13. S K Mishra’s tenure as Director of the ED has been extended by a year by the government.

14. AB de Villiers has announced his retirement from cricket in all forms.

15. The 2021 Erste Bank Open is won by Alexander Zverev over Frances Tiafoe.

18. Smriti Irani makes her debut as an author with Lal Salaam.