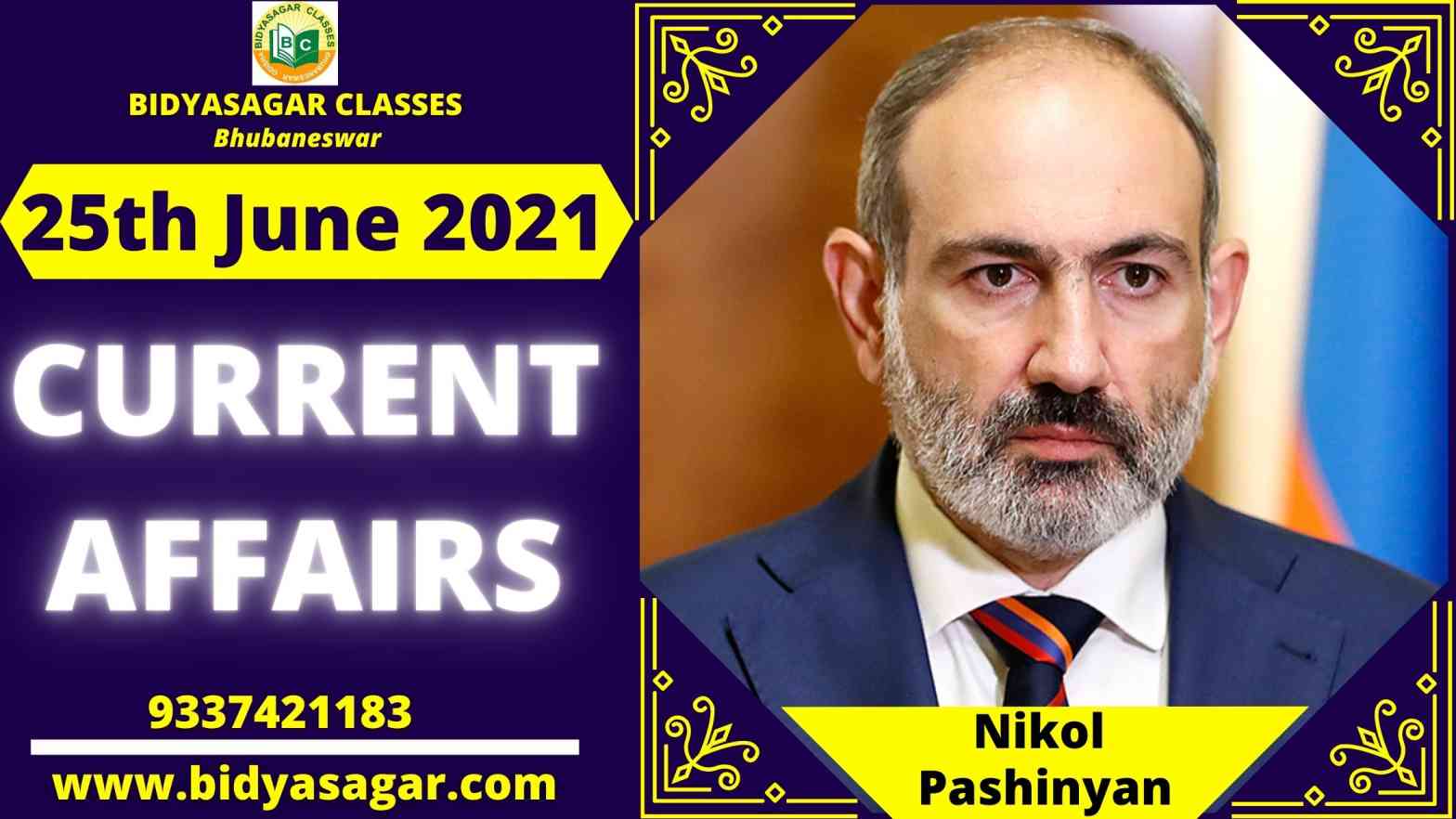 In this article, we will discuss all the important current affairs of 25th June 2021 in detail.

1. Odisha collaborates with the UN World Food Programme to empower and support women through self-help organisations.

4. Denmark and India have signed a framework agreement for the International Solar Alliance.

5. The BRICS nations have agreed to collaborate on scientific and technology innovation.

6. Bhutan’s Tax Inspectors Without Borders (TIWB) programme was launched in collaboration with India. TIWB is a joint effort of the UN Development Programme (UNDP) and the Organisation for Economic Cooperation and Development (OECD).

7. The ‘Pay Your Contact’ service has been launched by Kotak Mahindra Bank.

8. For Bancassurance, SBI General Insurance and IDFC First Bank have teamed up.

11. In Argentina and Brazil, IFFCO will build a Nano Urea Fertilizer Plant.

12. WhatsApp and the National Skills Development Corporation (NSDC) have launched a programme to increase work prospects for young people.

14. SEBI’s Ananta Barua’s term has been extended for another two years.

16. NTPC is named one of India’s best employers among nation-builders for the year 2021.

17. The Cochin International Airport received an award for excellence in airport service quality.

18. Harsh Vardhan Debuts His New Book, “My Joys And Sorrows – As A Mother Of A Special Child”

19. Benigno Aquino, the former President of the Philippines, died of renal disease at the age of 61.