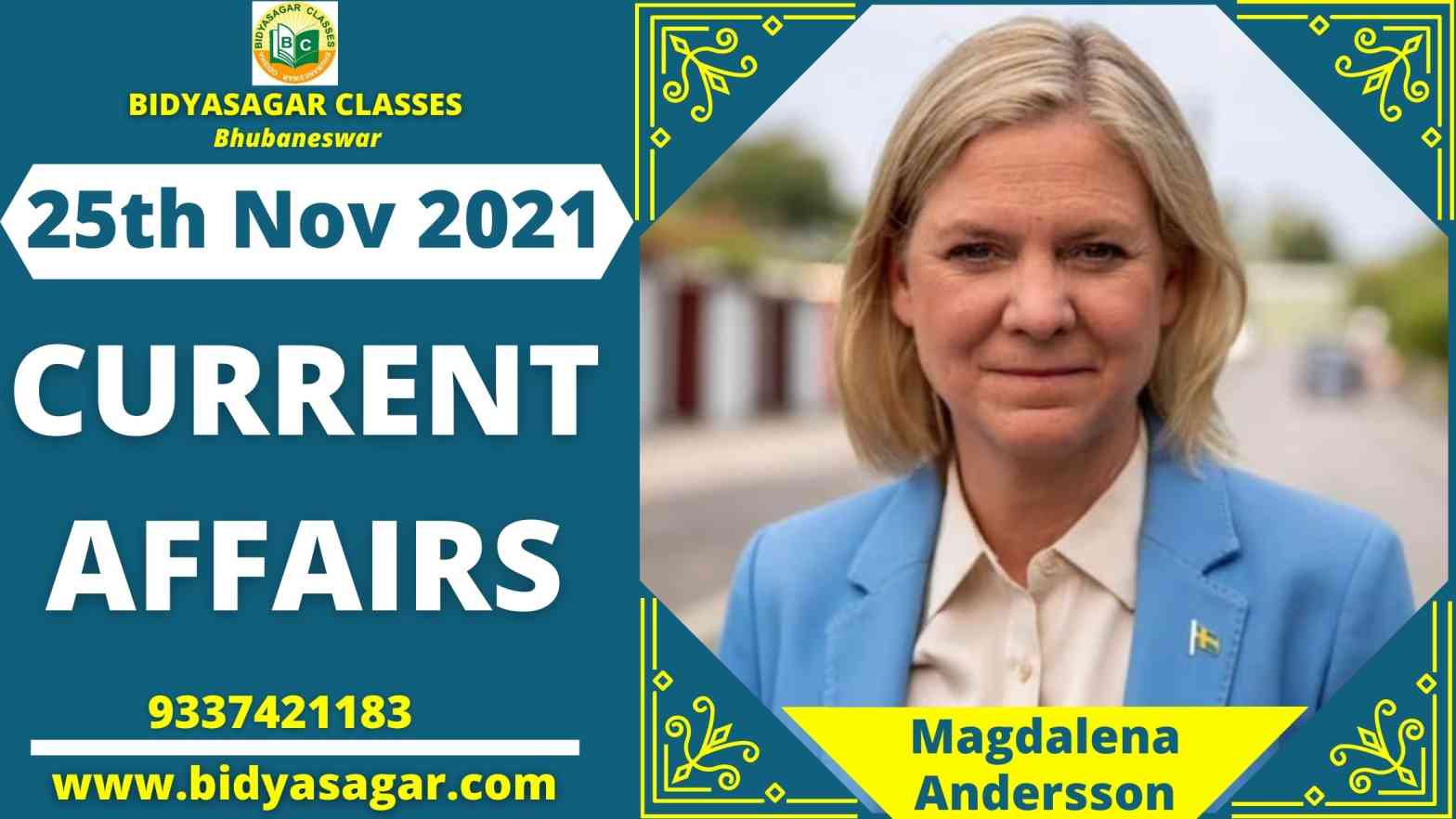 In this article, we will discuss all the important current affairs of 25th November 2021 in detail.

2. Shimla comes out on top in the NITI Aayog’s first SDG Urban Index and Dashboard 2021–22.

3. The government has agreed to extend the National Apprenticeship Training Scheme for another five years.

4. The Cabinet has approved the continuance of the O-SMART umbrella plan.

5. Union Finance Minister Nirmala Sitharaman handed over credit authorization letters totaling Rs 306 crore to beneficiaries in Jammu and Kashmir and announced a slew of measures, including a Rs 200 crore cluster development fund for the Union territory.

6. NASA has launched the world’s first DART mission, which will crash a spacecraft into an asteroid.

7. Dosti, a five-day trilateral exercise between the Maldives, India, and Sri Lanka, has come to an end.

8. Nepal and India have signed a Memorandum of Understanding on the reciprocal recognition of COVID immunisation certificates.

9. FSB names JP Morgan as the world’s most systemic bank.

10. India and the Asian Development Bank (ADB) have signed a credit arrangement worth $300 million to boost India’s primary health care.

15. Sohan Roy is the first Indian to be awarded the Parte Guelfa Knighthood in Florence.

17. Abhijit Banerjee’s book, ‘Cooking to Save Your Life,’ is a Nobel Laureate.

18. 25 November is International Day for the Elimination of Violence Against Women.