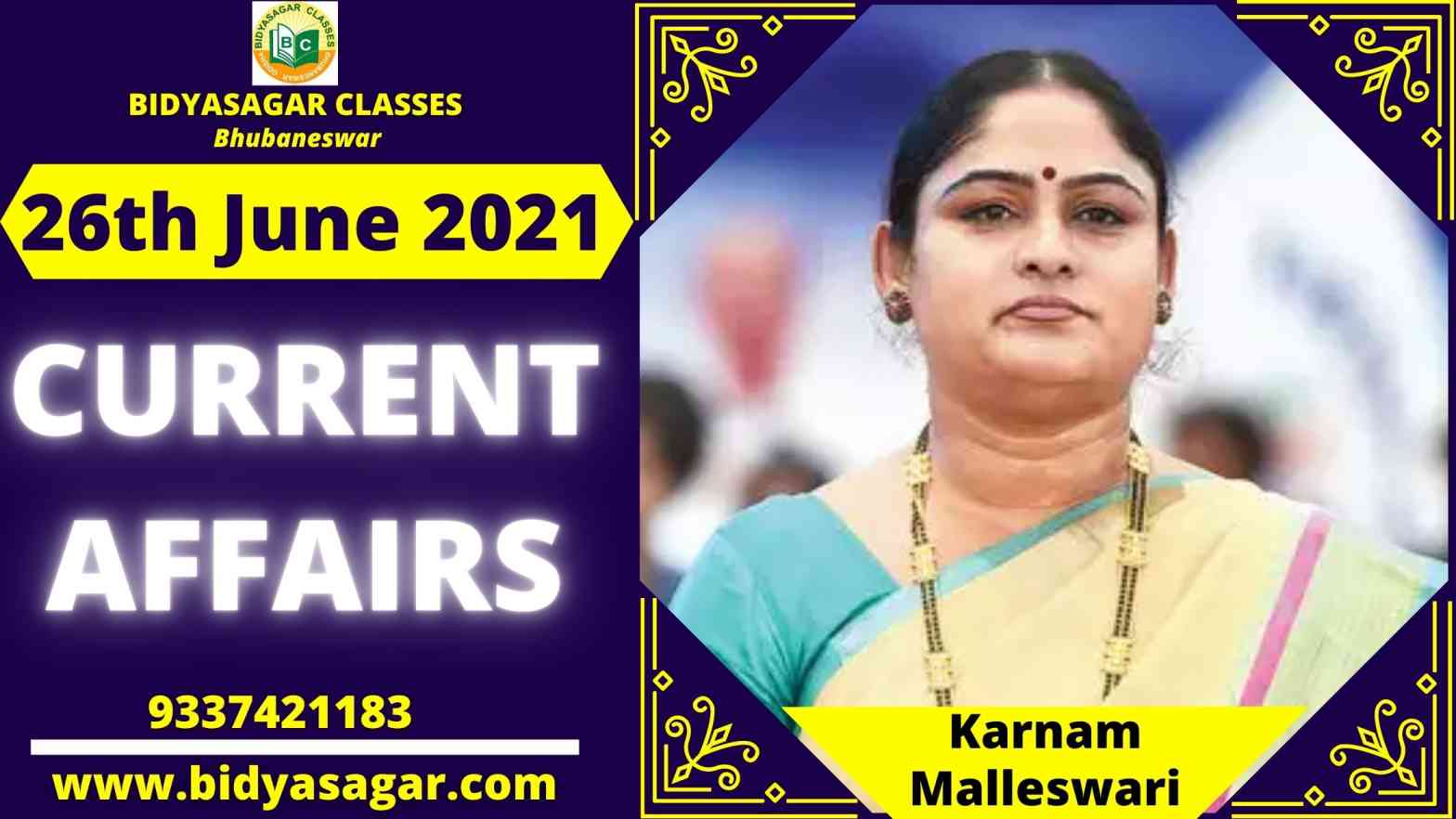 In this article, we will discuss all the important current affairs of 26th June 2021 in detail.

1. The IFSCA has formed a group to look into global best practises in ship financing and leasing.

2. The Maharashtra government has increased the remuneration for ASHA workers by Rs 1000 and added Rs 500 as a COVID allowance.

4. Cabinet approves a five-month extension of PMGKAY until November.

6. IIM Bangalore is ranked first in India in the QS EMBA Rankings 2021.

7. The World Health Organization, Intellectual Property Organizations, and Trade Organizations have launched a platform to combat the COVID-19 pandemic.

8. The SBI has introduced the Aarogyam Healthcare Business Loan.

10. So far, 120 crore out of 140 crore bank accounts in the country have been connected to Aadhaar.

11. Karnam Malleswari, a former Olympic medallist, has been appointed as the first Vice Chancellor of Delhi Sports University.

11. Karnam Malleswari, a former Olympic medallist, has been appointed as the first Vice Chancellor of Delhi Sports University.

13. The Centre has released the full list of winners for the Smart Cities Awards 2020.

15. Photographer and filmmaker of note Sivan died at the age of 89.

18. Day Against Drug Abuse and Illicit Trafficking in the World