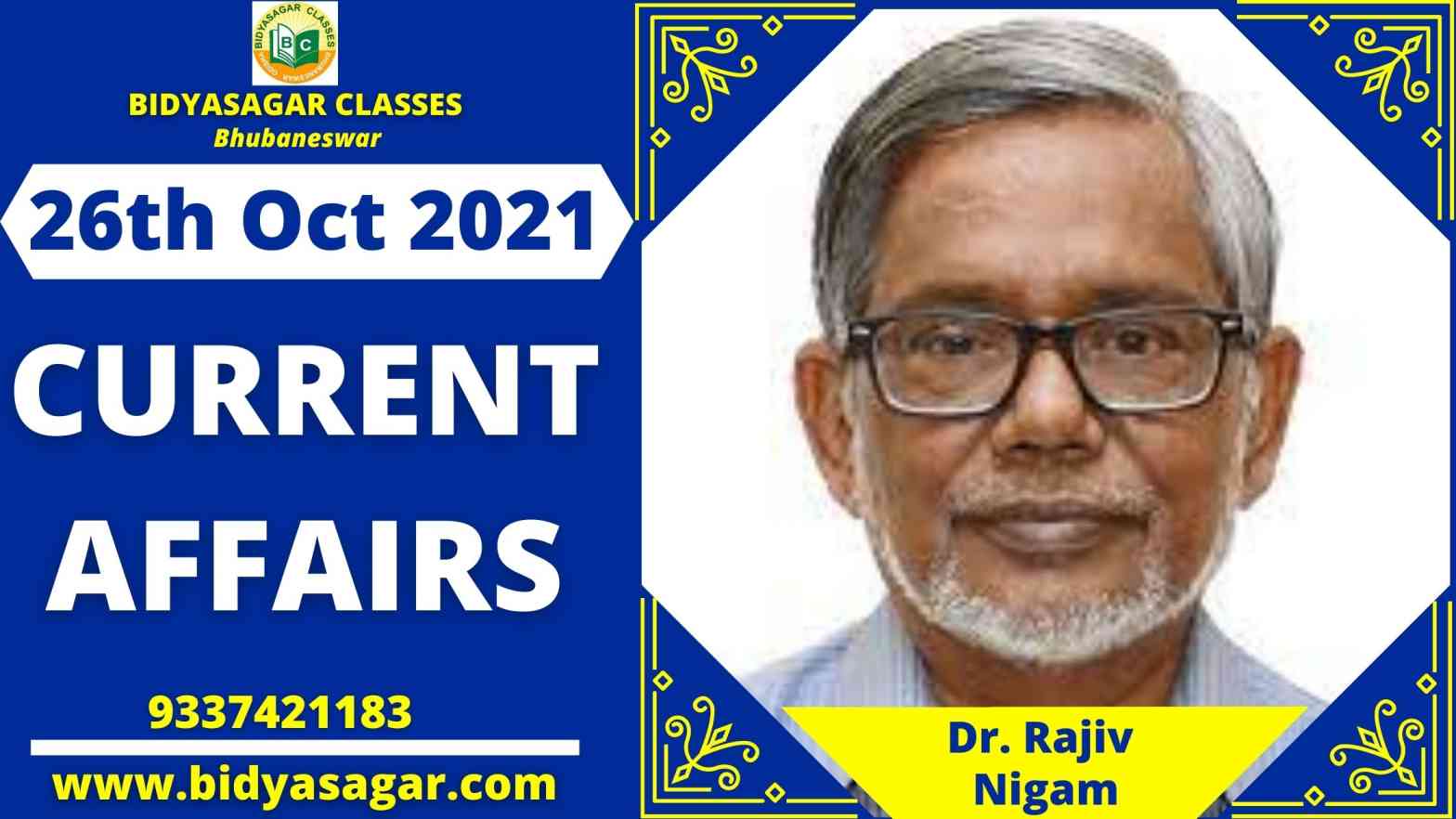 In this article, we will discuss all the important current affairs of 26th October 2021 in detail.

2. “Innovations for You” is a new initiative from the NITI Aayog. Digi-Book

3. The government forms a National Steering Committee to carry out the NIPUN Bharat Mission, with Education Minister Dharmendra Pradhan as its chairman.

4. For the years 2021-2023, Invest India has been elected President of the Geneva-based WAIPA.

5. IRIS is being launched at COP26 by India, the United Kingdom, and Australia.

6. As sea temperatures rise, 14 percent of the world’s coral is gone.

7. Bank of India and Future Generali India Insurance have formed a bancassurance partnership.

8. Realme has named KL Rahul as its brand ambassador.

9. Max Verstappen is the winner of the United States Grand Prix in 2021.

11. The 51st Dadasaheb Phalke Award was given to legendary actor Rajnikanth.

12. Dr. Rajiv Nigam, a former NIO scientist, Chosen for the Joseph A. Cushman Award in 2022