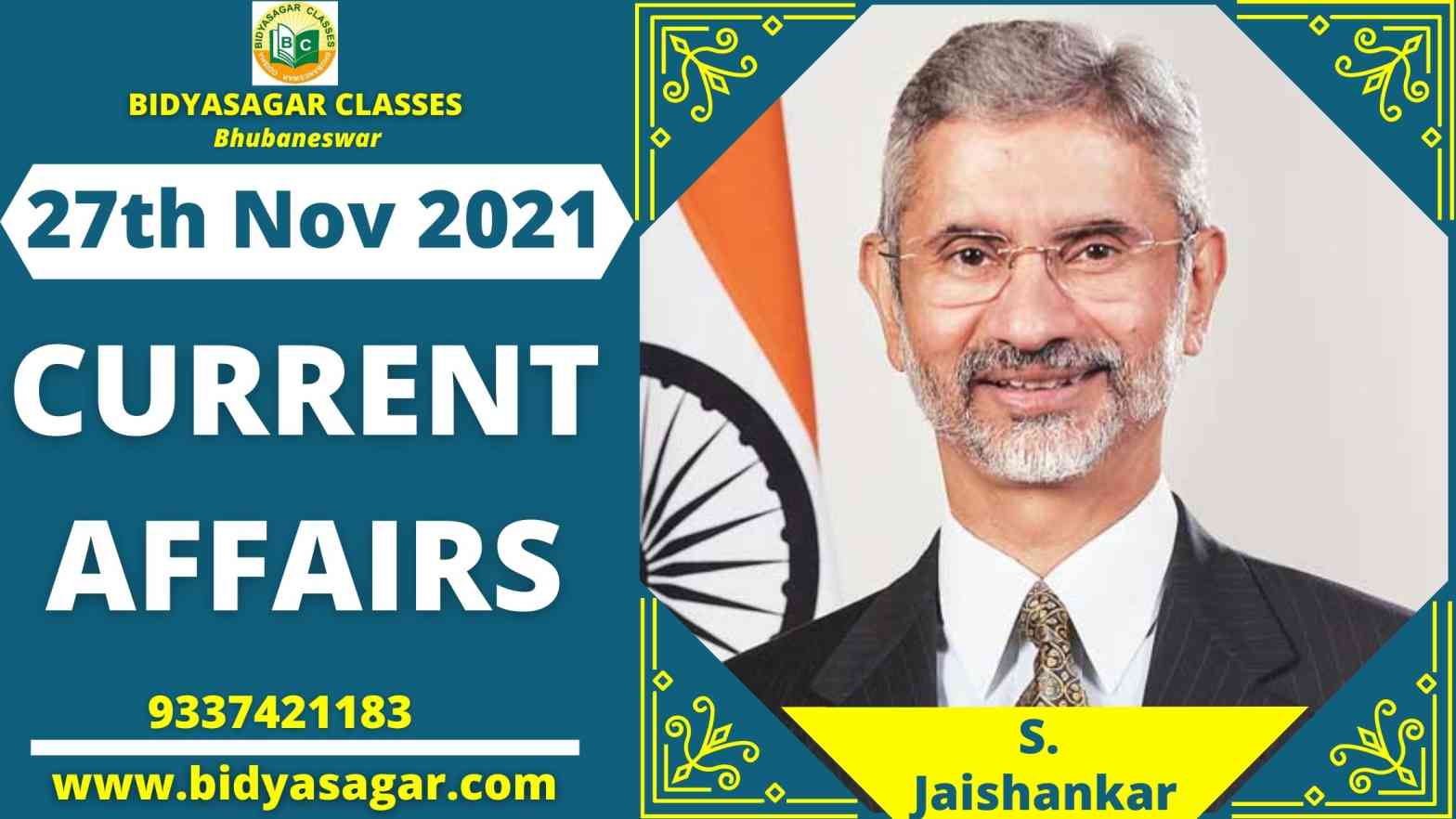 In this article, we will discuss all the important current affairs of 27th November 2021 in detail.

3. WISER programme for lateral entrance for women researchers in cooperative R&D projects is launched by India and Germany.

4. The Ministry of Women and Child Development (WCD) commemorates the ‘Azadi Ka Amrit Mahotsav’ with the topic of ‘Children’s Ideas, Rights, and Nutrition.’

5. India is represented by S. Jaishankar at the SCO Council of Heads of Government (CHG) 20th Meeting in Nur-Sultan.

9. Capri Global Capital is a co-lending partner with Union Bank of India.

11. OneCard and BoB Financial have partnered to offer a mobile-first, metal credit card.

12. India’s GDP is expected to rebound substantially in FY22, with growth of 9.3% expected: Moody’s

14. The 27th of November is National Organ Donation Day.