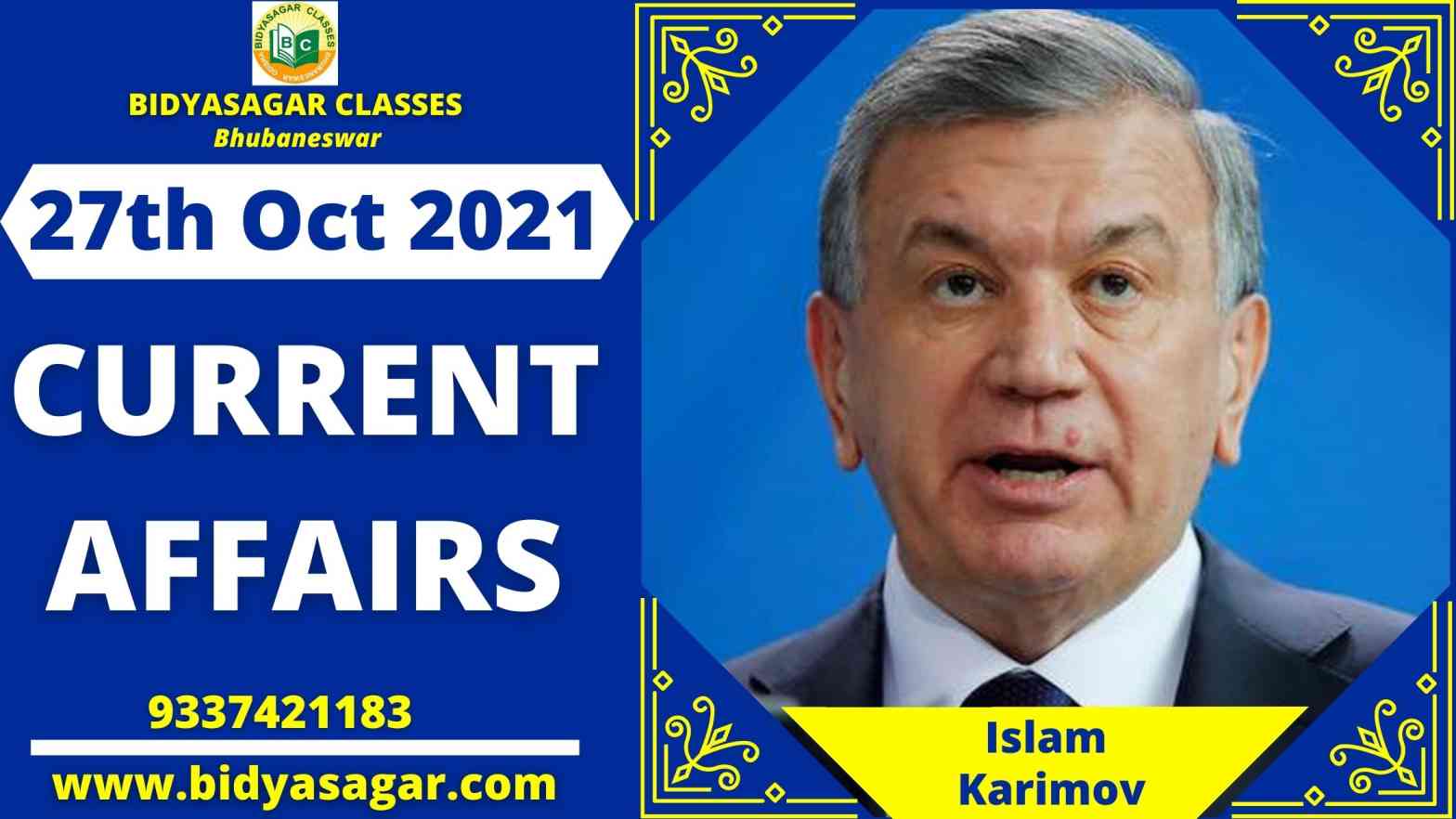 In this article, we will discuss all the important current affairs of 27th October 2021 in detail.

5. The COP-26 conference will be held in Glasgow.

9. IndiGo and Kotak Mahindra Bank have teamed up to launch a Ka-ching co-branded credit card.

10. In a landslide victory, Uzbek President Islam Karimov is re-elected for a second term.

14. Roh Tae-woo, the former president of South Korea, has died.

17. The 27th of October is World Audiovisual Heritage Day.