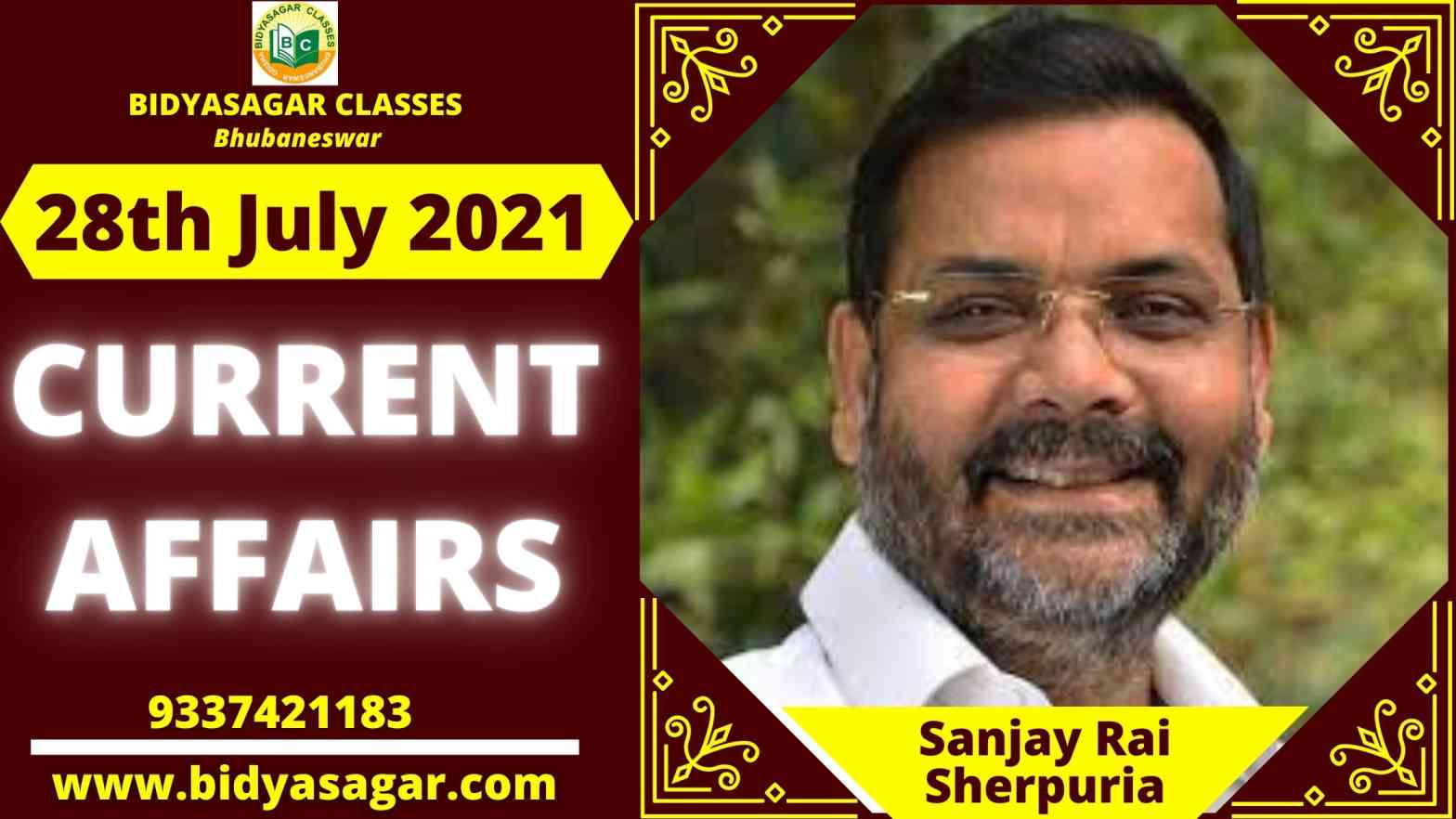 In this article, we will discuss all the important current affairs of 28th July 2021 in detail.

1. Puri is the first city in India to offer drinkable tap water at all times.

2. The Harappan City of Dholavira in Gujarat’s Rann of Kutchch has been designated as India’s 40th UNESCO World Heritage Site.

3. The government creates the SMILE scheme, which includes a variety of welfare measures for beggars.

4. The Uttar Pradesh government and Sapio Analytics have teamed up to help MSMEs thrive by distributing automation tools.

5. Garima Grihas for transgender people are being established with the assistance of community-based organisations:

7. Himanta Biswa Sarma, the Chief Minister of Assam, laid the foundation stone for the Bamboo Industrial Park in Dima Hasao.

8. Covid research will bring together scientists from India, Russia, Brazil, and South Africa.

9. The 12th Edition of the Indo-Russia joint Military Exercise INDRA-2021 will take place in Volgograd, Russia, from August 1 to 13.

11. To help retailers and merchants deal with cash shortages, HDFC Bank has launched an overdraft credit of up to Rs 10 lakh.

15. Mithali Raj has reclaimed the top rank in the ICC Women’s One-Day International Rankings for the ninth time.

17. Yuto Horigome of Japan is the first Japanese skateboarder to win an Olympic gold medal.

19. Steven Weinberg, a doyen of particle physics, has died.