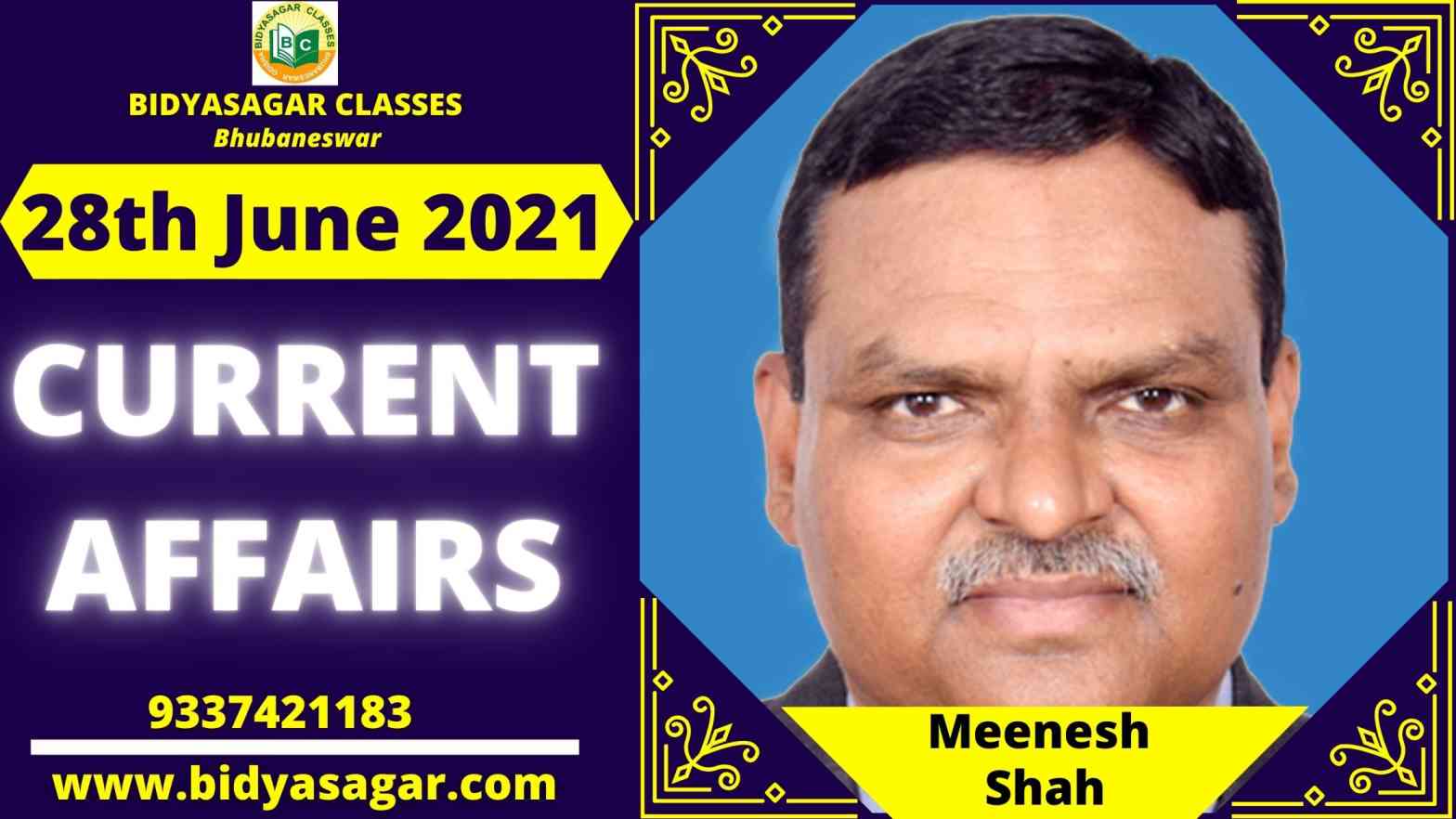 In this article, we will discuss all the important current affairs of 28th June 2021 in detail.

2. The Prime Minister of India launched a Zen Garden and a Kaizen Academy in Ahmedabad, Gujarat.

3. The government has extended the deadline for linking a PAN to an Aadhaar number to September 30.

4. To supplement water in forest areas, the government has released LiDAR survey findings

5. The JSCA and SAIL-BSL have signed an agreement for an international cricket stadium in Bokaro.

6. The Hemis Festival will take place in 2021. In Leh, Ladakh, it is commemorated.

7. Japan will provide $9.3 million in aid to India to help build a cold-chain system to combat the disease.

8. The 9th Moscow Conference on International Security was held in Moscow, Russia.

9. Catania hosted the G20 Ministerial Meeting on Labor and Employment.

10. The Reserve Bank of India has launched a survey on ITES exports for FY21.

13. Meenesh Shah, executive director of the NDDB, has been named Chairman of the Board.

14. Angelique Kerber is the first woman to win the Bad Homburg Open.

15. After a hat-trick of gold medals at World Cup Stage 3, Deepika Kumari reclaims the world No. 1 ranking.

20. Parassala Ponnammal, a Carnatic musician, died at the age of 96.