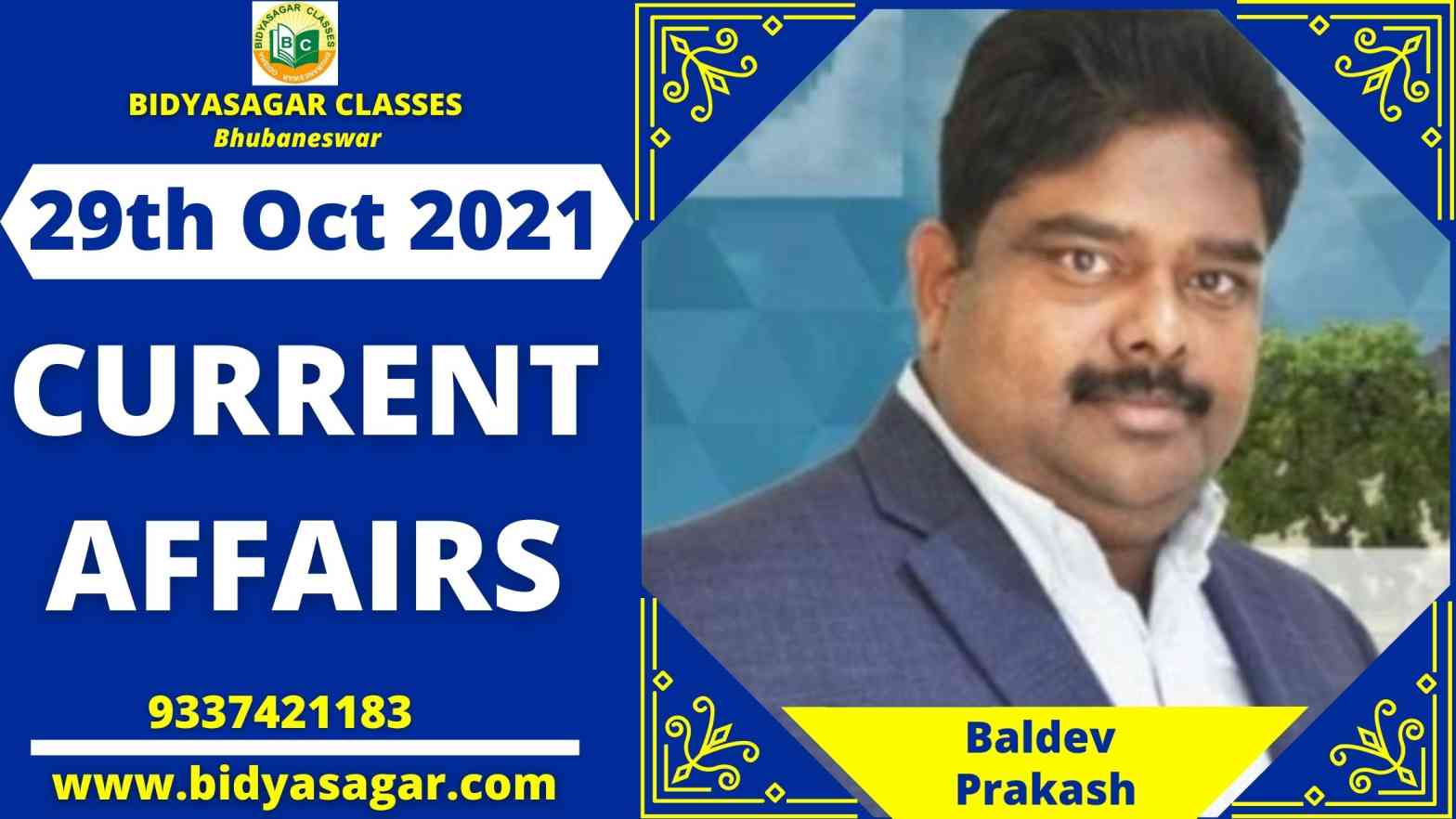 In this article, we will discuss all the important current affairs of 29th October 2021 in detail.

1. The government has reconstituted the EAC-PM, which now has seven members and is led by Bibek Debroy.

2. PM Modi is virtually present at the 18th ASEAN-India Summit.

3. The ‘Sarthak,’ an Indian Coast Guard ship built entirely by Indians, has been dedicated to the country.

4. Gujarat Chief Minister Bhupendra Patel announces the commencement of the ‘Go-Green’ programme, which will equip construction and industrial workers with subsidised electric vehicles.

6. The ‘Syracuse 4A’ military communications satellite was successfully launched by France.

7. Baldev Prakash’s appointment as MD and CEO of J&K Bank has been approved by the RBI.

9. President Shavkat Mirziyoyev of Uzbekistan is re-elected for a second five-year term.

11. The 29th of October is International Internet Day.

12. The 29th of October is World Psoriasis Day.