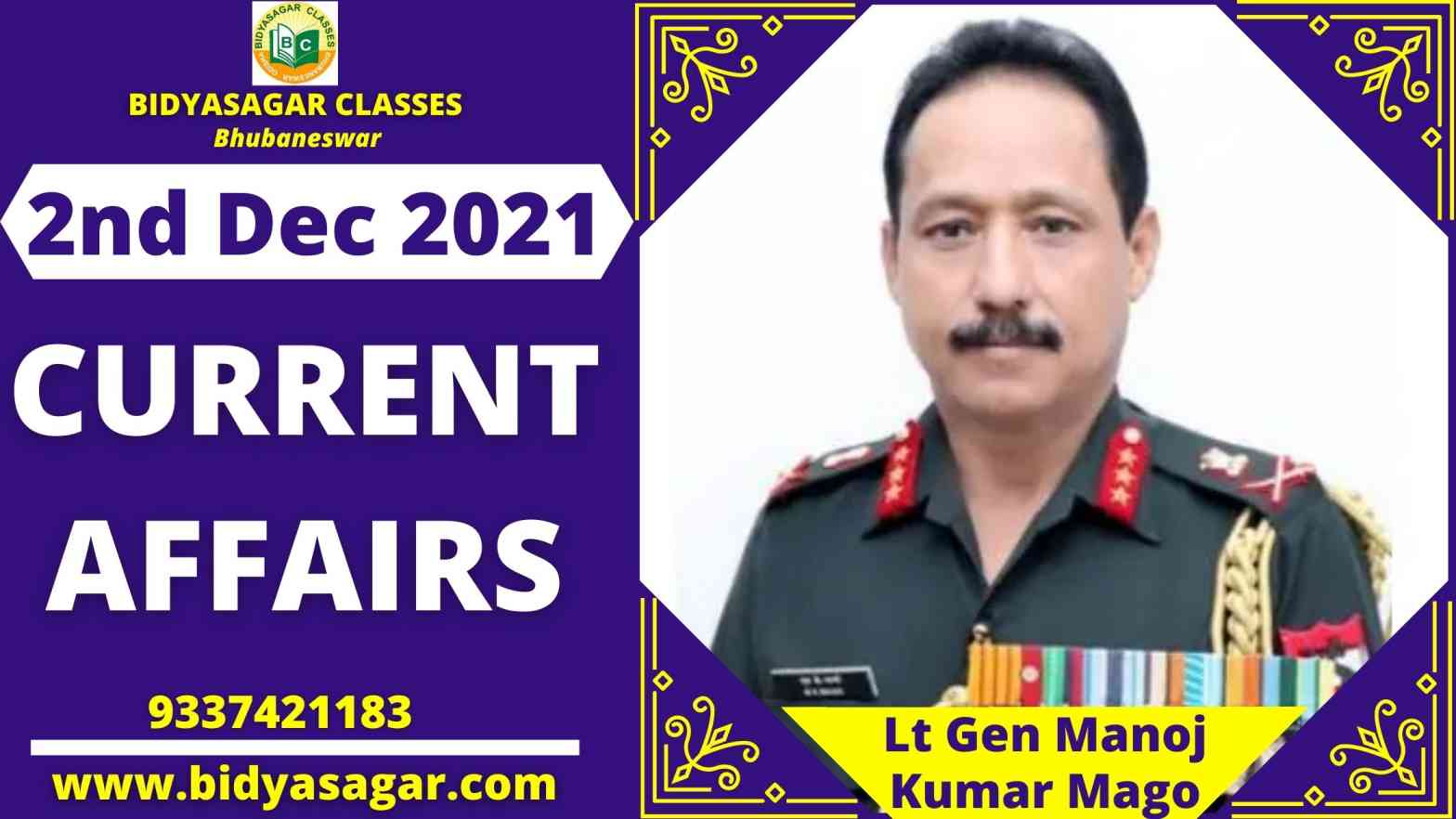 In this article, we will discuss all the important current affairs of 2nd Dcember 2021 in detail.

1. The Delhi government has launched a TV show called “Business Blasters” to assist schoolchildren in pitching start-up ideas to investors.

5. The Centre appoints a three-member committee to assess the EWS quota criteria.

6. Tel Aviv has surpassed Hong Kong, Paris, and Zurich as the world’s most expensive city to live in, because to the rapid spike in inflation that has driven up the cost of a wide range of products and services around the world in the aftermath of the coronavirus pandemic.

7. India and the European Union have agreed to form a Clean Energy and Climate Partnership.

8. DBS Bank India has launched a digital and paperless trade finance solution, which is a first in the market.

13. Walmart and Flipkart have signed a Memorandum of Understanding with the Madhya Pradesh government to train and support local SMEs.

15. The government of Arunachal Pradesh has appointed Bollywood star Sanjay Dutt as a brand ambassador for the state’s 50th anniversary festivities.

18. Barbados Declares Rihanna a National Hero After dismissing Britain’s Queen Elizabeth II as its head of state and ushering in a new era as a republic, Barbados has designated Rihanna a national hero.

19. MoCA has given the Star Air Bags Award for the ‘Highest Average Passenger Load Factor on RCS Flights.’