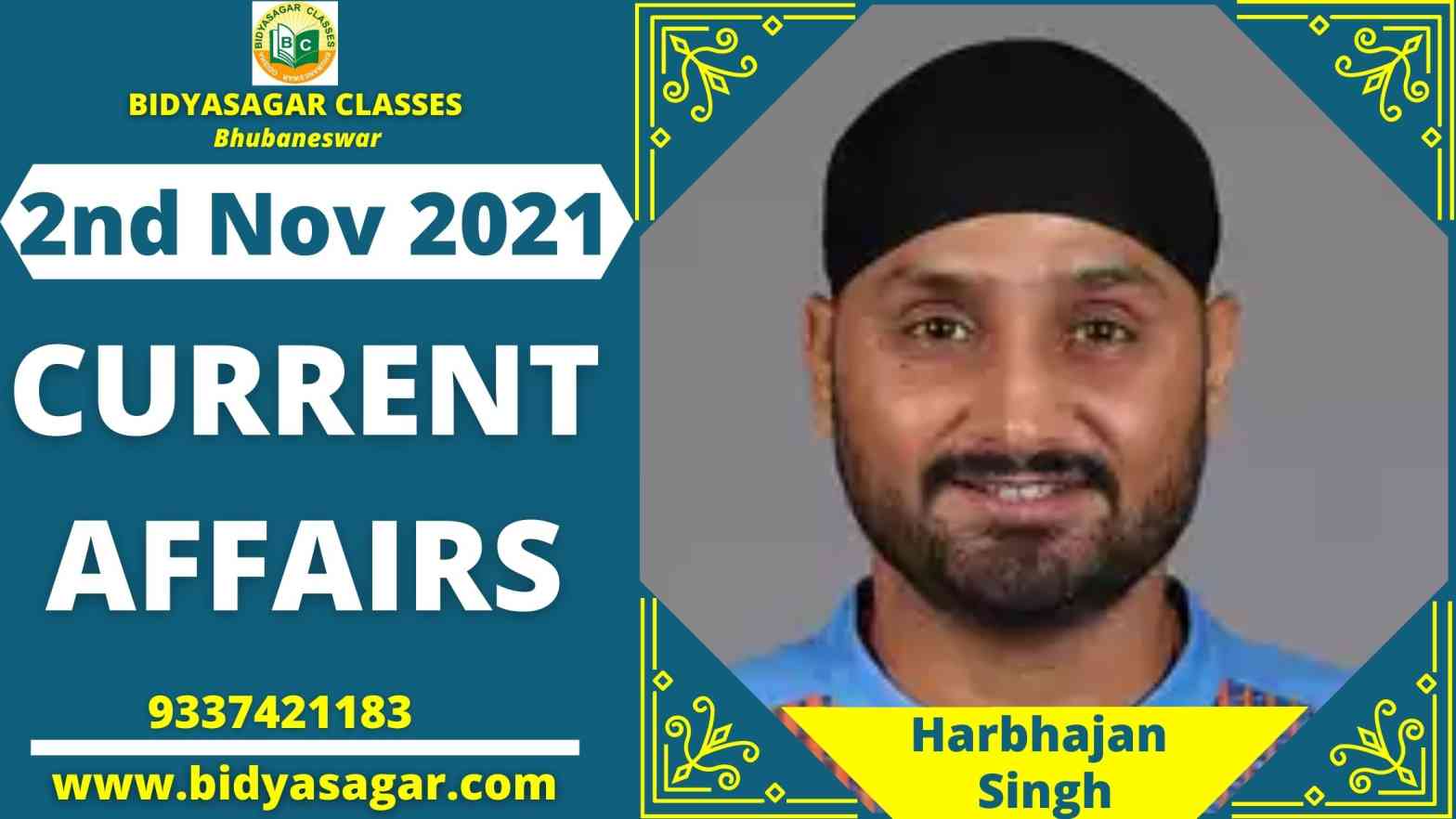 In this article, we will discuss all the important current affairs of 2nd November 2021 in detail.

3. As part of the KISCE programme, the Sports Ministry has upgraded three new facilities in Lucknow, Delhi, and Chennai.

5. A stealth frigate for the Indian Navy Tushil was first released in Kaliningrad, Russia.

6. The critically endangered native long-tailed bat has been named New Zealand’s Bird of the Year.

8. The RBI has relaxed the present a/c limits for exposures of less than Rs 5 crore.

9. Axis Bank inks a Memorandum of Understanding with the Indian Navy for salary accounts.

11. To provide technical knowledge, the Sebi has formed an IT project advisory council.

12. The deaf team from Jammu and Kashmir has won the World Deaf Judo Championship.

14. Kochi, Kerala, has won an award for its sustainable transportation system.

15. Alan Davidson, an Australian cricket icon, has died at the age of 92.

16. Tuesday, November 2nd is International Day to End Impunity for Crimes Against Journalists.