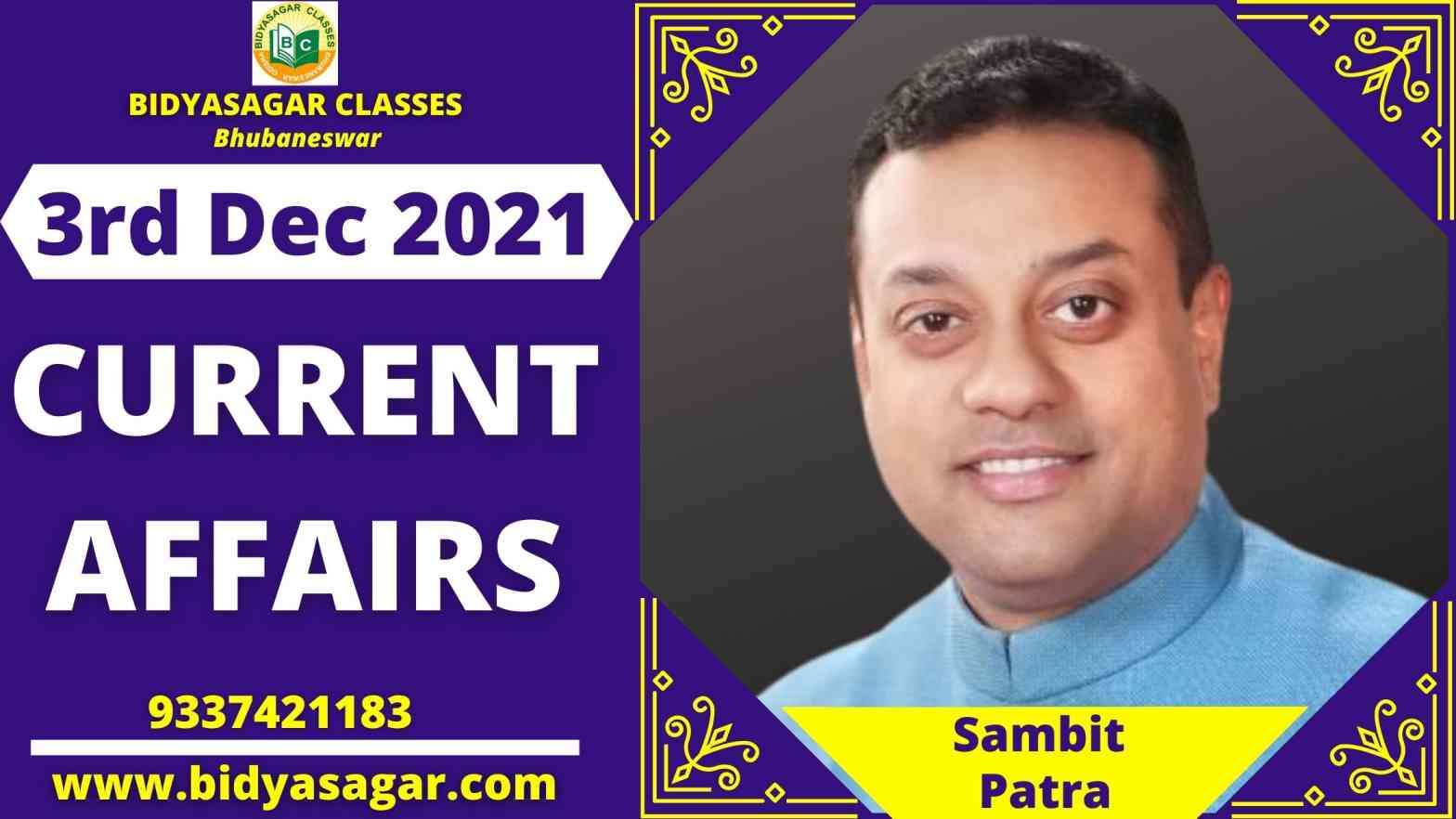 In this article, we will discuss all the important current affairs of 3rd Dcember 2021 in detail.

1. PM Modi launched the ‘InFinity Forum’ on fintech, which would bring together over 70 countries.

2. India has joined the G20’s Troika, which also includes Indonesia and Italy.

3. Bangladesh and the United States have begun a bilateral maritime drill. CARAT

4. Federal Bank introduces a new women-only scheme with a variety of benefits.

5. Paytm and the Ministry of Skill Development have signed an agreement to teach young people in fintech.

6. For co-lending to farmers, SBI has partnered with Adani Capital.

7. Worldline has partnered with Kotak Mahindra Bank to provide EMIs on its debit cards.

8. West Bengal has received a $135 million loan from the World Bank to modernise its rural power distribution system.

10. According to S&P, India’s GDP growth forecast for FY22 remains steady at 9.5 percent.

11. ITDC Chairman Sambit Patra, a BJP spokesperson, has been appointed.

12. Naomi Kawase, a film director, has been awarded a UNESCO Goodwill Ambassador.

14. IFFCO is ranked first among the world’s top 300 cooperatives.

16. International Day of Persons with Disabilities is celebrated on December 3rd.