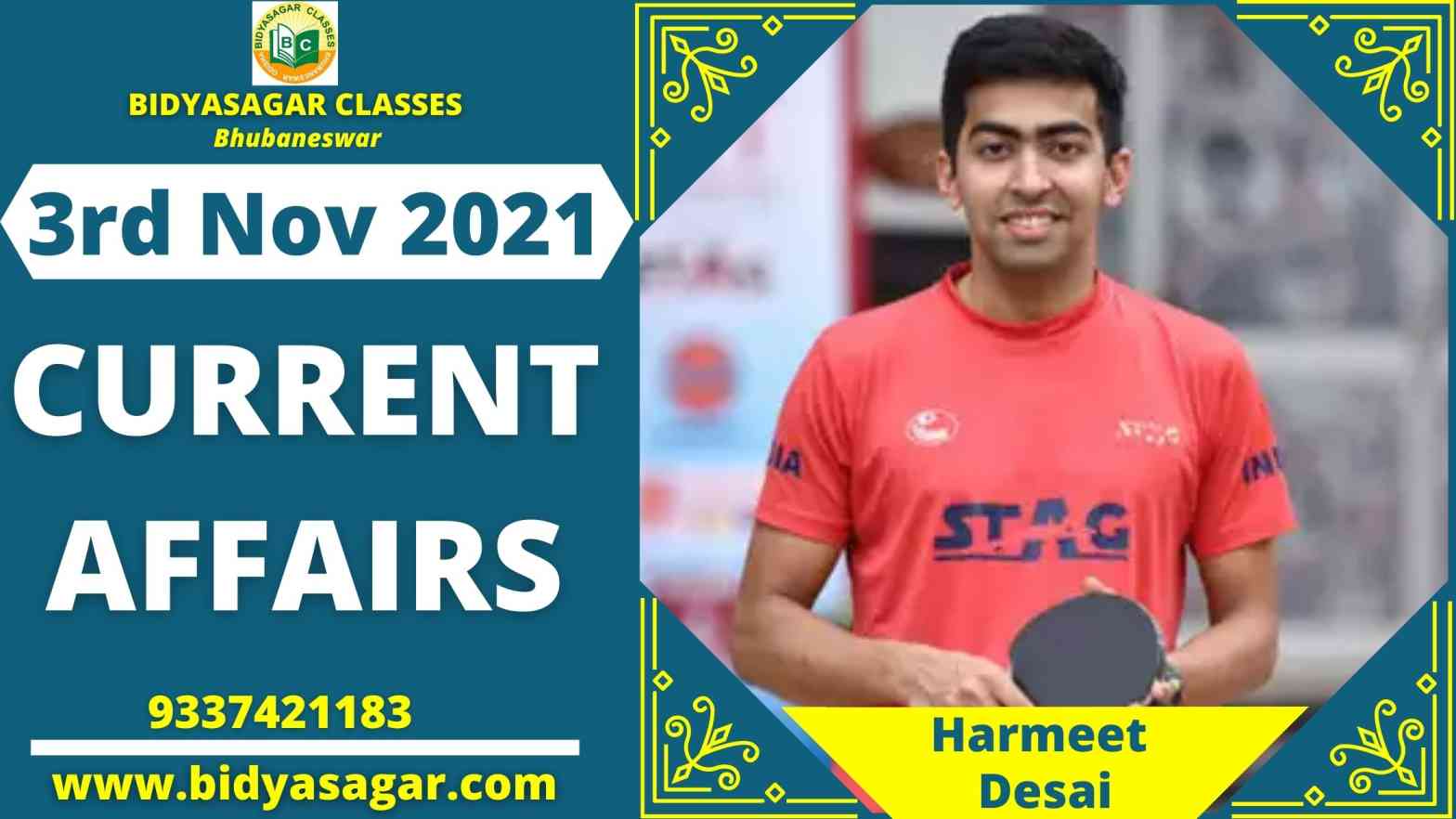 In this article, we will discuss all the important current affairs of 3rd November 2021 in detail.

3. The Home Minister has launched the ‘Ayushmaan CAPF’ health card, which will cover all CAPF employees and their dependents.

4. At Kevadiya Railway Station, Indian Railways plans to build an art gallery with a souvenir shop.

6. Bandhan Bank has been approved as a ‘agent bank’ by the RBI to do government business.

7. Bank of Baroda signed a Memorandum of Understanding with NCDEX e-Markets.

10. The Niti Aayog and the World Bank have teamed up to promote electric vehicle finance.

11. The Ministry of Defence has approved the purchase of weaponry and military equipment for Rs 7,965 crore.

13. The Ministry of Rural Development has signed a Memorandum of Understanding with Flipkart to assist local companies and SHGs.

14. Mr. Arun Chawla has been named as the new Director General of the Federation of Indian Chambers of Commerce and Industry (FICCI). Mr. Arun Chawla will take on the new position immediately.

16. The National Sports Awards for 2021 have been revealed.

17. Subhadra Sen Gupta’s book “The Story Of The First Civilizations From Mesopotamia To The Aztecs”

18. Former Afghan Prime Minister Ahmad Shah Ahmadzai has died at the age of 78.