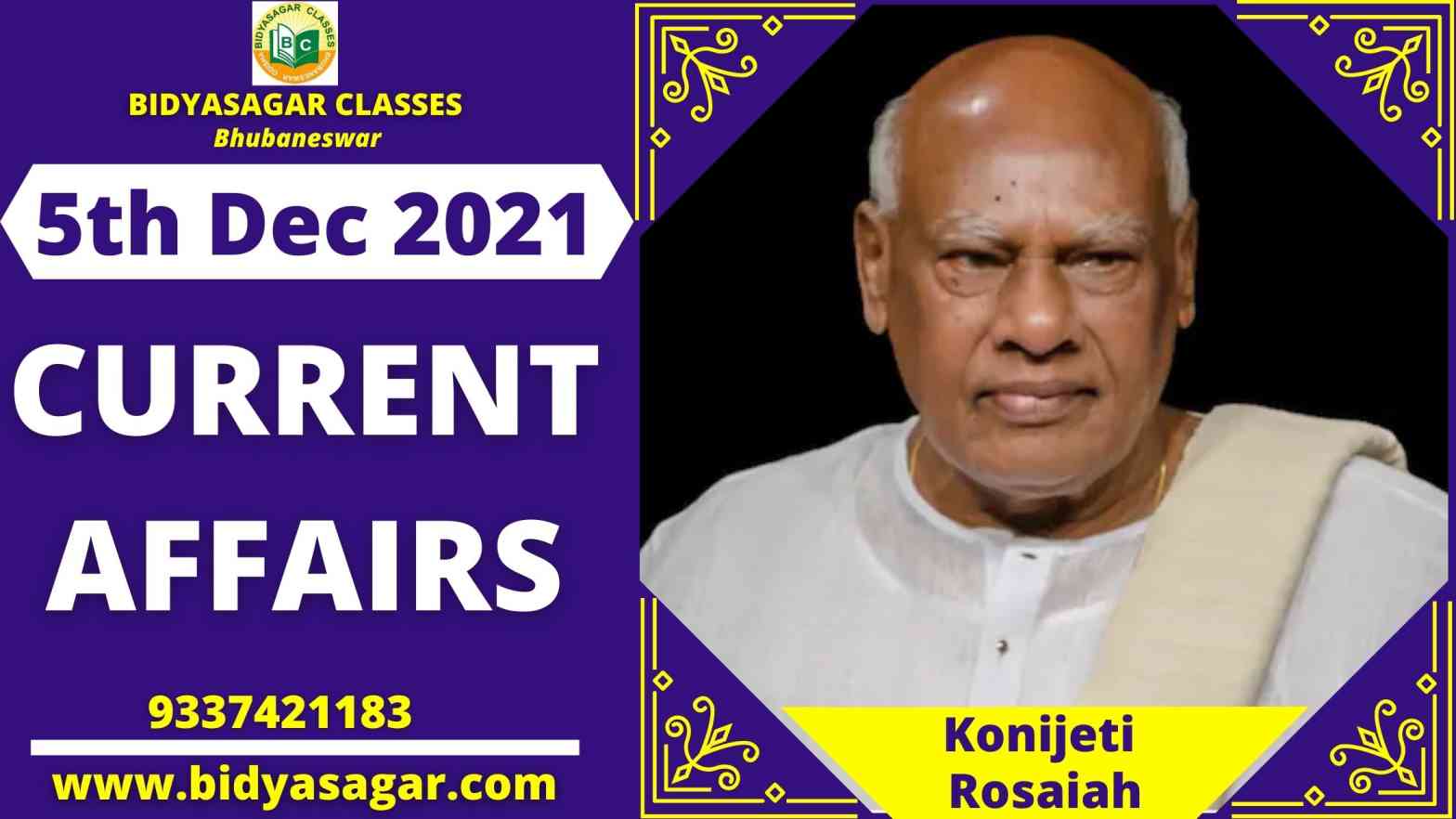 In this article, we will discuss all the important current affairs of 5th Dcember 2021 in detail.

1. The Earth Station of Doordarshan Kendra in Gorakhpur was launched by UP Union Minister of Information and Broadcasting Anurag Singh Thakur and UP Chief Minister Yogi Adityanath.

2. The deadline for completing the Smart Cities Mission has been extended to June 2023.

4. India and the European Union have agreed to strengthen their renewable energy and climate cooperation till 2023.

7. JFPR awards ADB a Rs 15 crore grant for the use of primary healthcare in India’s cities.

9. Pradip Shah, the creator of IndAsia Fund Advisors, has been named chairman of the National Asset Reconstruction Company, while Sanjay Jain has been named IDRCL’s new CEO (NARCL).