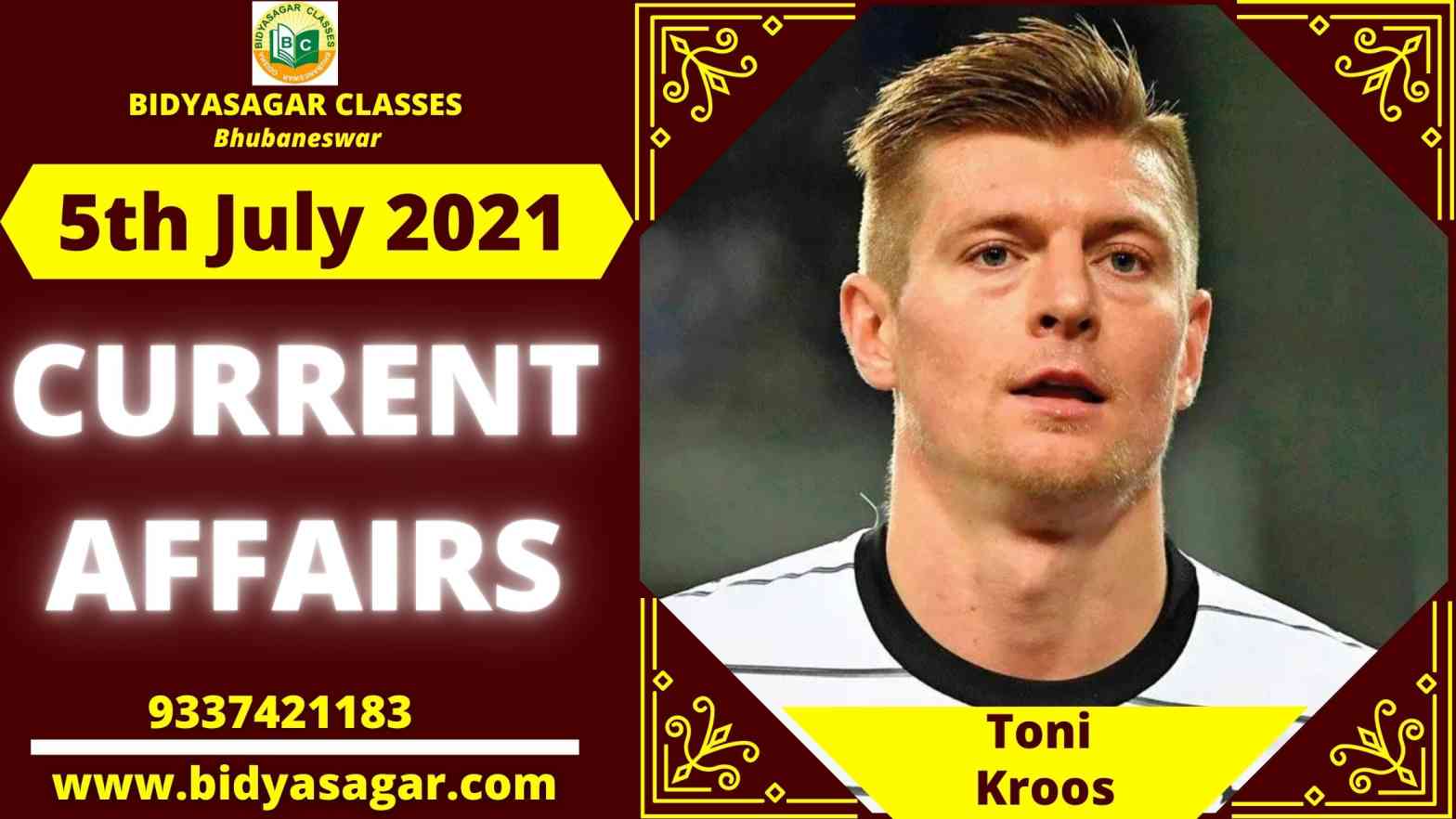 In this article, we will discuss all the important current affairs of 5th July 2021 in detail.

2. During the week-long Van Mahotsav in Uttar Pradesh, a new record was set by planting 25 crore trees.

4. The CRPF and the C-DAC have signed an agreement to train force personnel in modern technologies and collaborate on collaborative initiatives.

5. According to WHO, China has been declared malaria-free after a 70-year battle.

6. The Reserve Bank of India (RBI) has issued directions for the appointment of MDs and WTDs in urban cooperative banks.

7. The government has raised the retirement age of the chairman of the LIC to 62 years.

8. In Odisha, NABARD has sanctioned Rs 388 crore for drinking water and road projects.

10. Uttarakhand Chief Minister Tirath Singh Rawat resigns, and Bharatiya Janata Party (BJP) leader Pushkar Singh Dhami was sworn in as the state’s eleventh chief minister, a day after being elected as the BJP’s legislature party’s leader in the hill state, paving the way for his elevation to the state’s top post.

11. Jim Whitehurst, the president of IBM, has resigned.

12. The WAKO India Kickboxing Federation has received official recognition from the Indian government.

13. Germany Toni Kroos, a German midfielder, has announced his retirement from international football.

14. The ‘Education for All’ programme at Nashik Radio Station has won awards. Amid Epidemic Radio Vishwas, a community radio station based in Maharashtra’s Nashik region that has been giving free audio lectures to schoolchildren during the COVID-19 pandemic, has won two honours at the Ministry of Information and Broadcasting’s 8th National Community Radio Awards.

16. Ashok Chakravarti’s “The Struggle Within: A Memoir of the Emergency”

17. Nathuram Godse’s biography will be published by Pan Macmillan India in 2022.