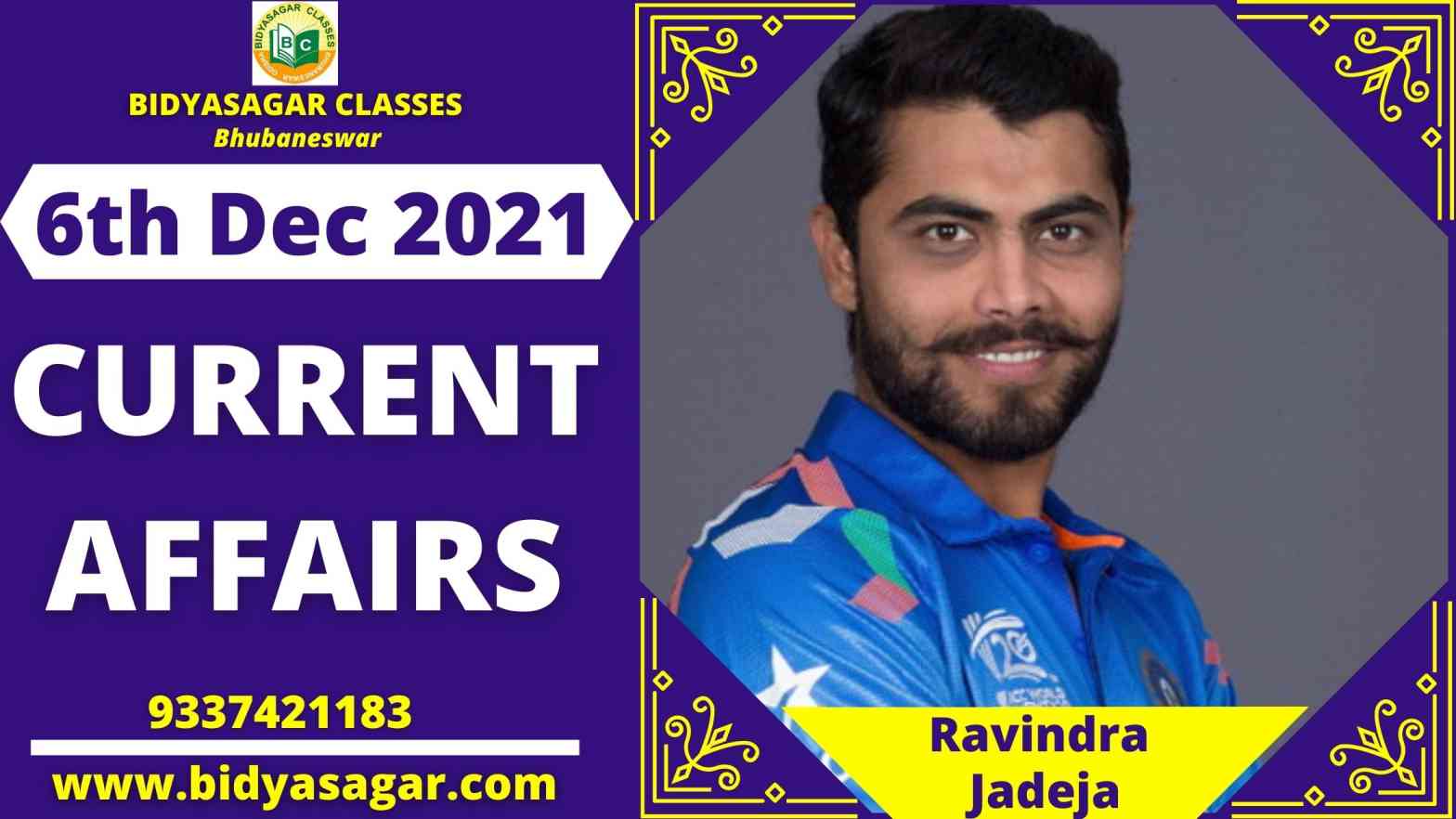 In this article, we will discuss all the important current affairs of 6th Dcember 2021 in detail.

1. Union Agriculture Minister tells that Rs 1 lakh 60 thousand crore has been distributed directly to farmers under the PM-KISAN scheme.

2. The Department of Posts has issued a commemorative postage stamp to commemorate the Mahindra Group’s 75th anniversary.

3. The deadline for implementing the Smart Cities Mission has been extended to June 2023 by the Centre.

4. Sergei Lavrov, the Russian Foreign Minister, is in Delhi.

5. Defence Minister Rajnath Singh says the government wants to reach a target of Rs 35,000 crore in defence exports by 2024-25.

7. KreditBee and Mswipe have teamed up to offer ‘cardless EMI’ at retail establishments.

8. The first Nifty Alpha 50 ETF in India has been launched by Kotak Mahindra Mutual Fund.

9. Gujarat has surpassed Maharashtra as India’s most important industrial centre.

11. Ajaz Patel of New Zealand makes history by being only the third bowler in Test cricket history to take all ten wickets in an innings.

13. ESAF Bank is honoured at the 2021 Global SME Finance Awards.

14. Two UNESCO heritage awards have been given to the Nizamuddin Basti project.

16. Konijeti Rosaiah, the former chief minister of Andhra Pradesh, has died in Hyderabad.