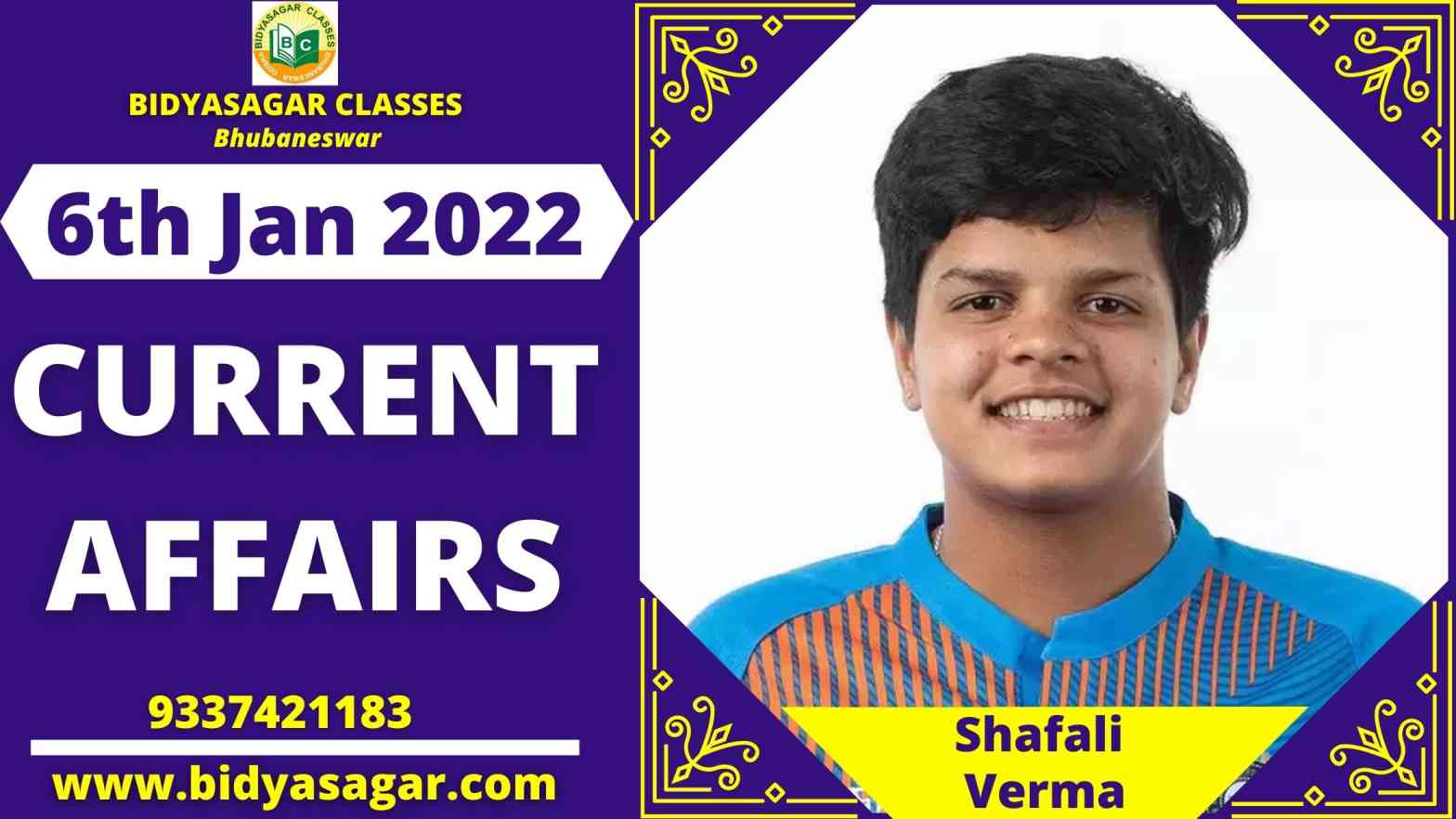 In this article, we will discuss all the important current affairs of 6th January 2022 in detail.

2. Over 36 crores 70 million LEDs have been supplied across the country under the UJALA scheme, which has been running for seven years.

3. The Akshaya Patra Foundation and the World Food Programme collaborated to improve the PM POSHAN Scheme.

4. Antigua and Barbuda become the 102nd member of the International Solar Alliance.

6. Muthoot Vehicle & Asset Finance and Eko India Financial Services both had their authorisation certificates revoked by the RBI.

7. Shafali Verma has been recruited as a Bank of Baroda Brand Endorser.

8. The UN Counter-Terrorism Committee has a new chairperson, TS Tirumurti.

9. In the Ministry of Jal Shakti, Vini Mahajan was appointed Secretary.

11. The first ever Guinness World Record in Numerology was set by JC Chaudhry.

12. UiPath Automation Excellence Awards were given to South Indian Bank. 2021