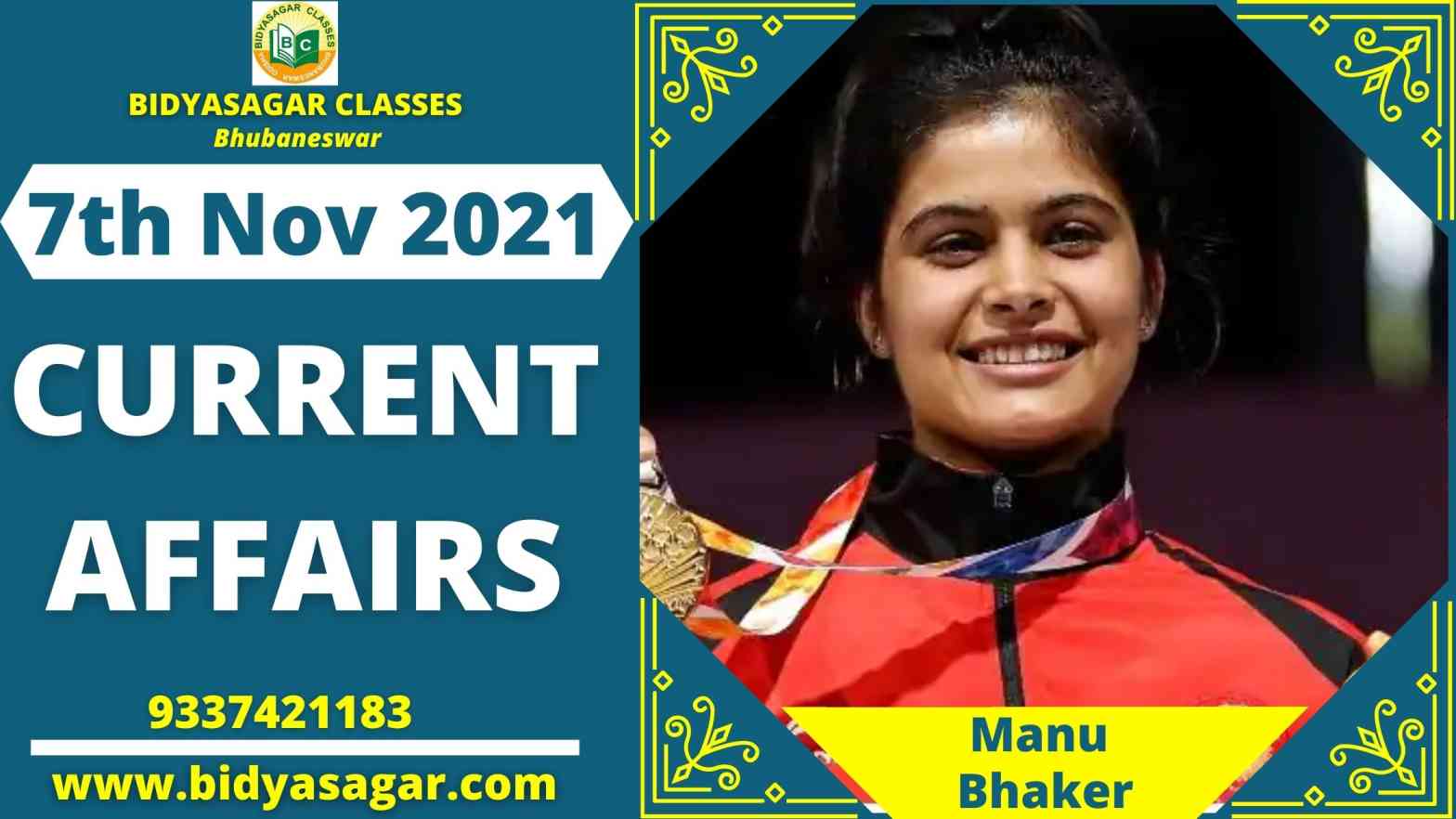 In this article, we will discuss all the important current affairs of 7th November 2021 in detail.

2. India and France have agreed to strengthen their defence and security cooperation.

4. Manika Batra and Archana Kamath of India win the women’s doubles title at the WTT Contender tournament in Lasko.