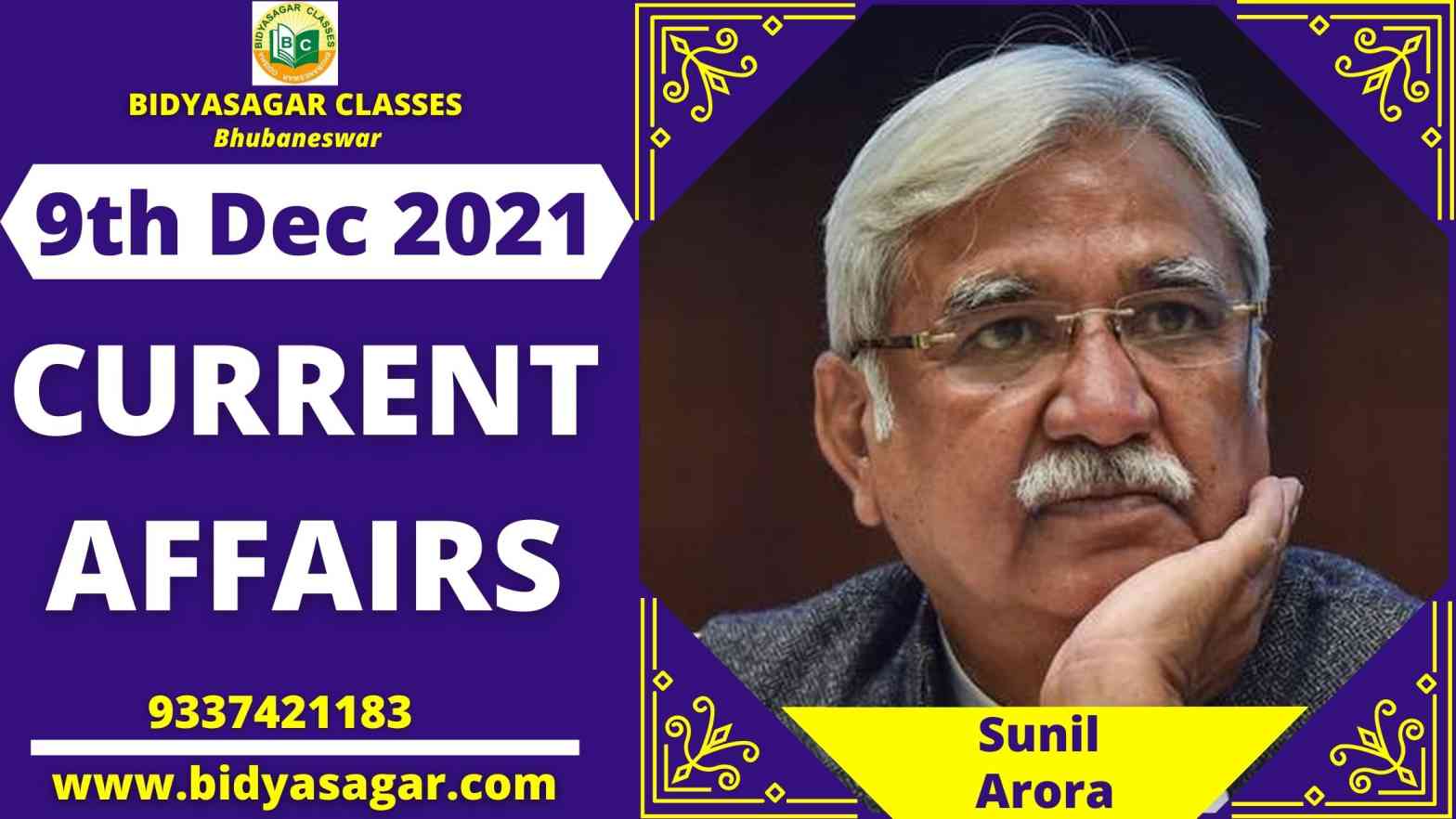 In this article, we will discuss all the important current affairs of 9th Dcember 2021 in detail.

1. The NITI Aayog has announced the formation of the e-Sawaari India e-bus Coalition.

2. The new German chancellor, Olaf Scholz, is sworn in.

3. Canada, Australia, and the United Kingdom have joined the United States in boycotting the Beijing Olympics.

5. India’s GDP growth projection for FY22 has been reduced by Fitch Ratings to 8.4%.

6. SBI and the Kendriya Sainik Board have signed a Memorandum of Understanding.

7. The ‘On-the-Go’ wearable keychain was launched by City Union Bank and NPCI.

8. Indiagold and Shivalik SFB have launched a loan against digital gold.

9. PayPhi has launched a tokenization service for RuPay cards.

12. Piramal Realty has named Farhan Akhtar as their brand ambassador.

15. ‘At Home In The Universe,’ Bala Krishna Madhur’s autobiography, was released.

18. 9 December is the International Day of Remembrance and Dignity for Genocide Victims and the Prevention of Genocide.