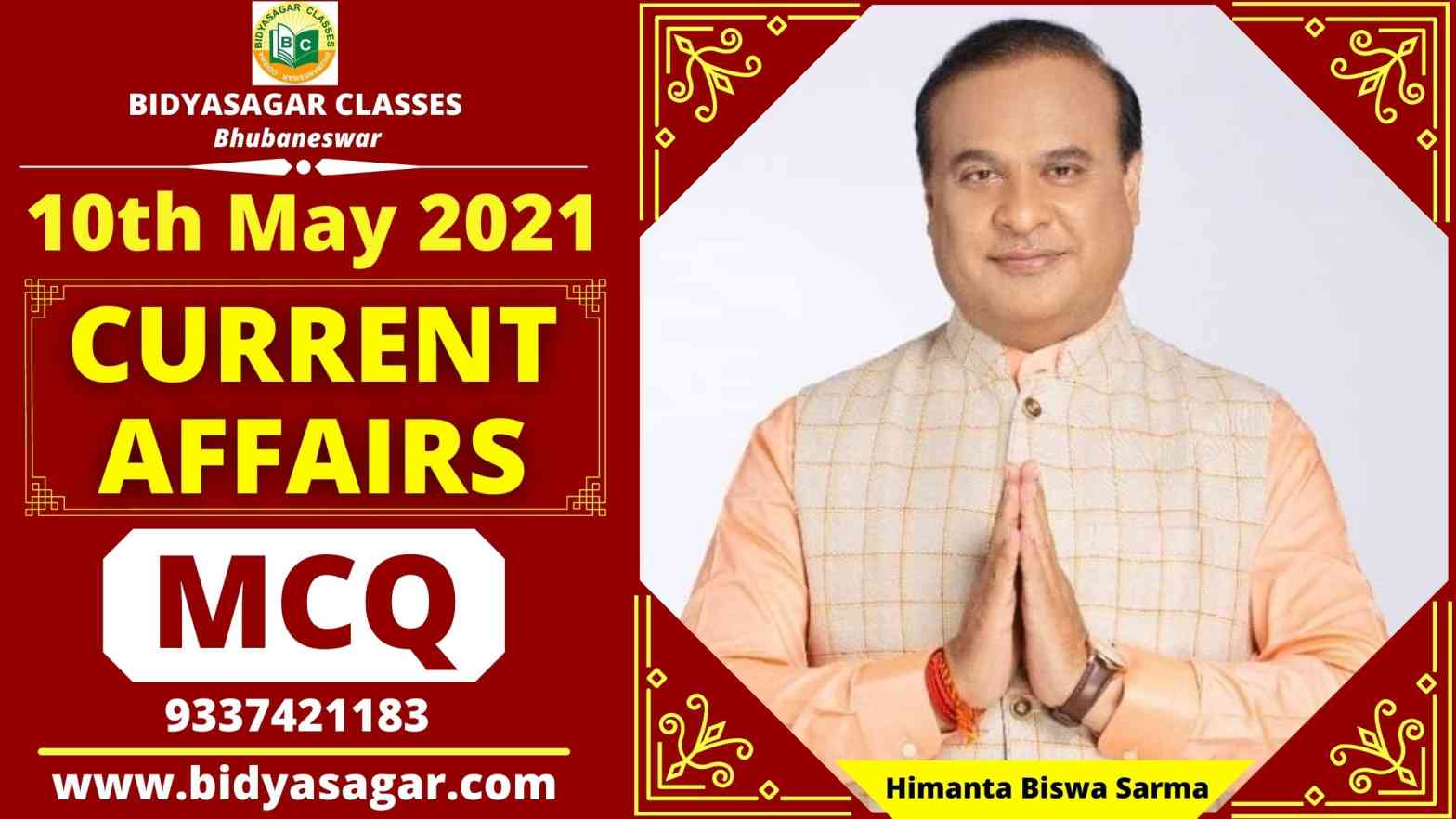 2. Expenditure department of the Ministry of Finance has recently released Rs 8923.8 crore to panchayats in how many states?

3. Which batch of women military police has recently been inducted into the Indian Army?

5. Sadiq Khan, a 51-year-old British citizen of Pakistani origin, has recently been elected as the Mayor of London?

6. Which state has recently announced a grant of Rs 10 lakh to the next of kin of laborers killed in the mine explosion?

7. Which of the following consecutive times has Banyan Munich held the title of Bundesliga, Germany’s football league?

8. What amount of finance contract has been signed between India and European Investment Bank for the Pune Metro Rail Project during the India-EU Leaders’ Meeting?

9. Which of these days is observed as the World Migratory Bird Day (WMBD)?

A. Second Saturday of May

B. Second Sunday of May

C. Second Monday of May

D. Second Friday of May

11. Name the female player who has been felicitated with the “Sportswoman of the Year” at the 2021 Laureus World Sports Awards

12. Maharaj Krishan Kaushik and Ravinder Pal Singh, who has passed away recently, were both Indian players related to which sports?

13. Who has been sworn in as the new Chief Minister of Assam to replace Sarbananda Sonowal?

14. Which player has clinched the 2021 Madrid Open women’s singles title?

15. The book titled “Elephant In The Womb” is a debut book by which Indian celebrity?

17. Rajya Sabha MP Raghunath Mohapatra, who has passed away recently, was a __________ by profession

B. Birds Connect Our World

C. Protect Birds: Be the Solution to Plastic Pollution!

19. Which player has been honored with the 2021 “Laureus Sportsman of the Year” Award?

20. Which state government has banned 11 brands of Pan Masala for one year in the state citing the presence of chemical which is harmful to the heart and can cause various diseases?

According to Delroy’s recently released Global Retail Power Houses 2021 report, Mukesh Ambani’s Reliance Retail has recently become the second-fastest-growing retail company in the world. Reliance Retail ranked 53rd globally. Whereas in this list, Walmart Inc. has been in the first place on the global level.

The Department of Expenditure of the Ministry of Finance has recently released an amount of Rs 8923.8 crore to the Panchayats in 25 states. This amount is for all three categories of Panchayati Raj Institutions – village, block, and district.

Recently the first batch of women military police has been inducted into the Indian Army during the Dronacharya Parade Ground by the Course of Military Police Center and School in Bengaluru. This woman military police batch consists of 83 women.

NASA’s Rover (Perseverance Rover) recently recorded the flight of the Ingenuity helicopter from Mars. In this recording, a picture of the winds blowing in the Jagero crater has also been revealed.

Sadiq Khan, a 51-year-old British citizen of Pakistani origin, has recently been elected Mayor of London for the second time. He was first elected in 2016. He became the first Muslim mayor of the UK capital. Sadiq Khan’s family came to London in 1970 from Pakistan. He was born in London.

Baryn Munich has recently won the title for the 9th consecutive time and the 31st time on the title of Germany’s Football League Bundesliga. Munich has been continuously capturing the title since 2012. FC Nuremberg has named this title 8 times.

Prime Minister Shri Narendra Modi participated in the India-EU Leaders’ Meeting, held in a hybrid format, on May 08, 2021. A finance contract of Euro 150 million was also signed for the Pune Metro Rail Project by the Indian Ministry of Finance and European Investment Bank

World number two tennis player Naomi Osaka of Japan has been named “Sportswoman of the Year” at the 2021 Laureus World Sports Awards.

Two of the most revered hockey stars of India, Maharaj Krishan Kaushik, and Ravinder Pal Singh, have passed away, after battling Covid-19.

Himanta Biswa Sarma has been named as the new Chief Minister of Assam on May 08, 2021.He will replace incumbent Sarbananda Sonowal. Sarma will take the charge of the office with effect from May 10, 2021.

In tennis, the world number seven, Aryna Sabalenka of Belarus, defeated world number one Ashleigh Barty of Australia to win the 2021 Madrid Open women’s singles title on May 08, 2021.

Bollywood actress Kalki Koechlin is making her debut as an author, with her first book titled “Elephant In The Womb”.

Eminent sculptor, architect, and Rajya Sabha member Raghunath Mohapatra has passed away while undergoing treatment for COVID-19.  He was 78.

World number two Rafael Nadal of Spain won the 2021 “Laureus Sportsman of the Year” title. This is the second title for Nadal, who also claimed the prestigious award in 2011.

The Jharkhand government has banned 11 brands of Pan Masala for one year in the state citing the presence of chemical which is harmful to the heart and can cause various diseases.