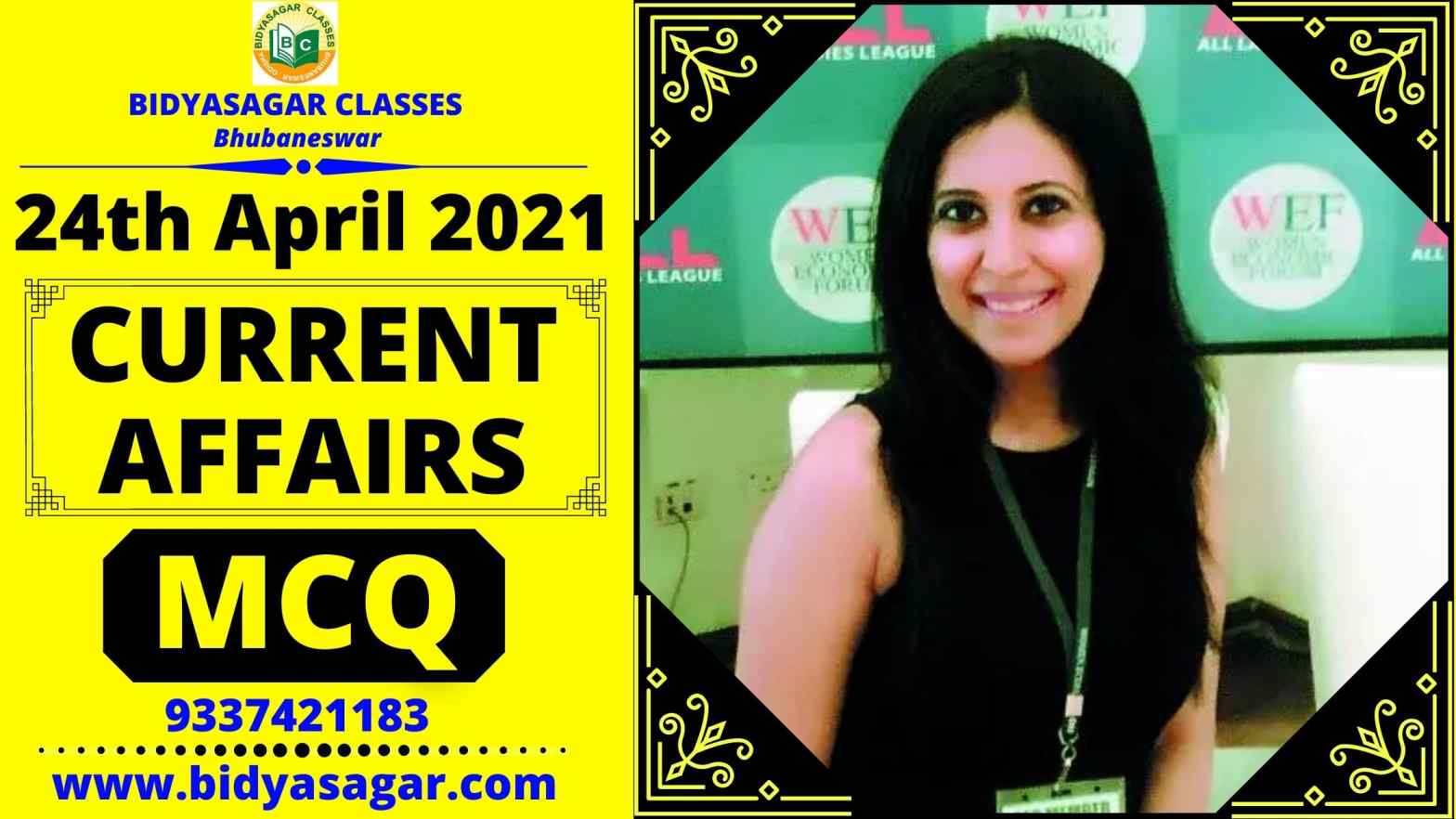 1. Which state released the first instalment of fee reimbursement under the Jagananna Vidya Deevena scheme?

2. What is the rank of India in global energy Transition Index 2021?

3. Which country announced Rs 8.12 crore grant under its partnership with India for Indo-Pacific Oceans Initiative?

4. How many nations were designated as countries of particular concern by USCIRF?

5. Who participated from Indian side in Leaders’ Summit on Climate hosted by US President Joe Biden?

6. Recently the finance ministry widened the scope of ECLGS Scheme toinclude which sector?

7. Which bank has launched a special deposit scheme named Immune India Deposit Scheme offering an additional interest rate of 25 basis points above the applicable card rate for those who get vaccinated?

A) Central Bank of India

9. Recently ICC banned Qadeer Ahmed Khan for 5 years for anti-corruption. He belongs from which country?

10. Recently Jyothi Biju Nair was appointed as new company secretary of which bank?

11. Who was appointed as Associate Attorney General making him/her the first person of colour to occupy the third-highest position at the Department of Justice?

12. Kim Boo Kyum was sworn in as new Prime Minister of which country?

13. Ulisses Correia e Silva Was re-elected as PM of which country?

14. Who was appointed as part-time chairman of HDFC Bank?

15. Which Mars helicopter of NASA recently made its first historic flight?

16. Recently Vinay Agarwal passed away. He was the CEO of which company?

17. Recently Farid Sabri passed away, He was related to which field?

Explanation: India has been ranked at the 87th position among 115 countries in the Energy Transition Index (ETI) that tracks nations on the current performance of their energy systems across various aspects, according to a World Economic Forum (WEF) report released. The report, prepared in collaboration with Accenture, also draws on insights from ETI.

Explanation: A US Congress-constituted quasi-judicial body asked the Biden Administration to designate four nations, including India, as “countries of particular concern”, alleging that religious freedom conditions there in 2020 continued their negative trajectory.

Explanation: The finance ministry expanded the scope of the Rs 3 lakh crore Emergency Credit Line Guarantee Scheme (ECLGS) which will now cover borrowers from the healthcare segment, apart from the 26 sectors identified by the Kamath Committee.

Explanation: In order to encourage people to get COVID-19 jabs, state-run Central Bank of India has launched a special deposit scheme offering an additional interest rate of 25 basis points above the applicable card rate for those who get vaccinated.

Explanation: Standard and Poor (S&P) Global Ratings has forecast a 11 per cent GDP growth for India in 2021-22 on account of a fast economic reopening and fiscal stimulus. However, S&P has flagged Covid-19 containment measures as key risks for the economy.

Explanation: The ICC banned United Arab Emirates (UAE) player Qadeer Ahmed Khan for five years from all cricket after he admitted breaching the anti-corruption code and also charged Mehardeep Chhayakar on six counts for corruption.Khan was charged in October 2019.

Explanation: IDBI Bank said it has appointed the company’s deputy general manager Jyothi Biju Nair as the new company secretary with effect from April 16.He will replace Pawan Agrawal.

Explanation: The United States Senate voted 51-49 to confirm Indian-American Vanita Gupta as associate attorney general, making her the first person of colour to occupy the third highest position at the Department of Justice.

Explanation: Cape Verde’s ruling party has maintained its control of the legislature after an election dominated by the coronavirus pandemic.

Explanation: Private sector lender HDFC Bank said the Reserve Bank of India has approved the appointment of former Economic Affairs Secretary Atanu Chakraborty as the part-time chairman of the bank.

Explanation: Vinay Agrawal, the Chief Executive Officer of Angel Broking, passed away at the age of 44.

Explanation: Renowned qawwali singer Farid Sabri, of the ‘Sabri brothers’ duo, passed away. He was 58.

Explanation: Every year the United Nations marks April 23 as English Language Day. The day is also traditionally known to be the birthday of William Shakespeare.