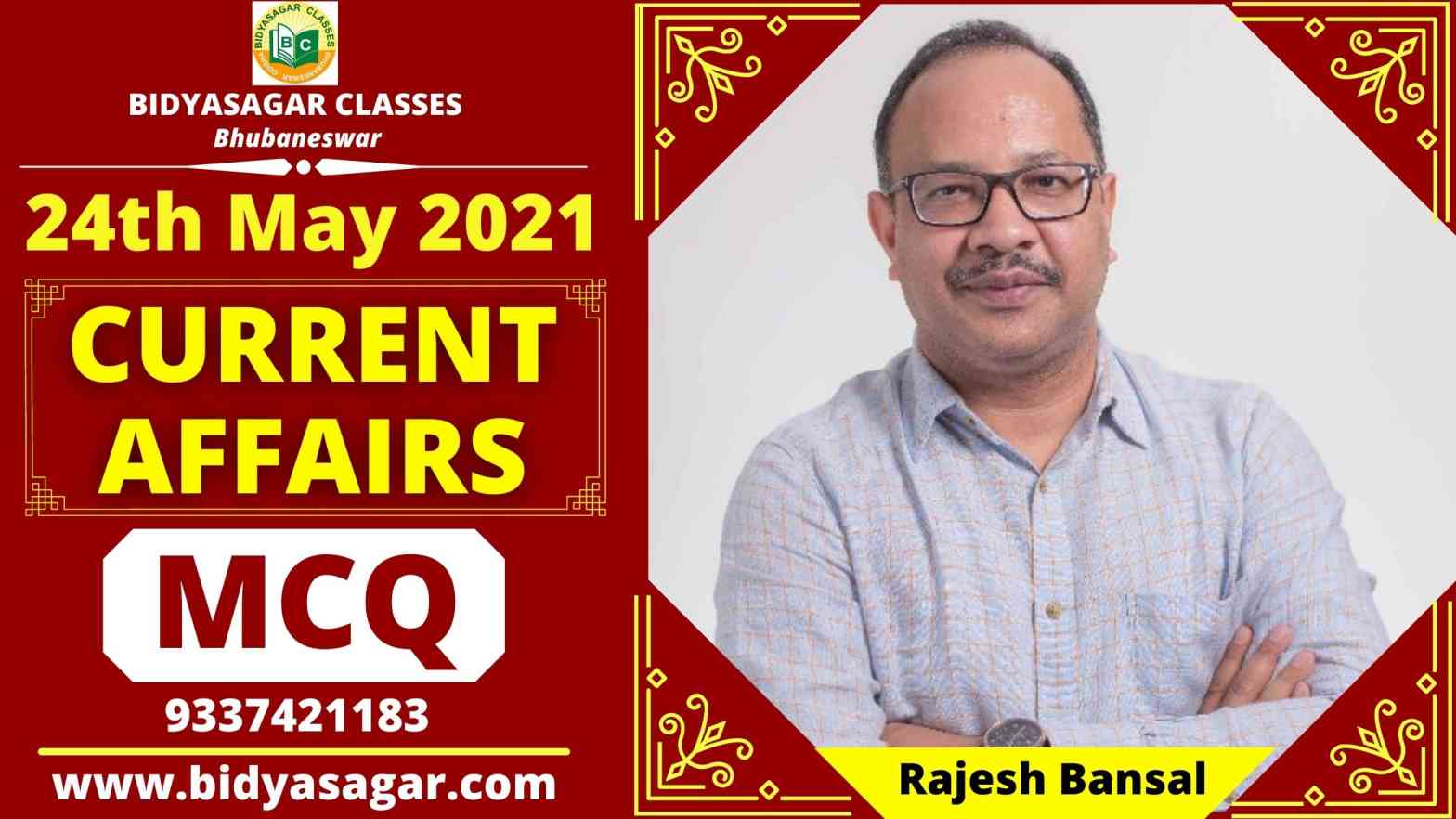 1. The e-committee of the Supreme Court has recently released a manual for “e-courts services mobile app” in how many Languages?

2. The Sports Ministry has approved financial assistance of Rs 2 lakh to Arjuna Award winner V Tejaswini Bai of which year?

3. Which of the following minister has released the National Mobile Monitoring Software App and Area Officer Monitoring App?

4. The Communist government of China recently imposed a fine of 20 thousand 414 crore rupees on which financial tech company for breaking the monopoly law?

5. According to the Bloomberg Bilineers Index, who has become the second richest person in Asia, surpassing Zhong Shanshan in terms of wealth?

6. Which day is celebrated all over India on 24 May?

7. Which former India captain and head of the National Cricket Academy has been appointed the coach of the Indian team for the tour of Sri Lanka?

8. Which country has recently laid the foundation stone of its largest nuclear power project?

9. Who has been appointed as the CEO of Reserve Bank Innovation Hub?

11. Which country has acquired 100 % stakes in ONGC Mangalore?

12. India has renewed its MoUs on military cooperation with ______.

13. Which of the following sports organization has won the Etienne Glichitch Award?

14. Who has been appointed as the next Ambassador of India to Belarus?

15. Which company has won the Star Export House Award?

16. Who has been elected as the President of the International Hockey Federation?

17. Which country has announced its exit from the FIFA World Cup 2022 due to the COVID-19 pandemic?

18. Which ed-tech platform has been launched by Hero Group?

The e-committee of the Supreme Court has recently released a manual for “e-courts services mobile app” in 14 Languages. These 14 languages are English, Hindi, Assamese, Bengali, Gujarati, Kannada, Khasi, Malayali, Marathi, Nepali, Oriya, Punjabi, Tamil, Telugu. Users can download this app from the official website for free.

The Sports Ministry has recently approved financial assistance of Rs 2 lakh to Arjuna Award winner V Tejaswini Bai for the year 2011. She was a member of the women’s kabaddi team that won the gold medal in the 2010 and 2014 Asian Games.

Industrialist Gautam Adani became Asia’s second-richest person with a net worth of $ 66.5 billion, surpassing China’s Zhong Shanshan in terms of wealth, according to the recent Bloomberg Bilineers Index. went. Mukesh Ambani is 13th in this list.

Russia and China have recently laid the foundation stone of their largest nuclear power project under which Moscow will build 4 high-power nuclear power plants in 2 cities of China. Whereas earlier, both the countries had signed a package cooperation agreement in 2018.

Rajesh Bansal has been appointed as the Chief Executive Officer (CEO) of Reserve Bank Innovation Hub (RBIH). Rajesh Bansal was a member of the founding team of Unique Identification Number ‘Aadhar’.

India has renewed its MoUs on military cooperation with Oman. The signing ceremony was held at Muscat’s Ministry of Defense.

Hockey India has won the prestigious Etienne Glichitch Award for its contribution to the growth and development of Hockey in India. It was announced during the HockeyInvites virtual conference.

Alok Ranjan Jha has been appointed as the next Ambassador of India to the Republic of Belarus. He is currently serving as the Joint Secretary of the Ministry of External Affairs.

Shree Malani Foams Pvt Ltd has won the Star Export House Award. The award has been conferred by the Ministry of Commerce and Industry. It is the only mattress company to get this award in the last 5 years.

Narinder Batra has been appointed as the President of the International Hockey Federation (FIH). It will be his second consecutive stint as FIH President.

North Korea has announced its exit from FIFA World Cup 2022 due to the ongoing COVID-19 pandemic. Qatar will host the FIFIA World Cup 2022 from 21st November to 3rd December 2022.