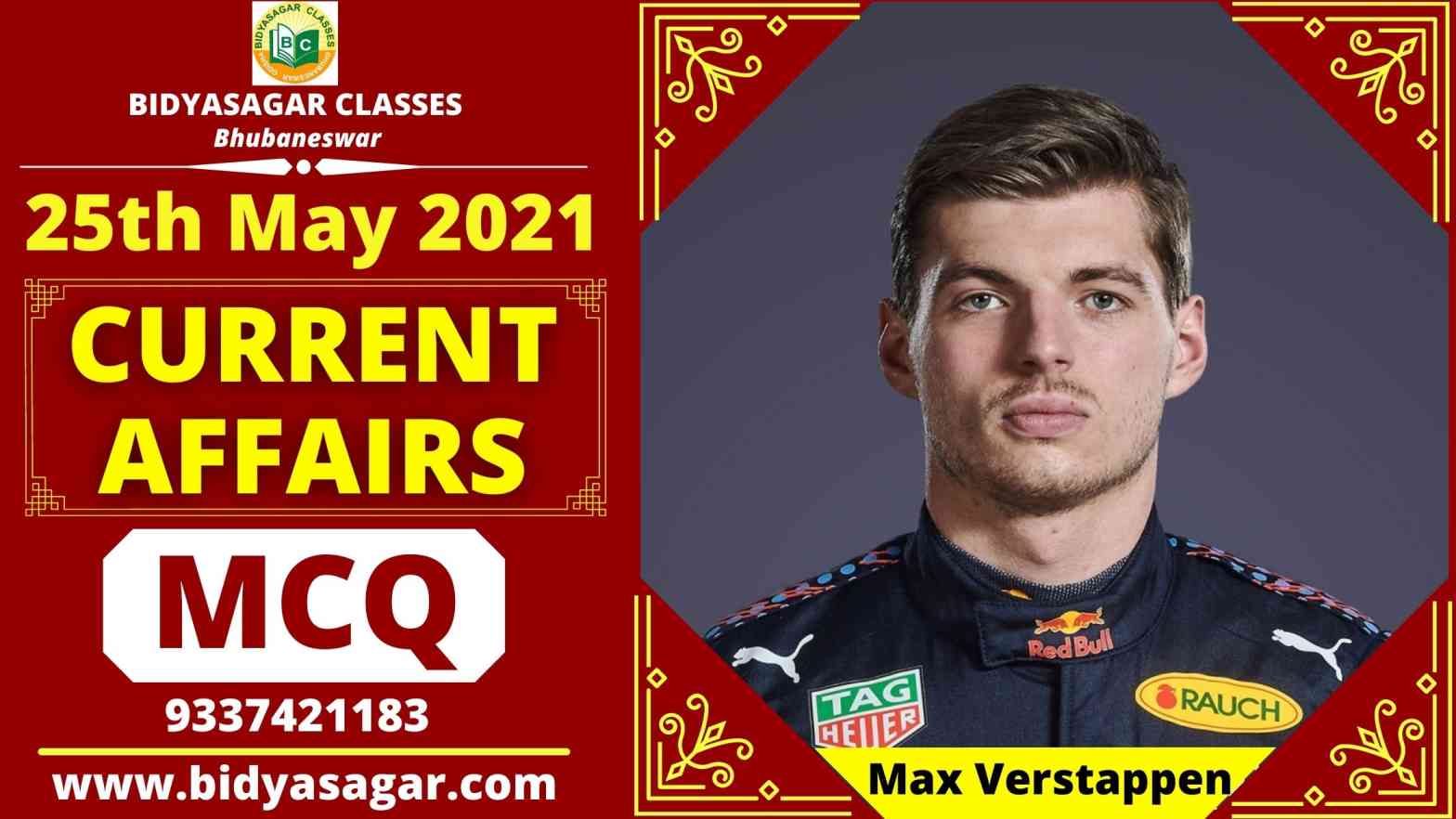 1. Who among the following is the author of the book “Nehru, Tibet and China”?
(A) T. Sathish
(B) Arpit Agrawal
(C) Avtar Singh Bhasin
(D) Shantanu Munshi

3. Who has been elected as a Member of the Badminton World Federation (BWF) Council for the period 2021-25?
(A) Himanta Biswa Sarma
(B) Geraldine Brown
(C) Vishu Tolan
(D) Peter Tarcala

4. What is the theme of World Turtle Day 2021?
(A) Protect turtles and tortoises

5. Who is the new CEO of the Reserve Bank Innovation Hub?

6. Which sport is connected to the Etienne Glichitch Award?

9. For the next three years, until 2024, who has been appointed as the new President of the International Hockey Federation (FIH)?

10. When does the United Nations celebrate the International Day to End Obstetric Fistula?

13. Who has won the 2021 Templeton prize for life’s work on animal intelligence and humanity?
(A) Tahera Qutbuddin
(B) Anupam Kher
(C) Gita Mittal
(D) Jane Goodall

15. What is the theme of the 2021 International Day to End Obstetric Fistula?
(A) End gender inequality! End health inequities!
(B) Women’s rights are human rights! End fistula now
(C) Leaving no one behind: Let us commit to ending fistula now!
(D) Hope, healing, and dignity for all

16. With which sport is O P Bhardwaj, a recipient of the Dronacharya award, who passed away recently, associated with?
(A) Hockey
(B) Badminton
(C) Boxing
(D) Kabaddi

17. Which of the following country has named cyclone ‘Yaas’?
(A) Nepal
(B) Oman
(C) Malaysia
(D) Myanmar

A book has titled “Nehru, Tibet and China” authored by Avtar Singh Bhasin. The book based on years of meticulous archival research, this book in fascinating detail, analyses the events from 1949 to the Indo-China war in 1962 and its aftermath to explore the answers to these burning questions.

Ambani’s total wealth now stands at $76.5 billion, making him the 13th richest in the world, followed by Adani at 14th.

The Badminton Association of India (BAI) President Himanta Biswa Sarma has been elected as a Member of the c for the period 2021-25.

Hockey India received the prestigious Etienne Glichitch Award for its contributions to the sport’s growth and development in the region.

True Beacon Global’s GIFT IFSC alternative investment fund (AIF) has received the first-ever foreign portfolio investor (FPI) license from Kotak Mahindra Bank. This is the first FPI license granted by any custodian bank or designated depository participant (DDP) in the country to an AIF incorporated in the GIFT IFSC.

Narinder Batra has been re-elected as the President of the International Hockey Federation (FIH) for the second consecutive term.

Since 2013, the United Nations (UN) has commemorated the International Day to End Obstetric Fistula on the 23rd of May to encourage action toward treating and preventing obstetric fistula, a disorder that affects many girls and women in developing countries during childbirth.

The Global G20 Health Summit was co-hosted by European Commission along with Italy as part of its G20 presidency amid the surge and spread of coronavirus cases.

UFC star Conor McGregor has topped the Forbes list by earning $180 million in the past year beating soccer superstars Lionel Messi and Cristiano Ronaldo to become the highest-paid athlete in the world.

The naturalist Jane Goodall has been announced as the 2021 winner of the Templeton Prize in recognition of her life’s work on animal intelligence and humanity. Goodall, 87, built her global reputation on her groundbreaking studies of chimpanzees in Tanzania in the 1960s.

Atletico Madrid pipped city rivals Real Madrid to the La Liga title on 22nd May Luis Suarez fired them to a 2-1 comeback win at Real Valladolid.

Yaas, named by Oman as such, refers to a Jasmine-like tree that has a good fragrance.

A book has titled ‘India and Asian Geopolitics: The Past, Present’ is authored by Shivshankar Menon.

World Turtle Day is observed on May 23 every year by American Tortoise Rescue, a nonprofit organization.

Red Bull’s Max Verstappen has won the Monaco Grand Prix for the first time to take the Formula One championship lead from Lewis Hamilton.