The Hindu Editorial Vocabulary of 25th May 2021 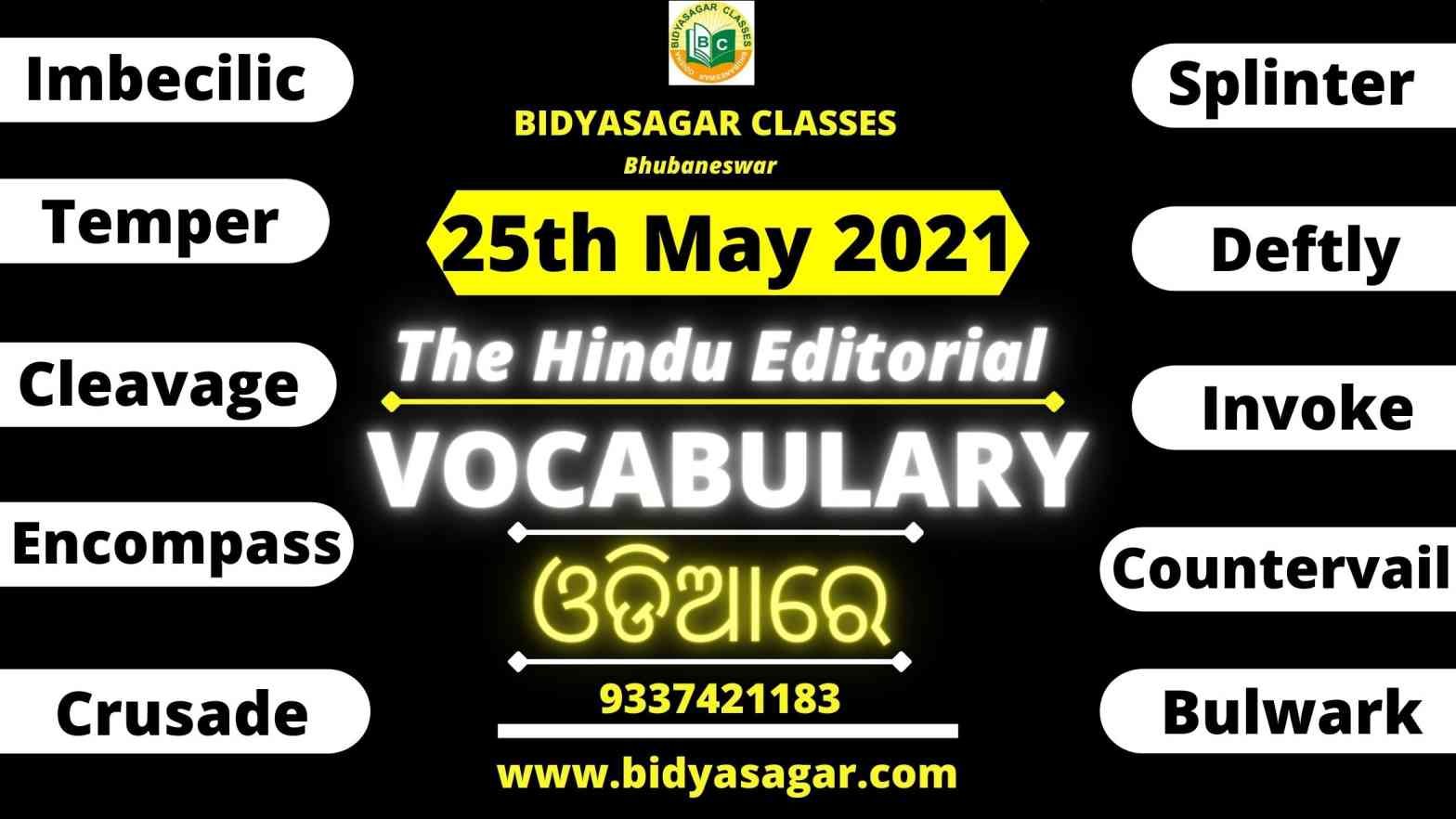 Use: That was an imbecilic thing to do!

Use: He has a bad temper.

Use: There is a marked cleavage between the parties about the government’s defense policy.

Meaning (English): to mention or use of law etc. as a reason for doing something

Use: This command will invoke the HELP system.

Synonyms: Bring on, Cause

Meaning (English): to Surround & have or hold within

Use: The most magical moments encompass both.

Antonyms: leave out, miss out

Meaning (English):  compensate for or counterbalance

Use: His skills countervail his opponent’s superior strength.

Meaning (English): the extent or length of reaching out.

Use: An AIDS outreach program for prostitutes on the streets.

Meaning (English): A fight or series of activities for something you believe to be good

Use: For 23 years he led a crusade for peace.

Meaning (English): an embankment built around a space for defensive purposes

Use: That country is a bulwark of freedom.