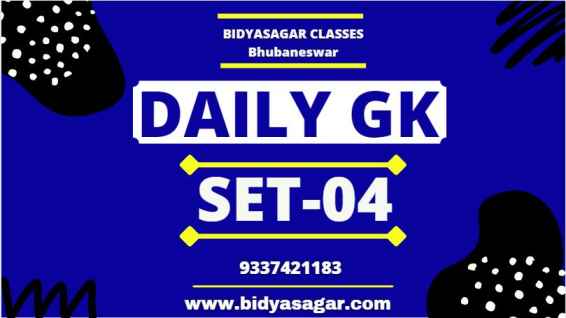 1. What is theme of the International Day of Happiness 2020?
A. Have right to live happy
B. Happiness for All, Together
C. Forgotten Sufferers
D. Never Alone
E. Live Happy
2. Libreville is the capital of which country?
A. Congo
B. Ghana
C. Gabnon
D. Mali
E. Senegal
3. Ordinance Factories Day is observed on which Date?
A. 18 March
B. 19 March
C. 17 March
D. 16 March
E. 15 March
4. Which day has been celebrated as National Vaccination Day?
A. 16 March
B. 16 April
C. 10 April
D. 11 May
E. 16 June
5. What is the theme of World Consumer Rights Day 2020?
A. Consumer Safety
B. Consumer Awareness
C. The Sustainable Consumer
D. Consumer Rights – Awareness and Safety
E. Educate Consumers
6. Gudi Padwa or ‘Chaitra Shukla Pratipada’ is mainly celebrated in which state?
A. Rajasthan
B. Gujarat
C. Maharashtra
D. Uttar Pradesh
E. Haryana
7. Gorakhpur city is located on which of the following river?
A. Rapti
B. Tapti
C. Gomati
D. Ghaghara
E. Koshi
8. Pushpagiri Wildlife Sanctuary is one of the most important bird sanctuaries of the world. The sanctuary is located in ______.
A. Karnataka
B. Andhra Pradesh
C. Telangana
D. Kerala
E. Tamil Nadu
9. Jainsem is the traditional costume for women and is usually made of mulberry silk, a local specialty. Over the jainsem, they wear cotton shawls called tap-moh khlieh. The dress belongs to which state?
A. Ladakh
B. Tripura
C. Meghalaya
D. Assam
E. Nagaland
10. What is ‘Sowa-Rigpa’?
A. Tibetan system of medicine
B. Tibetan Festivals
C. Name of Herb found in Ladakh
D. Yunani system of medicine
E. None of these
11. In which of the following states wheat is not produced?
A. Maharashtra
B. Karnataka
C. Tamil Nadu
D. West Bengal
12. Which is the state with the lowest population in India?
A. Goa
B. Tripura
C. Mizoram
D. Sikkim
13. Which one of the following National Park/Sanctuary is not in Rajasthan?
A. Sariska National Park
B. Sambar Wildlife Sanctuary
C. Rajaji National Park
D. Rhanthambore National Park
14. Which of the following museums in India and its location is wrongly matched?
A. National Railway Museum : New Delhi
B. The Calico Museum of Textiles : Mumbai
C. Salar Jung Museum : Hyderabad
D. Napier Museum : Thiruvananthapuram
15. Volcanic activity is more common in
A. Hawai
B. Japan
C. Colombia
D. New Zealand
16. The atmospheric layer closest to the earth is:
A. Mesosphere
B. Hydrosphere
C. Troposphere
D. Ionosphere
17. ‘Yellow Revolution’ is associated with the production of:
A. Poultry
B. Gold
C. Sunflower
D. Oil seeds
18. Which city has the Headquarters of two railway zones in India?
A. Hubli
B. New Delhi
C. Mumbai
D. Jabalpur
19. The Kullu Valley is situated between
A. Ladakh and Pirpanjal
B. Ranjoti and Nag Tibba
C. Lesser Himalayas and Siwalik
D. Dhauladhar and Pirpanjal
20. The mountains which are not a part of the Himalayan chain:
A. Aravalli
B. Kunlun
C. Karakoram
D. Hindukush

Rajaji National Park is an Indian national park & Tiger Reserve that encompasses the Shivaliks, near the foothills of the Himalayas. It is spread over 820 km ², and three districts of Uttarakhand: Haridwar, Dehradun and Pauri Garhwal.

The growth, development and adoption of new varieties of oilseeds and complementary technologies nearly doubled oilseeds production from 12.6 mt in 1987-88 to 24.4 mt in 1996-97, catalyzed by the Technology Mission on Oilseeds, brought about the Yellow Revolution.

The Central Railway is one of the largest of the all zones of Indian Railways. Its headquarters is in Mumbai at Chhatrapati Shivaji Terminus (formerly Victoria Terminus). It includes the first passenger railway line in India, which opened from Bombay to Thane on April 16, 1853.
Western Railway headquarters is in Mumbai’s Churchgate station and serves the entire state of Gujarat, some portions of Western Madhya Pradesh, and coastal Maharashtra.

The majestic Kullu Valley is cradled by the Pir Panjal to the north, the Parvati Range to the east, and the Barabhangal Range to the west. This is Himachal at its most idyllic, with roaring rivers, pretty mountain villages, orchards and terraced fields, thick pine forests and snow-flecked ridges. The valley extends 80km north from the mouth of the perilously steep and narrow Larji Gorge, near Mandi, to the foot of the Rohtang Pass – gateway to Lahaul and Ladakh.

The Aravali Range literally meaning ‘line of peaks’, is a range of mountains in western India running approximately 692 km in a northeastern direction across Indian states of Gujarat, Rajasthan, Haryana and Delhi. Aravalli range are not a part of the Himalayan chain.