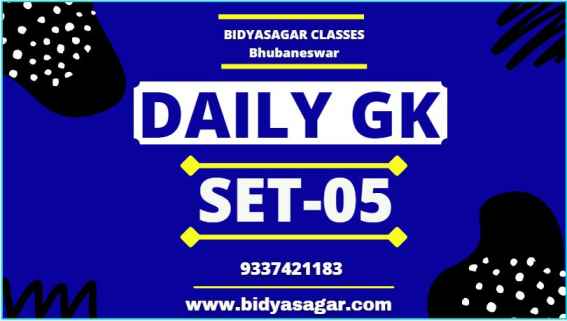 1. __________ refers to the number of births during a given period in the population that are added to the initial density.
A. Natality
B. Mortality
C. Immigration
D. Emigration
2. The process of depositing a layer of any desired metal on another material by means of electricity is called __________.
A. Electroplating
B. Galvanisation
C. Rusting
D. Crystallisation
3. What is the chemical formula of “Sal ammoniac”?
A. NH4Cl
B. Na2CO3
C. NaCO3
D. NHCl4
4. Which glass contains lead oxide (PbO) and used in optical instruments?
A. Crook’s glass
B. Jena glass
C. Flint glass
D. Potash glass
5. Which of the following are true about the difference between auricles and ventricles?
i. The atria are chamber which pumps blood to body tissues and the ventricles chambers of the heart, which receives the blood from body tissues.
ii. The atria stand for the upper chambers of the heart, while the ventricles are the lower chambers.
iii. The atria are chamber which receives the blood from body tissues and the ventricles are chambers of heat, which pump blood to body tissues.
iv. Atria ventricles receive blood from the left atria and force it into the aorta
While the ventricles act as receptors of deoxygenated blood.
A. i and ii
B. ii, iii and iv
C. ii and iii
D. i, ii and iv
6. Which one of the following is a true fish as per the biological system of classification?
A. Silverfish
B. Jellyfish
C. Cuttlefish
D. Flying fish
7. Consider the following chemical reaction:
aFe2O3(s) + bCO(g) → cFe(s) + dCO2
In the balanced chemical equation of the above, which of the following will be the values of the coefficients a, b, c and d respectively?
A. 3, 2, 3, 1
B. 1, 3, 2, 3
C. 2, 3, 3, 1
D. 3, 3, 2, 1
8. A person throws an object on a horizontal frictionless plane surface. It is noticed that there are two forces acting on this object – (i) gravitational pull and (ii) normal reaction of the surface. According to the third law of motion, the net resultant force is zero. Which one of the following can be said for the motion of the object?
A. The object will move with acceleration.
B. The object will move with deceleration.
C. The object will move with constant speed, but varying direction.
D. The object will move with constant velocity.
9. The most ozone gas (about 90%) is located in the atmospheric layer of
A. ionosphere
B. troposphere
C. stratosphere
D. mesosphere
10. A person is standing on a frictionless horizontal ground. How can he move by a certain distance on this ground?
A. By sneezing
B. By jumping
C. By running
D. By rolling
11. The Bahami Kingdom was founded by
A. Ahmad Shah I
B. Alaudin Hasan
C. Mahmud Gavan
D. Firuz Shah Bahmani
12. Gandhiji withdrew the Non-Cooperation Movement due to
A. Chauri-Chaura Incident
B. Champaran Movement
C. Kakori Conspiracy
D. Bardoli Movement
13. Which of the following dynasty succeeded the Mauryas?
A. Satavahanas
B. Sungas
C. Yavanas
D. Pandya
14. Who was the first known Gupta ruler?
A. Srigupta
B. Chandragupta I
C. Skandagupta
D. Kumargupta I
15. Where is the famous Virupaksha Temple located?
A. Bhadrachalam
B. Chidambaram
C. Hampi
D. Srirangam
16. Who among the following did not participate in the 1857 Revolt against the British?
A. Tantia Tope
B. Tipu Sultan
C. Rani Lakshmi Bai
D. Nana Saheb
17. Who was the founder of the “Prarthana Samaj”?
A. Ramakrishna Paramahansa
B. Swami Vivekananda
C. Athmaram Panduranga
D. Dayananda Saraswathi
18. In the early Vedic period, Varna system was based on:
A. Education
B. Birth
C. Occupation
D. Colour
19. ‘Kesari’, the Newspaper was started by:
A. G.K. Gokhale
B. B. G. Tilak
C. Sardar Patel
D. Raja Ram Mohan Roy
20. Varahamihira is
A. An astronaut
B. An ancient physician
C. A scientist
D. An ancient astronomer

Electroplating is the process of depositing a layer of any desired metal on another material by means of electricity. It is process of plating or coating of one metal to another by the use of electricity. It is also called as electrode position. The cathode and anode immersed in electrolyte and the direct current is supplied to anode which helps to oxidize the metal ions and helps to dissolve in solution. The dissolved metal ions are deposited on cathode and metal ions are reduced at the interface between the solution and the cathode.

NH4Cl is the chemical formula of “Sal ammoniac”.

Cuttlefish or cuttles are marine animals of the order Sepiida. They belong to the class Cephalopoda, which also includes squid, octopuses, and nautiluses. Cuttlefish have a unique internal shell, the cuttlebone. Despite their name, cuttlefish are not fish but molluscs.
Jellyfish are soft bodied, free-swimming aquatic animals with a gelatinous umbrella-shaped bell and trailing tentacles.
Lepismasacharina commonly known as silver fish is small wingless insect belongs to phylum-Arthropoda.
The Exocoetidae are a family of marine fishes in the order Beloniformes class Actinopterygii. Fish of this family are known as flying fish.

Fe2O3 + 3CO = 2Fe + 3CO2
Hematite + Carbon Monoxide = Iron + Carbon Dioxide
In this reaction, the iron oxide is reduced to iron, and the carbon is oxidised to carbon dioxide.

When an object is said to be moving with constant velocity the resultant force acting on the body is zero. To bring change in momentum an external force is required to change the momentum.

About 90% of ozone gas is present in the second atmospheric layer called Stratosphere. It is about 15-30 km above the Earth’s surface. It plays a vital role by protecting us from the harmful effects of UV rays. Because of environmental pollution and excessive use of CFCs the ozone layer is in danger.

When we sneeze, air expiates with force through our nose and mouth. According to third law of motion, there is an equal and opposite reaction for every action. So, a frictionless horizon which cannot grip us will make us move in opposite direction.

The sultanate was founded on 3 August,1347 by governor Ala-ud-Din hassan Bahman Shah, a Persian (Tajik) descent from Badakhshan, who revolted against the Sultan of Delhi, Muhammad bin Tughiaq.

The non-cooperation movement was withdrawn because of the Chauri Chaura incident. The incident led to the deaths of three civilians and 22 policemen. Mahatama Gandhi, who was strictly against violence, halted the non-co-operation movement on the national level on 12 February 1922, as a direct result of this incident.

The Gupta Empire was an ancient Indian empire, founded by Maharaja Sri Gupta, which existed at its zenith from approximately 320 to 550 CE and covered much of the Indian Subcontinent.

Tipu Sultan, also known as the Tiger of Mysore, Dipu Sultan and Tipu Sahib, was a ruler of the Kingdom of Mysore. He was the eldest son of Sultan Hyder Ali of Mysore. He died on 4 May 1799. Therefore Tipu Sultan following did not participate in the 1857 Revolt against the British.

Prarthana Samaj, or “Prayer Society” in Sanskrit, was a movement for religious and social reform in Bombay based on earlier reform movements. Prarthana Samaj was founded by Aatma Ram Pandurang in 1867 with an aim to make people believe in one God and worship only one God.

Varna is a Sanskrit word that means character, quality, or nature. Due to the polysemic nature of Sanskrit, one word can have many meanings. Varna can also mean colour or class. Ancient Hindu literature classified all humankind, and all created beings, in principle into four varnas:
* The Brahmins: priests, teachers and preachers
* The Kshatriyas: kings, governors, warriors and soldiers
* The Vaishyas: cattle herders, agriculturists, artisans and merchants
* The Shudras: labourers and service providers
This quadruple division is an ancient stratification of society, not to be confused with the much more nuanced jati or “caste”.

Kesari is a Marathi newspaper which was founded in 1881 by Lokmanya Bal Gangadhar Tilak, a prominent leader of the Indian Independence movement. The newspaper was used as a spokes piece for the Indian national freedom movement, and continues to be published by the Kesari Mahratta Trust and Tilak’s descendants

Varāhamihira (505–587 CE), also called Varaha or Mihir, was an Indian astronomer, mathematician, and astrologer who lived in Ujjain. He was born in Avanti region, roughly corresponding to modern-day Malwa, to Adityadasa, who was himself an astronomer.