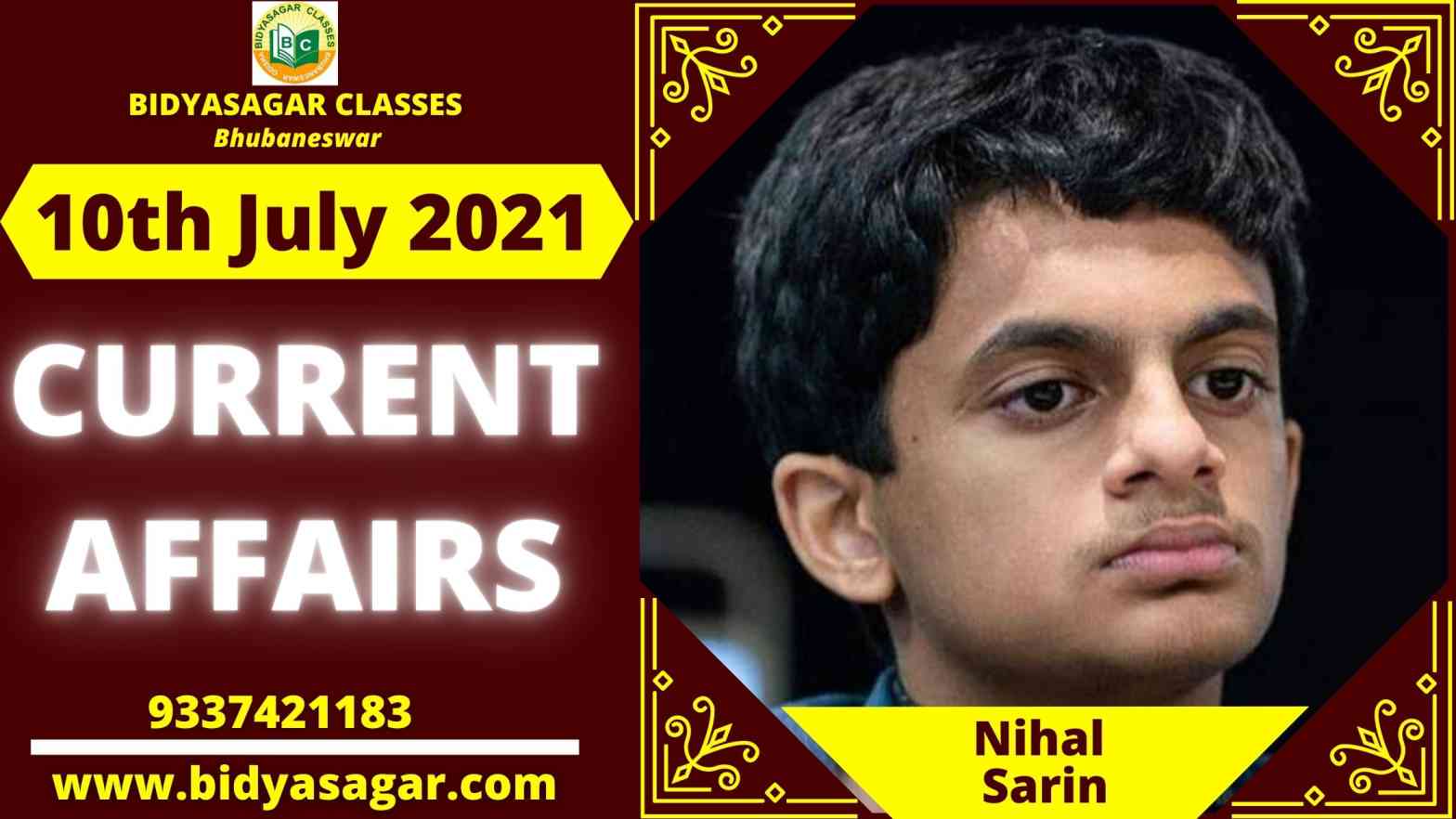 In this article, we will discuss all the important current affairs of 10th July 2021 in detail.

2. By November 1, the Kerala government will have its own OTT platform.

4. Under the NISHTHA programme, J&K ranks first in the country.

6. Nirmala Sitharaman, the Finance Minister of India, is participating virtually in the G20 High-Level Tax Symposium on Tax Policy and Climate Change.

7. Tabar, an Indian naval ship, participates in a military drill with the Italian Navy.

8. The International Monetary Fund (IMF) has approved a $ 650 billion expansion to combat the Covid-19 pandemic.

9. The Reserve Bank of India has tweaked the rules for interest on unclaimed funds after a deposit matures.

10. Drip Capital and SBM Bank India have teamed up to help MSME exporters.

12. The Axis Bank’s ‘Power Salute’ programme gives an Indian Army compensation package for those who have served in the military.

14. The National Multi Commodity Exchange of India (NMCX) and the European Energy Exchange AG (EEX) have signed a Memorandum of Understanding (MOU) with the goal of knowledge sharing and expertise exchange on electricity derivative products.

15. Nihal Sarin of India wins the Serbia Open chess tournament and joins the top 100 players in the world.

17. After Delhi and Mumbai, Cochin Airport is the third busiest in terms of international traffic. Between the months of January and May

19. Keshav Datt, an Olympic gold medalist in hockey, has died.