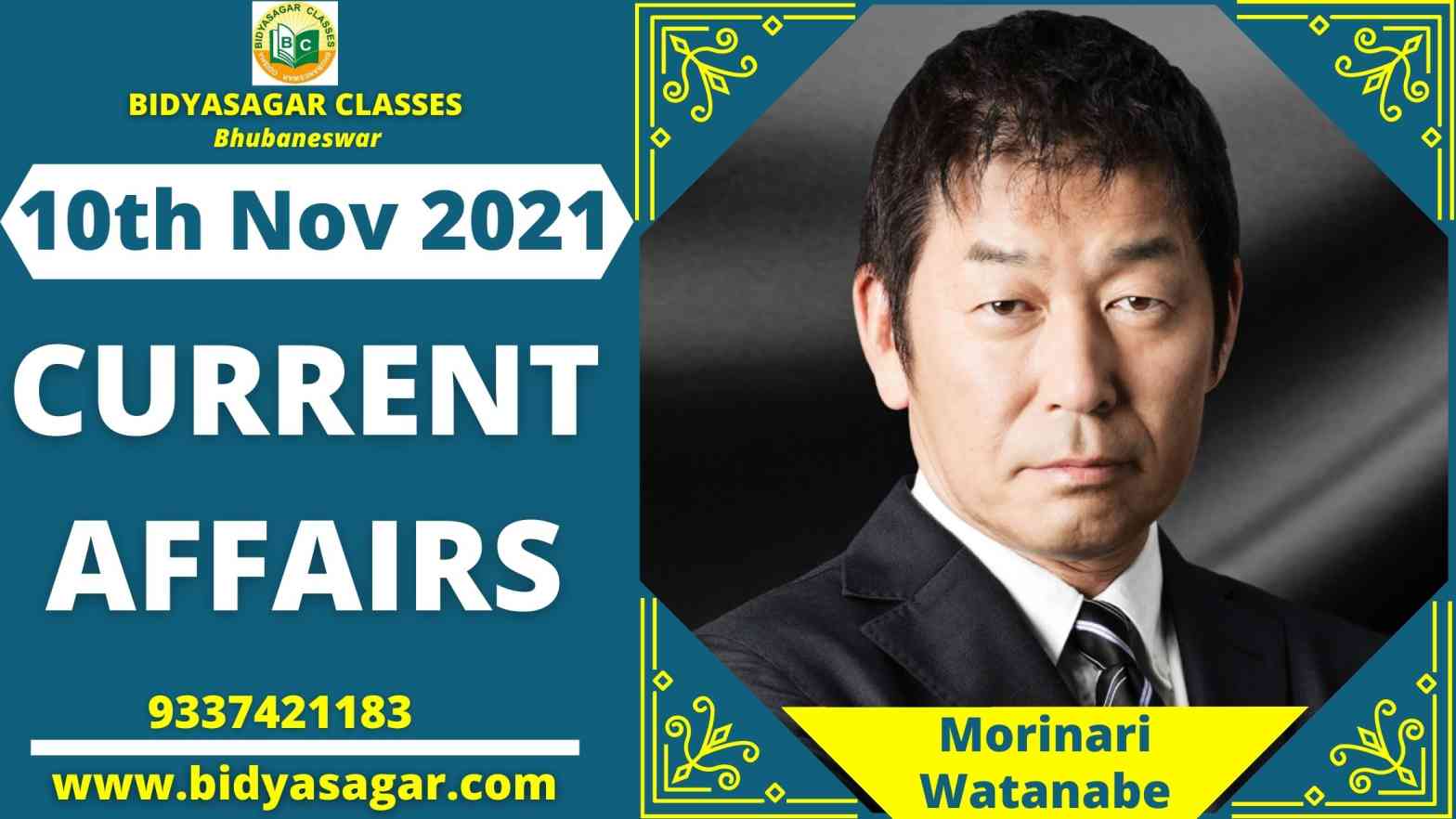 In this article, we will discuss all the important current affairs of 10th November 2021 in detail.

1. Tissue Culture-Based Seed Potato Rules were approved for the first time in India by Punjab.

3. The National Logistics Index for 2021 has been issued.

4. Srinagar has been accepted into the UNESCO network of innovative cities.

5. Wang Yaping is the first woman from China to walk in space.

6. HARBINGER 2021 is the name of the first global hackathon organised by RBI.

7. Junio partners with RuPay to offer a debit card to pre-teens and teenagers.

8. Daniel del Valle is named as the IHRF’s High Representative for Youth.

11. The October ICC Players of the Month have been revealed.

13. 10 November is World Science Day for Peace and Development.