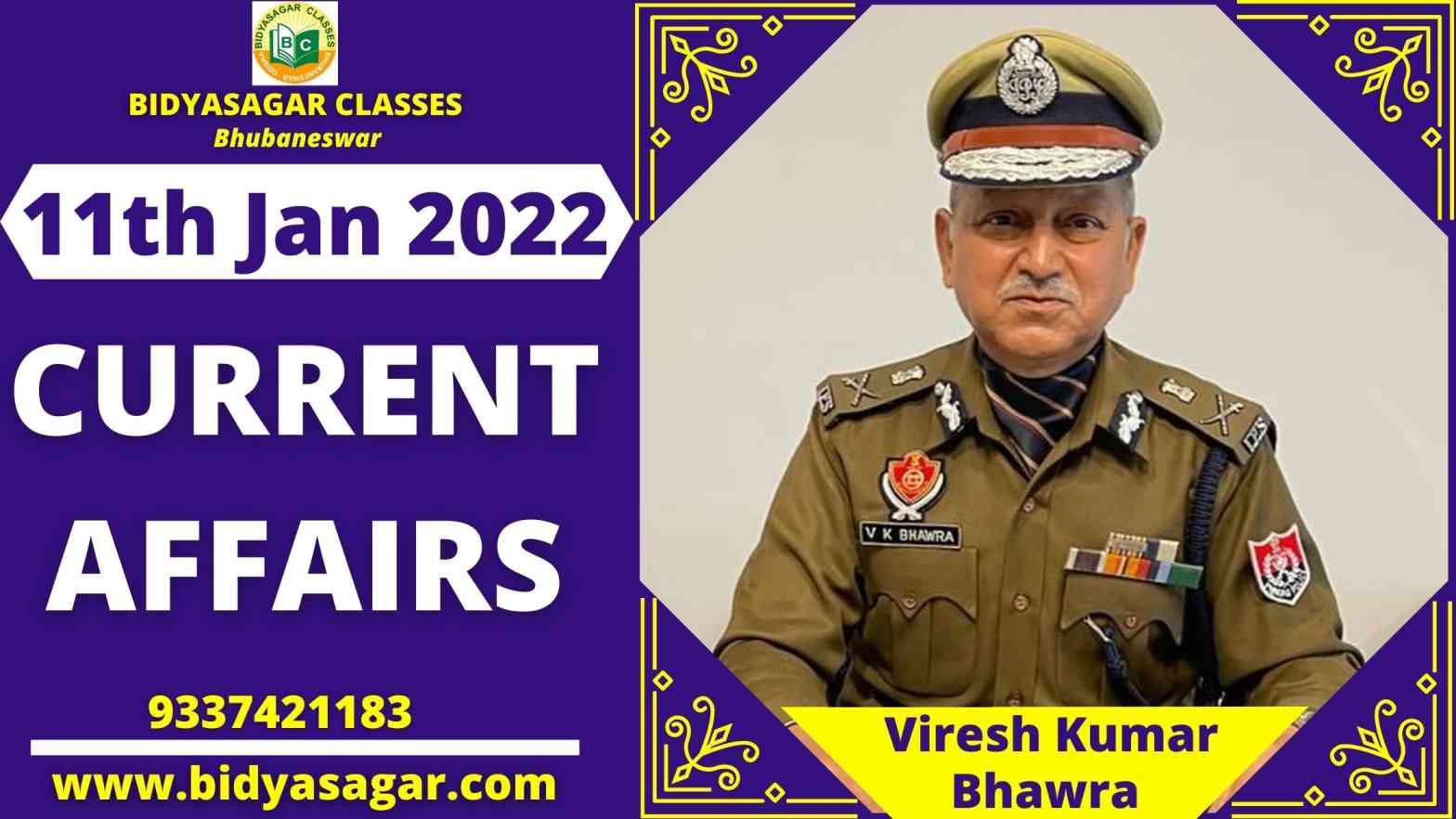 In this article, we will discuss all the important current affairs of 11th January 2022 in detail.

1. In Assam, the National Health Mission established the ‘Niramay’ project.

4. Kochi was the first city in India to build a water metro system.

5. The Telangana government has launched the ‘Urban Forest Park’ mobile app, which is the first of its kind.

6. J&K signed a Memorandum of Understanding with Century Financial in Dubai to acquire a USD 100 million investment.

7. In polls, the ECI upped the spending limit for candidates.

8. The amount of money deposited in Jan Dhan accounts has surpassed Rs 1.5 lakh crores, according to the Finance Ministry.

9. The Reserve Bank of India has established a separate internal department for fintech (financial technology) by subsuming the fintech division of DPSS (department of payment and settlement systems), Central Office (CO) to facilitate innovation and help identify, address challenges and opportunities in the fintech sector. It is headed by Ajay Kumar Choudhary.

13. At the 78th SKOCH Summit, the Forensic Science Laboratory was awarded the Silver SKOCH Award for Governance in 2021.

14. The Golden Globe Awards for 2022 have been announced.