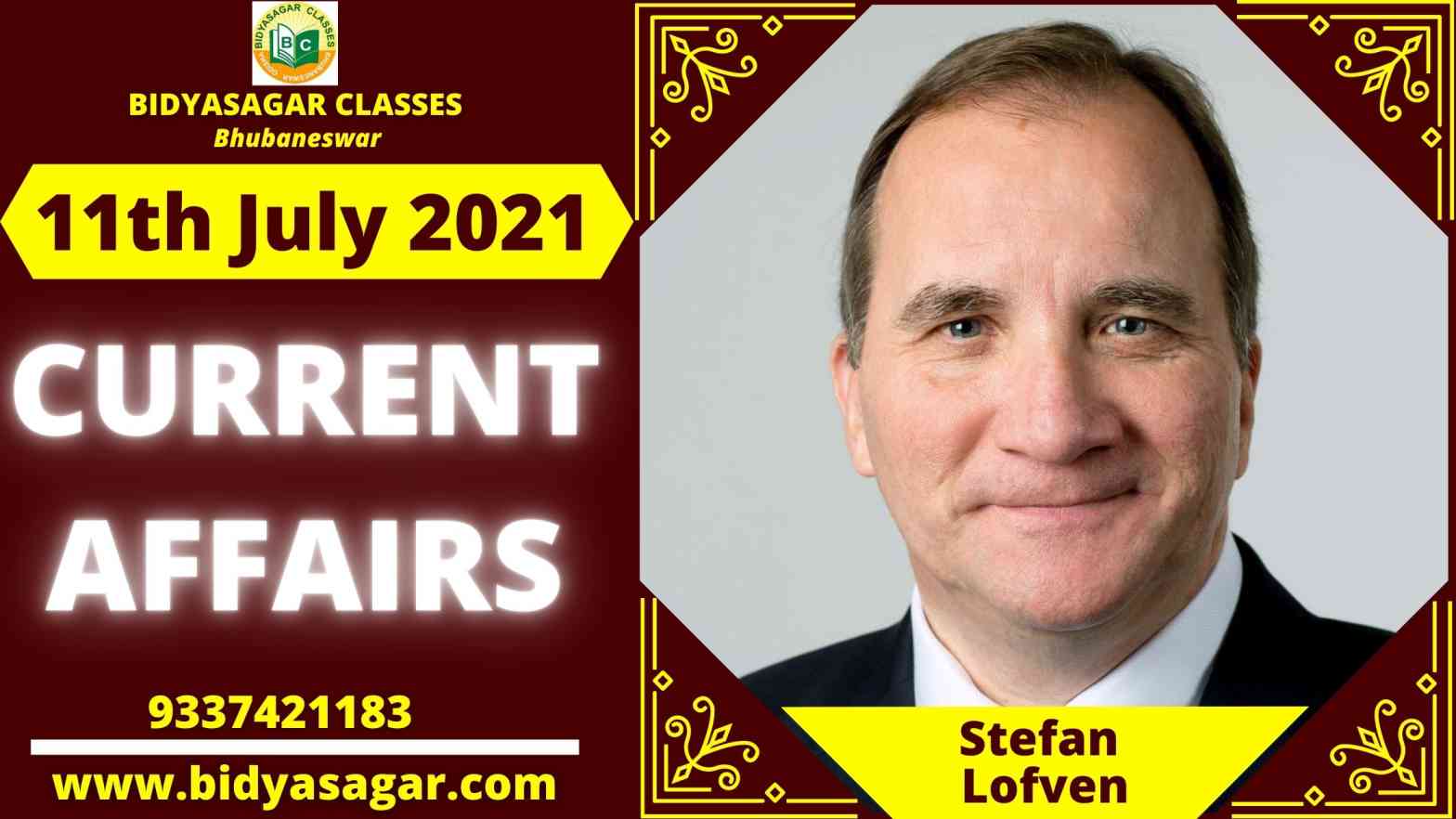 In this article, we will discuss all the important current affairs of 11th July 2021 in detail.

1. The IAF receives the final Apache and Chinook helicopters from Boeing.

2. To enable a seamless journey for Mumbaikars, Mastercard, Mumbai Metro, and Axis Bank have launched the ‘One Mumbai Metro Card.’

3. Axis Bank and NIIT have teamed up to develop a digital banking academy.

6.Flipkart has partnered with the Karnataka government to encourage art and craft.

8. Lofven was re-elected as Prime Minister of Sweden.

9. Manipur’s Gyanendro Ningombam is the next Officiating President of Hockey India.

10. Kanchan Ugursandi has completed the world’s first solo motorbike adventure, which took him through 18 Himalayan passes.