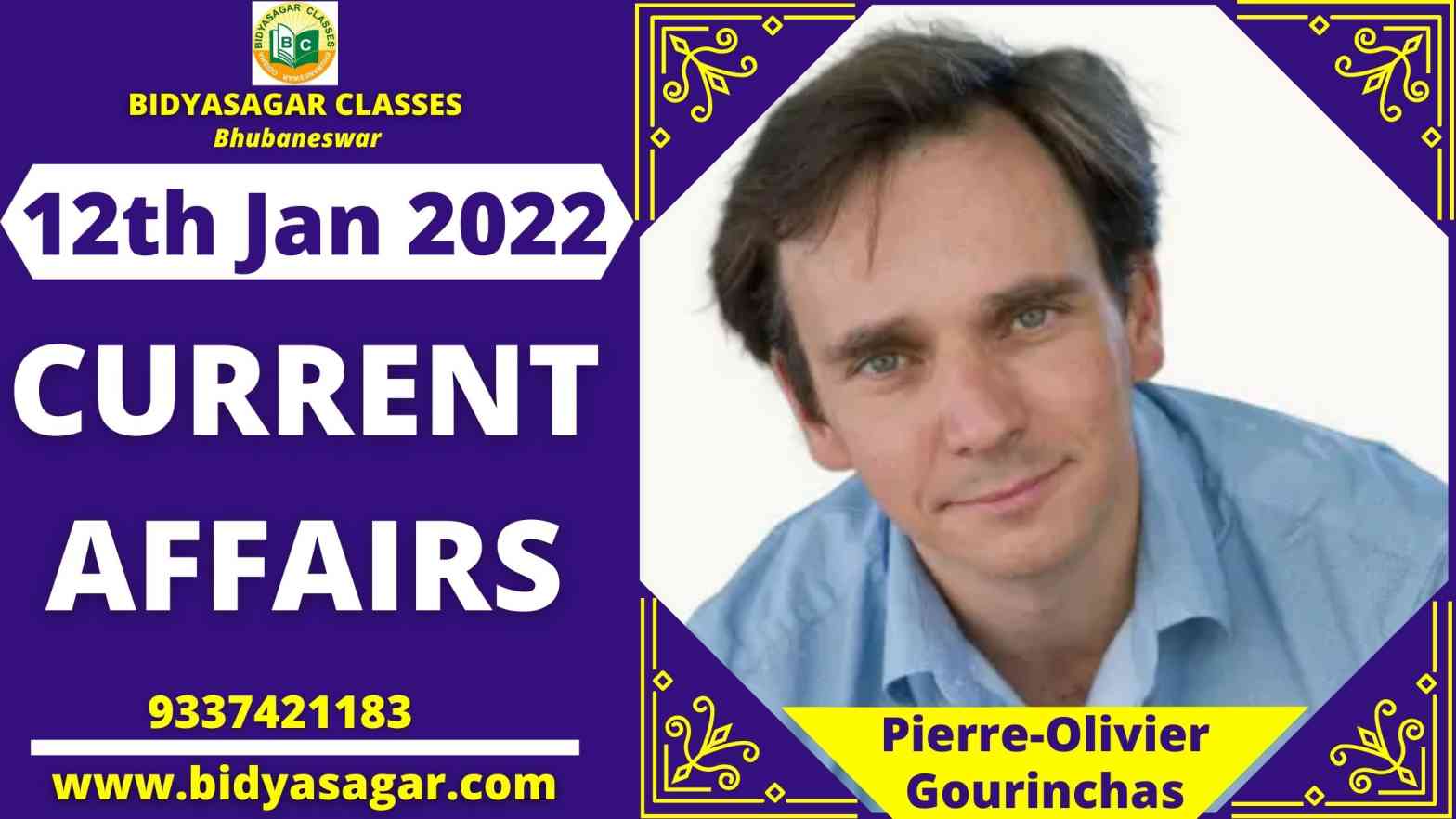 In this article, we will discuss all the important current affairs of 12th January 2022 in detail.

1. Kazakhstan’s next Prime Minister has been named Alikhan Smailov.

2. India is ranked 83rd in the Henley Passport Index 2022, while Japan and Singapore are at the top.

3. In the form of equity, the Government of India will own 35.8% of Vodafone Idea.

4. In its ‘Global Economic Prospects’ Report, the World Bank predicted that India’s economy would grow at 8.3% in FY22.

7. RenewBuy has named RajKummar Rao as their brand ambassador.

8. Ajaz Patel has been named the International Cricket Council’s Player of the Month for December 2021.

10. Harshaali Malhotra has been given the Bharat Ratna Dr. Ambedkar Award for the year 2022.