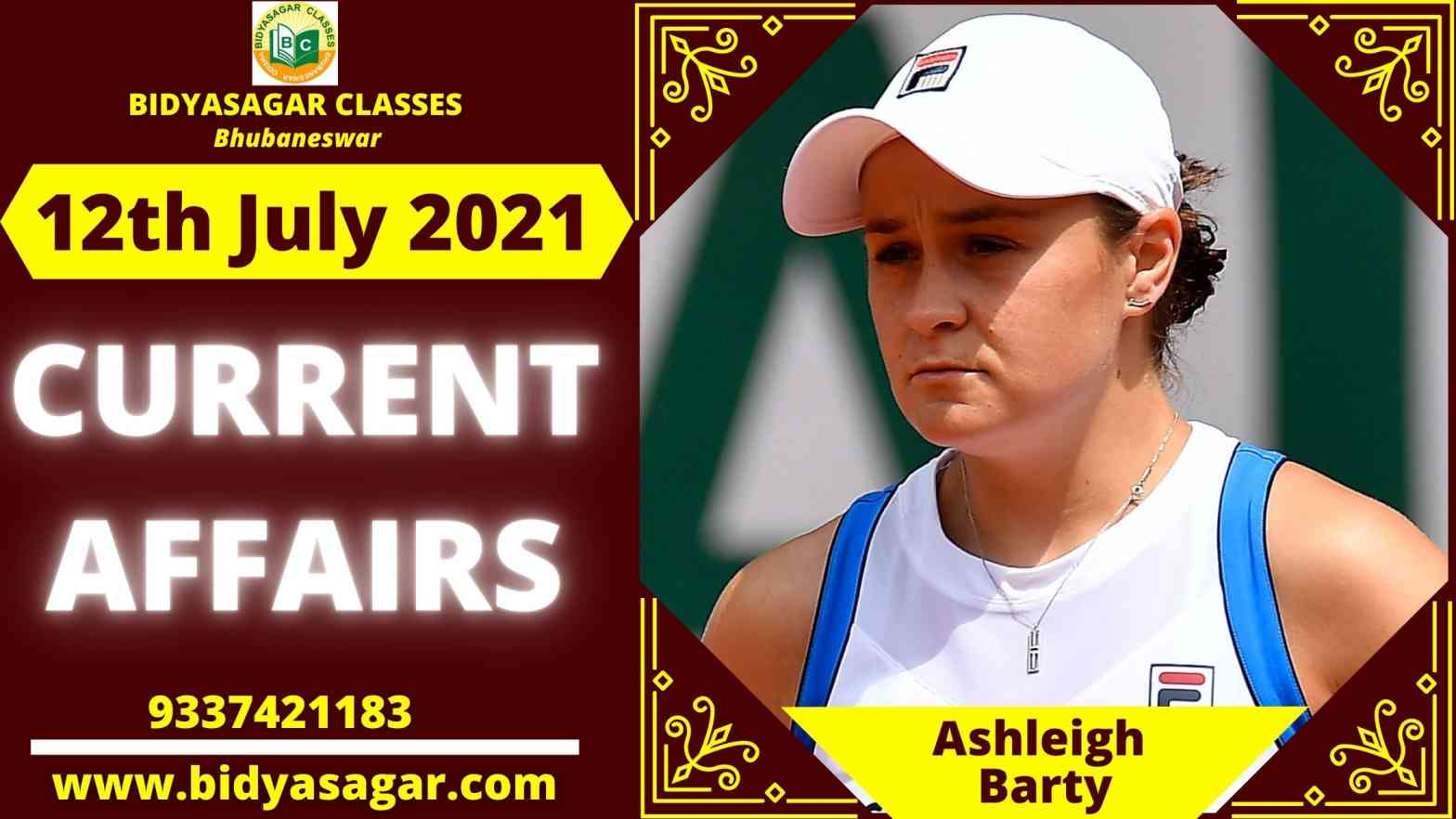 In this article, we will discuss all the important current affairs of 12th July 2021 in detail.

2. On July 12th, the CPWD department of the Housing and Urban Affairs Ministry honours its 167th year of service to the nation.

3. By 2025, India will have twenty-four Integrated Check Posts on its land borders.

4. The Centre has allocated around 198 lakh tonnes of food grains under PMGKAY for the next five months.

5. All BRICS countries have agreed to India’s proposal for a STI-led BRICS Innovation Cooperation Action Plan (2021-24).

9. The first transaction using the SOFR reference rate has been announced by Axis Bank.

11. In 2020, the United States will be India’s fourth-largest crude oil exporter, according to a report.

13. After President Jovenel Moise was assassinated, Haiti’s senate, which now had only a third of its customary 30 senators, nominated Joseph Lambert to serve as interim president.

16. After a shootout victory over England, Italy was declared Euro Cup 2020 champions.

17. Argentina wins the Copa America competition with a 1-0 victory over Brazil.

19. His Holiness is a saint. Mar Moran The Supreme Head of the Indian Orthodox Church, Baselios Marthoma Paulos II, has died.