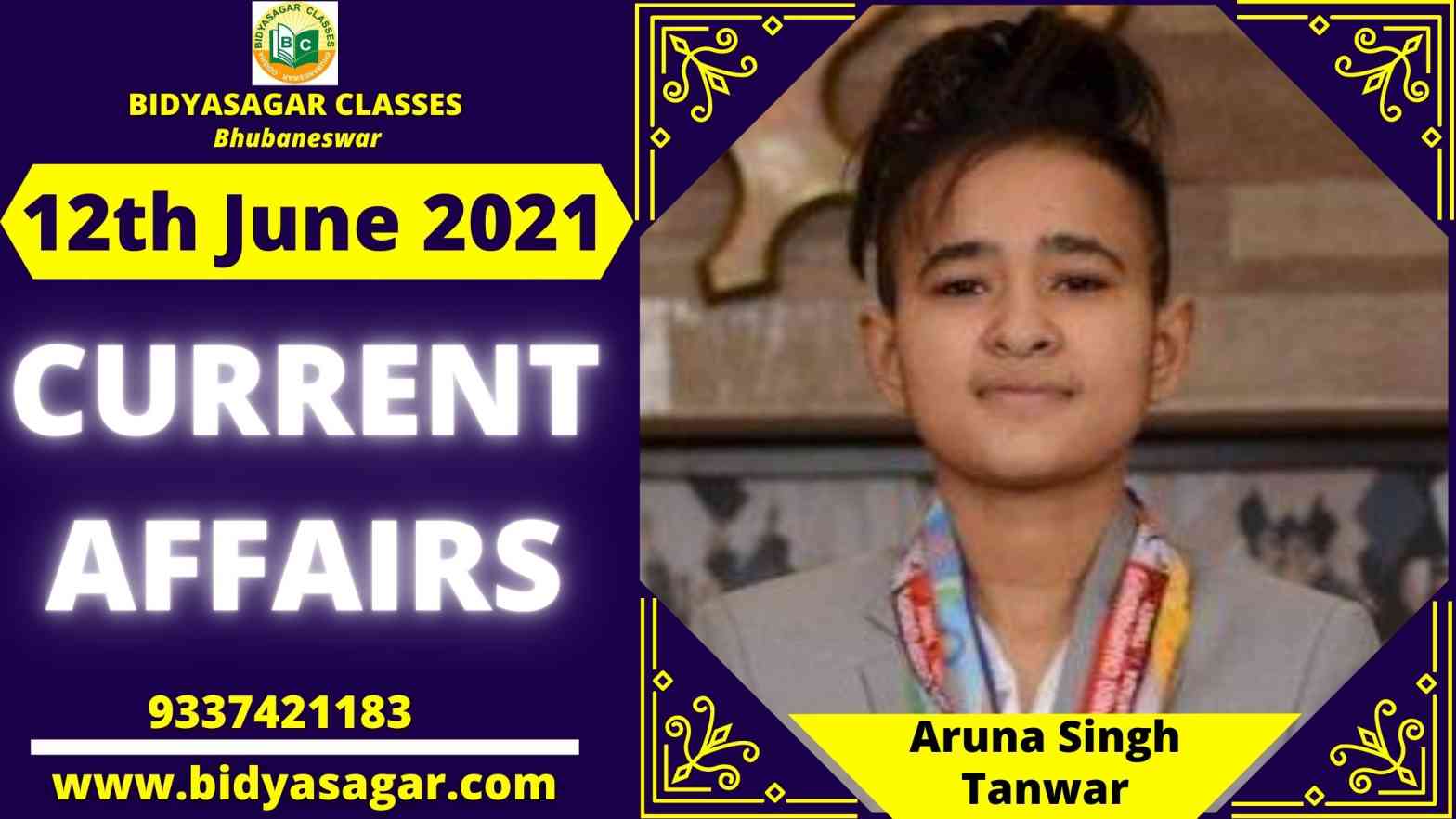 In this article, we will discuss all the important current affairs of 12th June 2021 in detail.

1. The ‘Koita Centre For Digital Health’ has opened at IIT Bombay.

3. On the 70th anniversary of India-Germany relations, the Foreign Secretary releases postage stamps.

5. Despite its arithmetic prowess, India ranks 67th in the world in data capabilities, according to a new report.

6. For Covid-19 patients, SBI has launched the Kavach Personal Loan.

8. For a year, K Nagaraj Naidu will lead the UN bureaucracy.

9. Aruna Tanwar will compete in taekwondo for India for the first time at the Tokyo Paralympics.

10. Vinesh Phogat of India won gold in the women’s 53 kg freestyle at the Poland Ranking Series.

11. The Asia Pacific Productivity Champion Award was given to RS Sodhi.

13. Radha Mohan, an environmentalist who received the Padma Shri award, died at the age of 78.

15.The International Day Against Child Labor is observed on October 1st each year.